Trevor Reeder designed and picked each piece for his bar, the Lucky Duck Bar and Lounge, in Gibbon. Reeder has been in the bar business for almost 14 years and knew he wanted to provide a fun getaway for his customers. 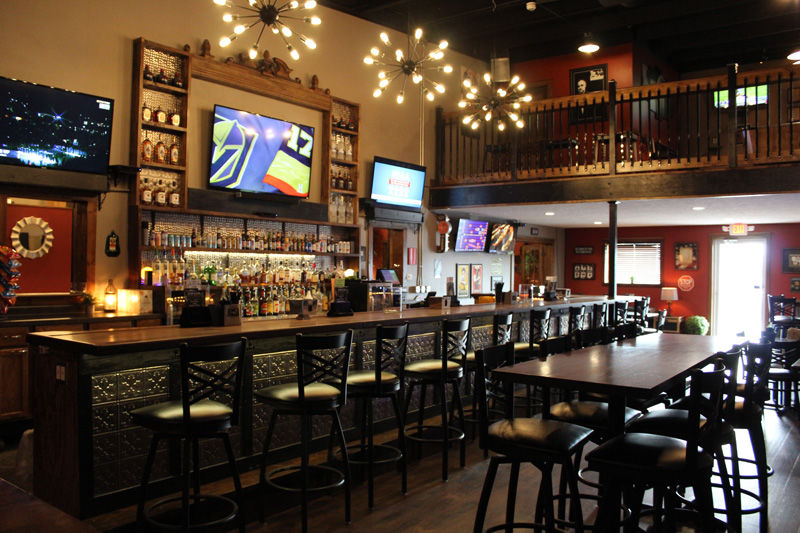 Lucky Duck Bar and Lounge is located at 718 Highway 30, Suite B, in Gibbon. 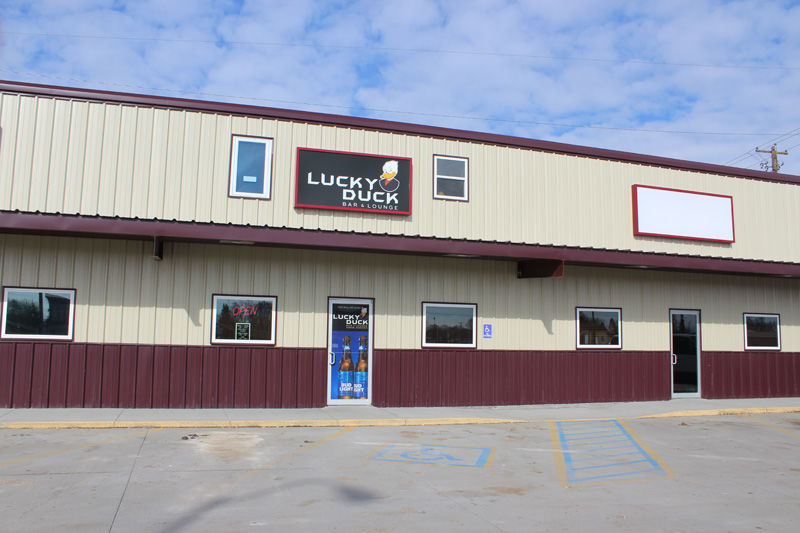 Trevor Reeder designed and picked each piece for his bar, the Lucky Duck Bar and Lounge, in Gibbon. Reeder has been in the bar business for almost 14 years and knew he wanted to provide a fun getaway for his customers.

Lucky Duck Bar and Lounge is located at 718 Highway 30, Suite B, in Gibbon.

GIBBON — Snuggled in the middle of a new strip mall along Highway 30 in Gibbon, customers might expect the Lucky Duck to be a typical small-town bar. But owner Trevor Reeder of Shelton made sure his business would provide an experience customers wouldn’t forget.

The dark wood floors, bar top and tables gleam under the modern light fixtures. The shimmery backsplash behind the bar highlights the array of alcoholic beverages. Plush leather couches and chairs are arranged against the walls for more comfortable seating options. A staircase leads up to a loft where customers may play a game of pool.

The east side of the bar is the Drake Room featuring a stage for bands or karaoke. Lined with long tables, it often is rented for private parties and events. Reeder carefully chose each item in the Lucky Duck, from the massive image of a forest in the Drake Room to framed rock albums.

Reeder, who has been in the bar business for almost 14 years, was interested in transforming an old building in Gibbon into a bar.

“There was an old building that sat here on the corner. A friend of mine owned it, him and his dad. They were tearing it down, and I didn’t realize they were going to do that because I thought, ‘Wow, that would be a neat old building to put a bar in,’” he said.

The site’s owner, Kyle Bond, intended to construct a new building, and they needed an anchor business in the strip mall. Bond asked Reeder if he’d be interested in having his bar there.

“I kind of wanted the creativity to do what I wanted with it. They were like, ‘Well, you can do pretty much whatever you want.’ Which is what I was looking for in starting a new bar is setting it up the way I wanted it set up,” Reeder said.

Reeder drew out sketches of what he wanted in his bar, and his dad, Brian, would bring it to life.

“My dad was a huge, huge help,” Reeder said. “I’d come up with the ideas and not necessarily know how to do it, and my dad can do a little bit of everything.”

Kyle’s father, Dwight, had saved wood from walnut trees that had been cut down in Gibbon when the overpass was built in town. Those pieces of wood were transformed into the Lucky Duck’s bar. The baseboard and trim around the doors in the bar are from Gibbon’s old schoolhouse that had been torn down. Dwight had saved the wood and let Reeder use it.

“I like to bring the old in with the new and kind of mix it all together,” Reeder said.

Reeder didn’t have a theme when he was planning the bar; he wanted it to be different and a getaway for his customers.

“When you walk in, and I hear this all the time from people, ‘Wow, I wasn’t expecting this. This is great,’” he said. “It’s something really different you don’t see in a lot of small towns or anywhere really.”

Reeder had a list of more than 100 names for the bar, and he narrowed it down to about 25. When he would tell people his ideas, they would smile when he would say Lucky Duck. He knew it was the right name for the bar.

The Lucky Duck opened in August 2018, and business continues to grow. Customers travel from Kearney, Shelton, Minden and Ravenna to the bar and lounge.

“Gibbon has been so supportive with everything from the very beginning. It was kind of overwhelming in a good way,” Reeder said. “It’s a draw. People come from out of town to come here. It’s nice. It’s right on the highway. It’s easy to get to.”

The bar and lounge does not have food, but people are welcome to bring in their own. Reeder was able to get approval from the city to have keno in the bar, and customers may play pool, shuffleboard or darts.

Only seven months after opening, the Lucky Duck was a victim of the March 2019 flood. Reeder didn’t realize how bad the flooding in Gibbon was until he witnessed the floodwaters surrounding his bar.

“I was on the other side of the tracks looking over to see what was going on and it just looked like a lake over here. (It was hard) not having any idea what was being ruined,” he said.

There was no major damage done to the building during the March and July floods last year, but it did require a lot of labor to clean up the water and mud and to dry everything out to prevent mold. Volunteers showed up in droves to help Reeder mop, scrub and move things.

“Especially the fire department here is excellent. They stepped up beyond what I ever expected,” he said. “I had a handful of friends and family that were helping, and all of a sudden all these vehicles pull up, and there is like 40-plus people — it’s the fire department. They are here to help. That just gave me goosebumps again thinking about it.”

Reeder had to close down for four to five days during both floods, and before he knew the extent of the damage, he feared it would be the end of Lucky Duck.

“Especially the first time around not knowing what was happening in here. Was the whole thing ruined? I thought maybe it was over. We had just opened up the August before so we were less than a year in. It was heartbreaking and hard to sleep,” he said. “Not knowing if everything you worked for was gone, but I was a Lucky Duck.”