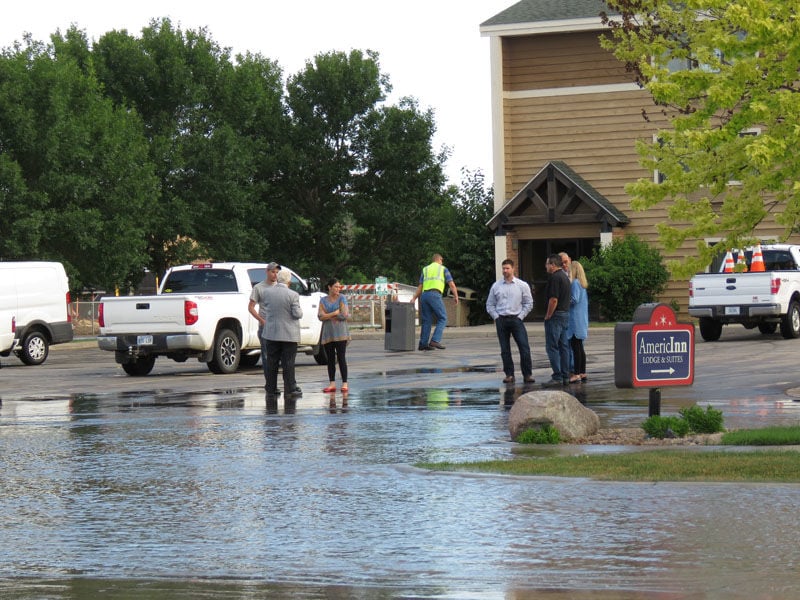 When floodwaters rose in south Kearney on July 9, it left guests marooned at many Kearney hotels and motels, including AmericInn at 215 W. Talmadge St. 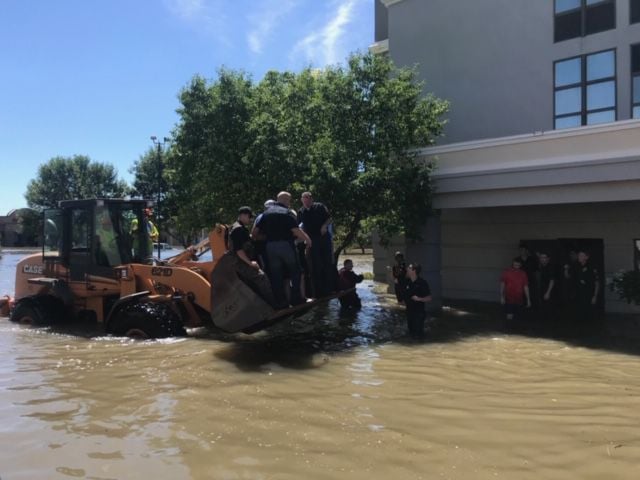 When floodwaters rose in south Kearney on July 9, it left guests marooned at many Kearney hotels and motels, including AmericInn at 215 W. Talmadge St.

KEARNEY — A lot was at stake four months ago as floodwaters rose around Kearney’s hotels and restaurants.

After the July 9 flood, just 600 of Kearney’s 1,800 hotel and motel rooms were usable, and the 1,400 people who are employed in lodging, hospitality and restaurants didn’t know what would become of their jobs.

Roger Jasnoch, executive director of the Kearney Visitors Bureau, said on Monday that Kearney and Buffalo County took a major hit, but have bounced back quickly, and the economic damage might not be as severe as he initially estimated.

One of the best measures of the performance of Kearney’s hospitality industry is the number of dollars collected in county lodging taxes and municipal occupation taxes.

About a month after the July flood, it appeared as if lodging tax collections were off by 37 percent — equating to an initial setback for hotel and motel operators of about $1.2 million. However, Jasnoch said on Monday that lodging and occupation tax collections actually were about 20 percent below expectations, so Kearney’s hotels and motels may not have lost as much as he estimated early on.

Initially, Jasnoch thought funding to the Visitors Bureau would lag the budgeted amounts by about $300,000 in 2019, but now he believes lodging and occupation tax collections will be off by $175,000.

The setback means the Visitors Bureau might have $175,000 less to promote lodging and hospitality businesses in Kearney and Buffalo County.

Promotion is important, Jasnoch said, because tourism not only accounts for 1,400 jobs, it also generates more than $86 million in direct travel spending and $7.2 million in state and local tax revenues from tourism expenditures.

Reopening of the Holiday Inn on Wednesday will be significant because it adds hotel rooms to Kearney’s total, along with spaces for banquets and conferences.

Kearney entered 2019 with 1,800 rooms. After the July 9 flood only 600 were available. With the addition of 82 second story rooms at Holiday Inn, about 1,600 rooms now are in service, Jasnoch said.

After all hotel rooms are repaired and reopened — and the new 164-room hotel Paul Younes is building on west Talmadge Street opens in 2021, Kearney will have more than 2,000 rooms. Jasnoch said.

The 164-room hotel is part of Younes’ $34.6 million project that will include a 100,000-square-foot conference center capable of hosting gatherings as large as 2,500 people.

Kearney, in addition to other towns in the surrounding area, is suffering the effects of Monday night's rainstorm. Roads and buildings are flo…