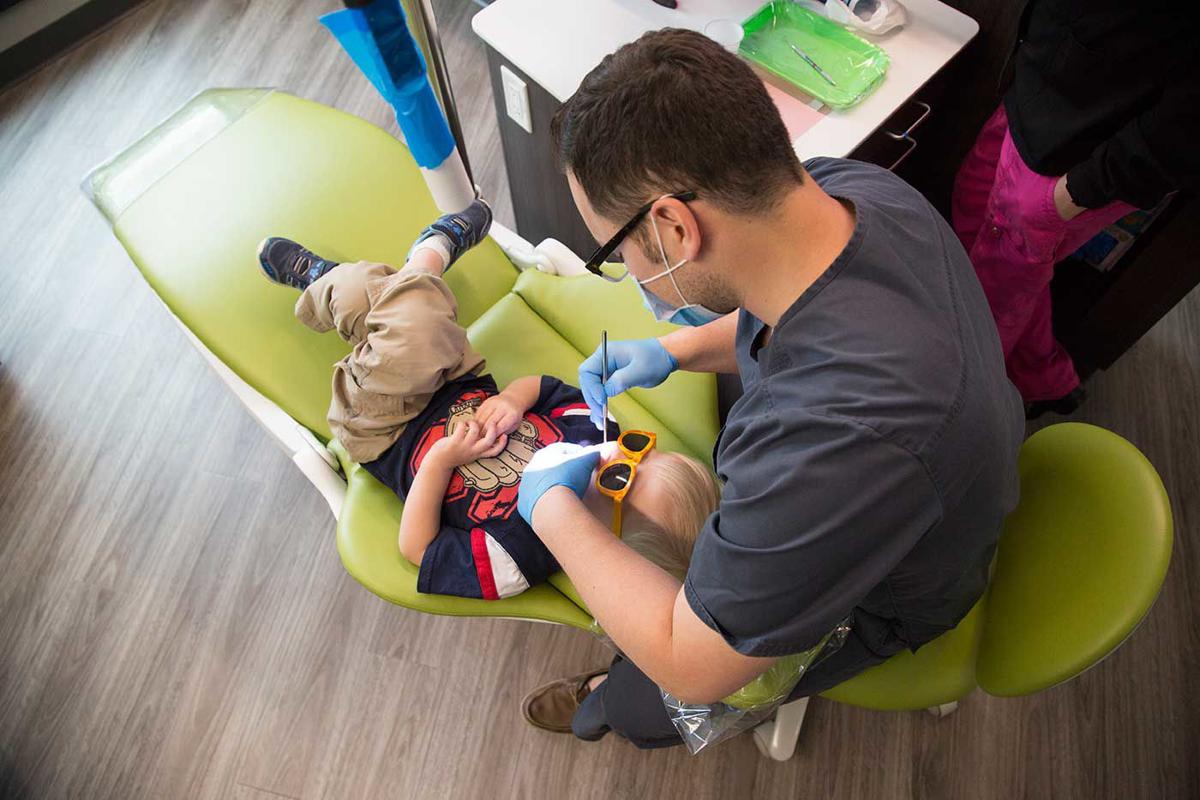 Helix Eilenstine, 3, relaxes and watches the movie “Ferdinand” on the screen above him while Dr. Eric Carranza checks his teeth at Kearney Pediatric Dentistry. 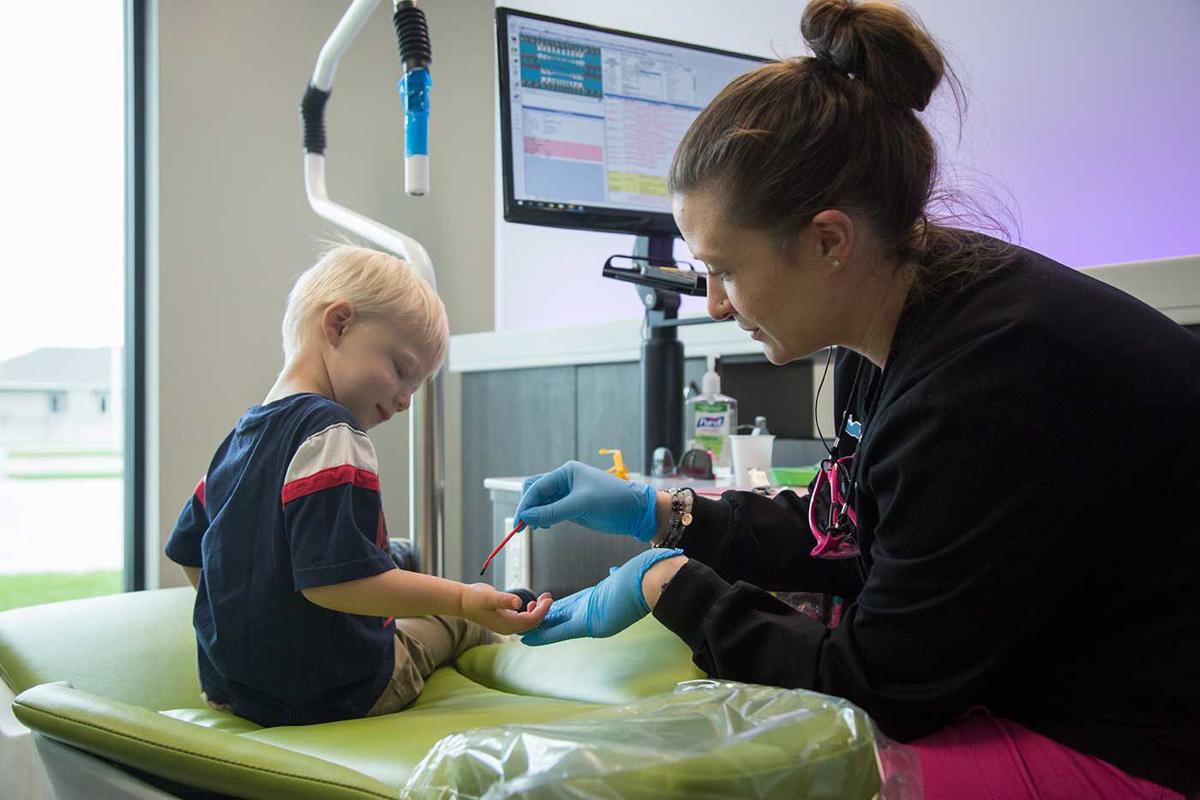 Breann Roberts, a dental assistant, demonstrates to Helix Eilenstine, 3, how they will use a “Superman” brush to put fluoride varnish on his teeth.

Helix Eilenstine, 3, relaxes and watches the movie “Ferdinand” on the screen above him while Dr. Eric Carranza checks his teeth at Kearney Pediatric Dentistry.

Breann Roberts, a dental assistant, demonstrates to Helix Eilenstine, 3, how they will use a “Superman” brush to put fluoride varnish on his teeth.

KEARNEY — The first friendly face you’ll see when pulling up to Kearney Pediatric Dentistry is Joe Giraffe, an affable smile frozen to his face as the statue greets all who visit the new office from his park bench.

Once inside, visitors are greeted with the dentistry’s new state-of-the-art facility at 1407 E 56th St. which opened in January. The waiting room offers plenty of space as well as movies and video games for children to play with as they await their appointments. Often times, families will even come early so their children can play in the waiting area, said Joe Carranza, who runs the business with his family.

The practice was opened in 2013 at 218 W. 39th St. by Dr. Brett Carranza and his parents, Joe and Judy, who work in administration. Almost a year ago, Brett’s brother, Eric, joined the practice as well.

“You can make it fun for them and make it exciting,” said Brett as to why he decided to go into pediatric dentistry. “You can make it a pleasant experience for them so when they come back they’re excited to see you and tell you about how they stopped sucking their thumb or how they’re brushing morning and night. You can see a big change in habits.”

Eventually, the business outgrew the former facility and the family decided it was time to build their own.

“The business just started growing out on 39th so we just decided we needed more space,” Joe said. “So we found this land up here and bought it.”

The 7,600-square-foot office includes nine hygiene bays, as well as a bay for families, and seven treatment rooms.

“We try to cater to the child,” Brett said. “We’ve designed our building in such a way where we encourage parents to come back. We’ve facilitated it so parents can actually see their children. ... So we try to mix privacy yet we also have a nice open filling.”

The facility also includes a sterilization area where tools are put through a dental dishwasher then packaged and put into an autoclave where they are sterilized. The autoclaves are tested every week for defects. The facility also uses a Sterisil water filtration system instead of tap water to ensure cleanliness. Counter tops at the dentistry are solid surface so that bacteria isn’t getting into porous areas.

“We go through pretty extensive measures to make sure that everything is clean,” Brett said. “There’s a lot of different things behind the scenes that people aren’t aware of.”

Perhaps the young patients’ favorite part, however, is the prize wall where they can place a coin they are given after their appointment in any slot they choose and select toys from bouncy balls to goofy teeth.

“We have a really good selection of prizes. It’s gone over really well,” Joe said. “We’ve had a lot a lot of good comments.”

Kearney Pediatric Dentistry is open 8 a.m. to 1 p.m. and 2-5 p.m. Monday through Thursday.