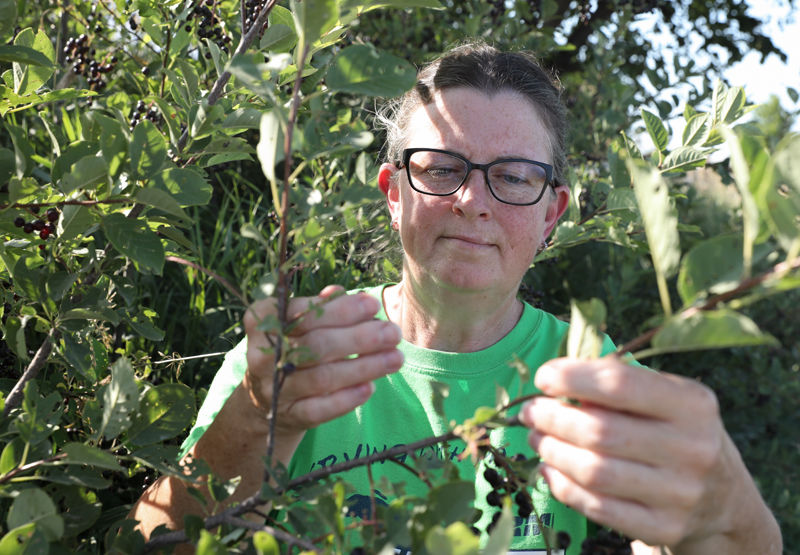 Melanie Refior of Loomis gleans many of the chokecherries she uses in jelly from wild bushes in windbreaks on the countryside. 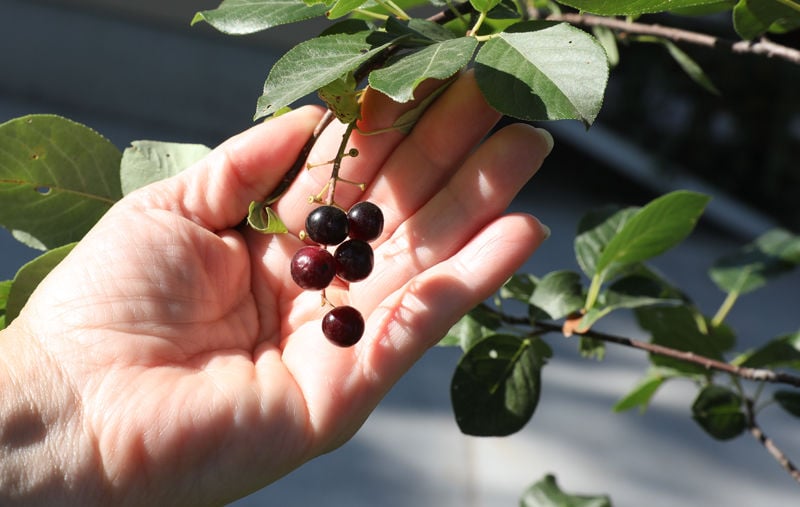 Melanie Refior also has bushes in her yard, and inspects a few of the chokecherries. 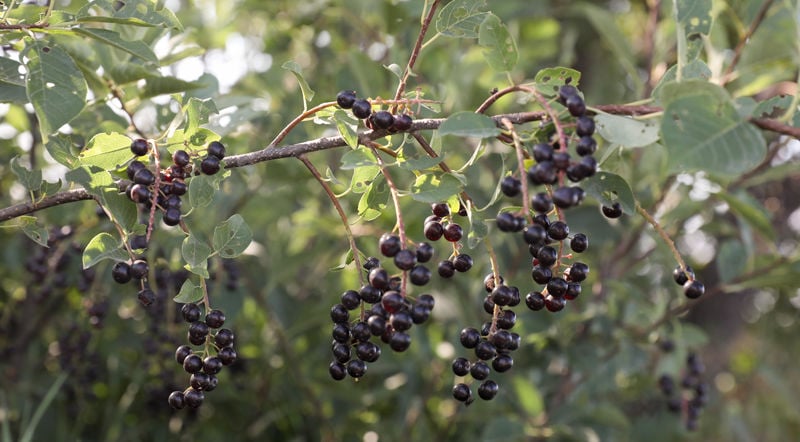 Branches of a chokecherry bush bend under the weight of fruit, which has been abundant this year because of the moist summer. 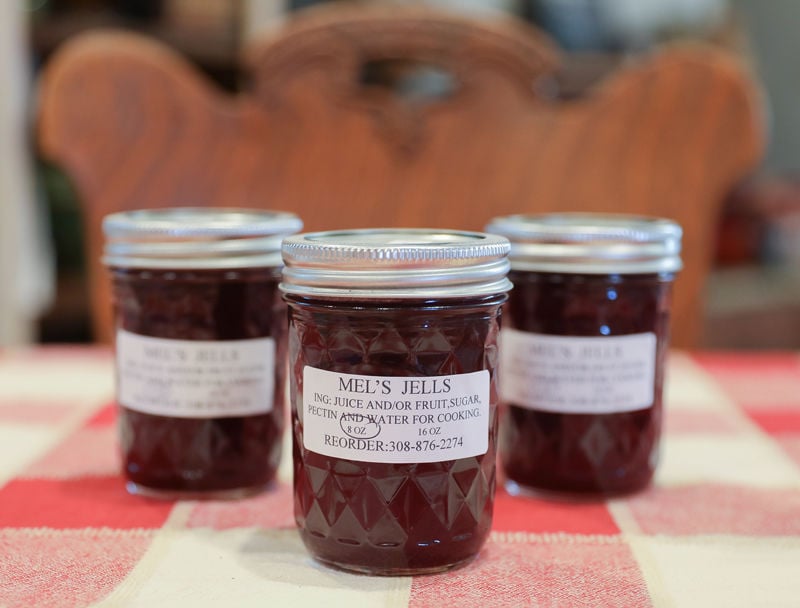 Melanie Refior of Loomis produces old-fashioned jelly with chokecherries and sells it at craft fairs.

Melanie Refior of Loomis gleans many of the chokecherries she uses in jelly from wild bushes in windbreaks on the countryside.

Melanie Refior also has bushes in her yard, and inspects a few of the chokecherries.

Branches of a chokecherry bush bend under the weight of fruit, which has been abundant this year because of the moist summer.

Melanie Refior of Loomis produces old-fashioned jelly with chokecherries and sells it at craft fairs.

LOOMIS — In all the years Melanie Refior has picked chokecherries, she has never seen the plants produce like they have last year.

“The old-timers had a saying that if the wild fruit is plentiful, it’s going to be a long winter. Last year, oh my gosh, I have never seen (it like that),” she said, “there were clusters of chokecherries I couldn’t get my hands around. Within an hour, I easily picked six to eight ice cream buckets full within an hour. Usually it takes me at least three times that long. Last year there was a ton of fruit.”

Refior uses the chokecherries to make jelly, known as Mel’s Jells, that she sells at craft shows in the area. She began making jelly 20 years ago as a way to make Christmas money.

“I was a stay-at-home mom. I had two kids. ... I started out really small. I just did a couple craft shows, and then I had some Christmas money to spend. I really enjoyed doing it,” she explained.

Chokecherry jelly is one of her favorite flavors.

“I love chokecherries. I don’t mind picking them. I love the smell when they are cooking,” she said.

While the fruit isn’t particularly flavorful to eat on their own, adding sugar enhances the flavor. It’s one of her most popular jellies.

Refior grows many of the fruits and vegetables she puts in her jellies in her own garden, but she also uses wild fruit like chokecherries and plums.

The chokecherry shrub had a decline in recent years due to the plants being removed to make way for pivots and windbreaks being cleared, Refior said. Seeds from the plant are spread by birds, and they are starting to make a comeback.

“The last few years have been kind of dampish so they are kind of getting on the rise again. About eight or nine years ago they were really hard to find because everybody took out their windbreaks and everything,” Refior said.

She typically picks chokecherries between mid-July and mid-August. She planted three shrubs in her yard, but she also picks the cherries in rural areas. Encountering wildlife isn’t uncommon when picking the cherries. Birds, raccoons, opossums, deer and skunks often eat the fruit. She has ran into animals on several occasions.

“There are a lot of times I’ve had to turn around and go the other way, sometimes quickly. And, sometimes, if I make a lot of noise they will go their own way,” she said.

Along with wild animals, Refior also has to keep an eye out for a fungal infection known as black knot.

“Black knot is a fungal infection that affects plants in the prunus species,” said Elizabeth Killinger, University of Nebraska Extension educator in Hall County. “The hard part is we have so many wild plants it’s hard to control.”

The infection can spread from plant to plant and can kill the entire shrub. If Refior sees the fungus, she makes sure not to touch it. If she does, she washes her hands before picking on a new plant.

Due to last year’s plentiful harvest, Refior picked several hundred pounds of chokecherries. She’s noticed that there aren’t quite as many cherries this year, but she was able to freeze enough last year for this year’s jelly. Her first craft show this year will be the Fall Festival of Crafts Oct. 26 at the Buffalo County Fairgrounds in Kearney.

“I will get a lot of juice cooked up this year. Craft show season will be starting in about a month and a half so I’ll probably be making up a lot of jelly,” she said.