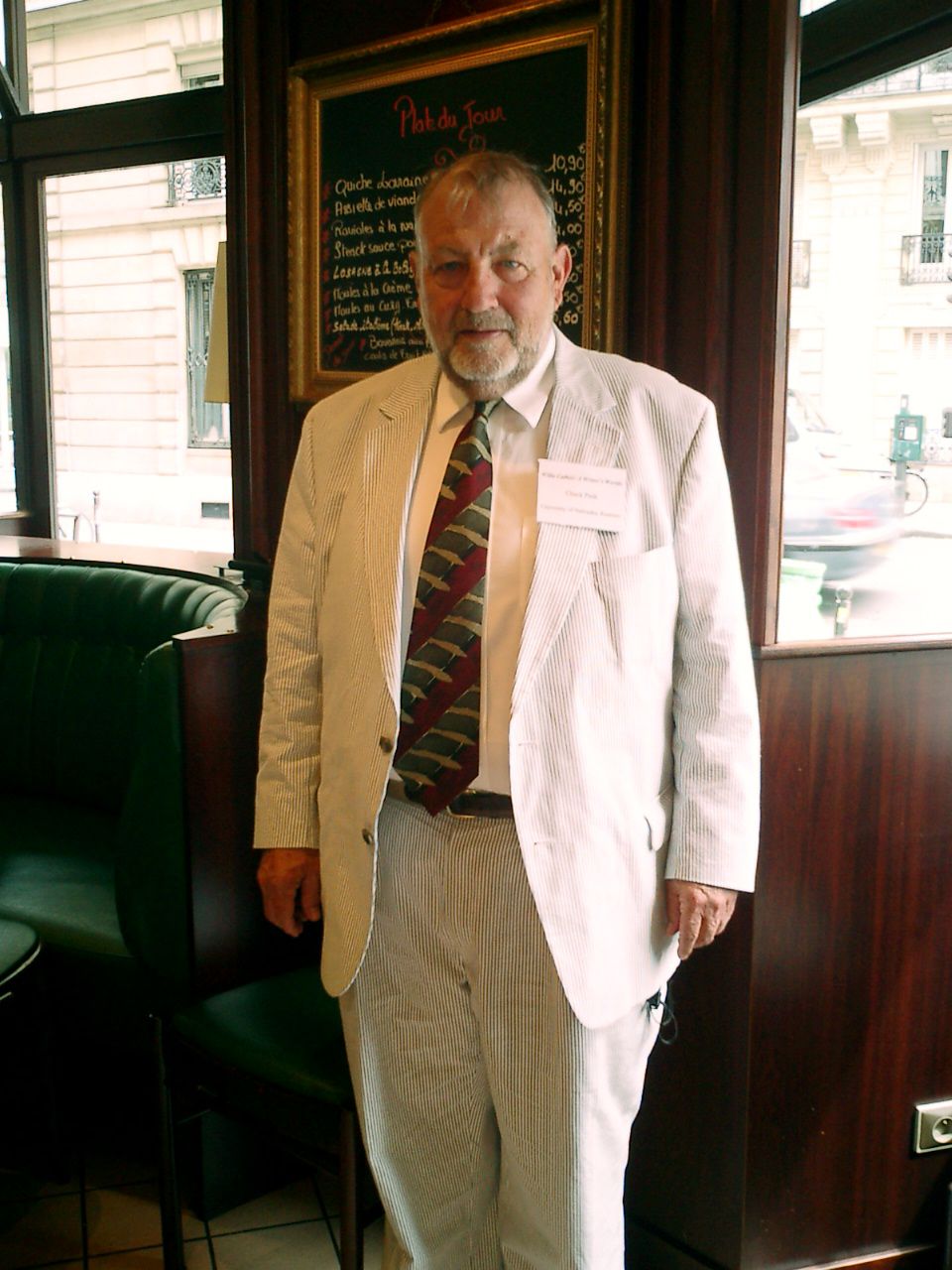 KEARNEY — Chuck Peek, along with his team of researchers and writers, wanted to explore and celebrate the creative aspects of Kearney.

“Our original idea was to re-enforce an awareness that this artistic community doesn’t just exist by accident,” he said. “It exists because something in what we do and care about has created it and continued to support it. This is as much a celebration of audiences for the arts — and support for the arts — as it is for the arts themselves.”

Peek believes that the recent suspension of live performances might create an even stronger appreciation of the arts.

“As COVID-19 has come upon us it has kind of shifted our awareness to the fact that we will come out of this with a deeper appreciation of the things we have missed and have meant so much to us over the years, which would include the arts here in Kearney,” he said. “And that has made us aware that we are not the only ones going through this deprivation. When people in Lincoln and Omaha think of the arts, they think of Lincoln and Omaha. They don’t really think that places in out-state, places like Kearney or Scottsbluff, have a flourishing arts community.”

Peek and his team are currently working on “Kearney Creates,” a book detailing the creative individuals who have lived in Kearney and contributed to the arts in this area.

In a press release, Peek outlined some of the challenges of the project: “Have you ever tried to even start a list of all the artists and musicians and writers Kearney has enjoyed? A list like that sounds like fun at first — and then pretty quickly becomes daunting. Making such lists, however, is just where the editors of the forthcoming ‘Kearney Creates’ had to begin. How far back do we go, someone asked. Does a creative talent have to have lived here forever to qualify as ‘one of ours’? Do visiting artists count? What about hometown kids who grew up, went elsewhere, and flourished in one of the many arts?”

Contributors to “Kearney Creates” include:

The group’s mission statement defines the scope of the project:

“’Kearney Creates’ will chronicle and celebrate the outpouring of creativity unique to the heart of Kearney as a community. The book will focus on a holistic portrait of Kearney figures, from today and earlier times, featuring platforms that make it possible for audiences to enjoy high-quality aural, visual, and written productions. Through the book’s short essays and vivid photography, its readers will come to a fuller recognition and appreciation of our unique local culture and the community that nurtures such outstanding artistic contributions. The collection will show Kearney’s love and support of its artistic culture and its essential value in a humanistic environment. To these ends, its editors are dedicated to making ‘Kearney Creates’ worthy of the creative community it represents.”

Peek understands the value of arts in the Kearney community.

“We’re pretty blessed by it,” he said. “I suspect, per capita, ours is about as rich a community of arts as you could have in this state.”

Historical archives indicate a strong discipline of teaching the arts in Kearney, even as the community was founded in the 1880s.

“There were people who set about trying to teach others how to paint and how to play the piccolo and any number of things,” Peek said. “The original version of YRTC had a band. In every school it was noted that there were teachers of the arts. Kearney State College and then the University picked up on this.”

Because of the rigorous teaching of the arts, community members retained a love for the arts.

“There were lots of people who took up painting and sculpture,” he said. “And that attracted other people interested in the arts. Businesses and local citizens with an interest in the arts have always remained strong here. I think every arts organization can say, yes, over the years there’s been some ups and downs in their attendance, but on the whole, people have come out to shows at Kearney Community Theatre and Crane River Theater. People have come out to concerts at Harmon Park. People have come out to the summer programs at the Museum of Nebraska Art. Without people coming out, the artists would have gone else where, places where they would be appreciated.”

Peek also recognizes the value that the media placed on the arts.

“People don’t go out to see things they don’t know about or aren’t excited about,” he said. “Newspaper and radio stations and TV stations have told people about events and reviewed them.”

In addition to a printed book, Peek expects the project to produce a website so the team can continue to update the information.

As for funding “Kearney Creates,” Peek hopes to sell sponsorships to area businesses and raise funds through sales of the book.

“I think we will try to provide some free copies of the book to arts organizations for them to sell to help fund their own projects,” he said. “We’ll be selling the book to the general public and a lot of us are going to make our own little donations to it.”

Kearney createsTo learn more about “Kearney Creates” contact Chuck Peek at 308-293-2177, email at cpeek@gmail.com or visit his blog at CAPeek.WordPress.com. Contributions can also be mail to: