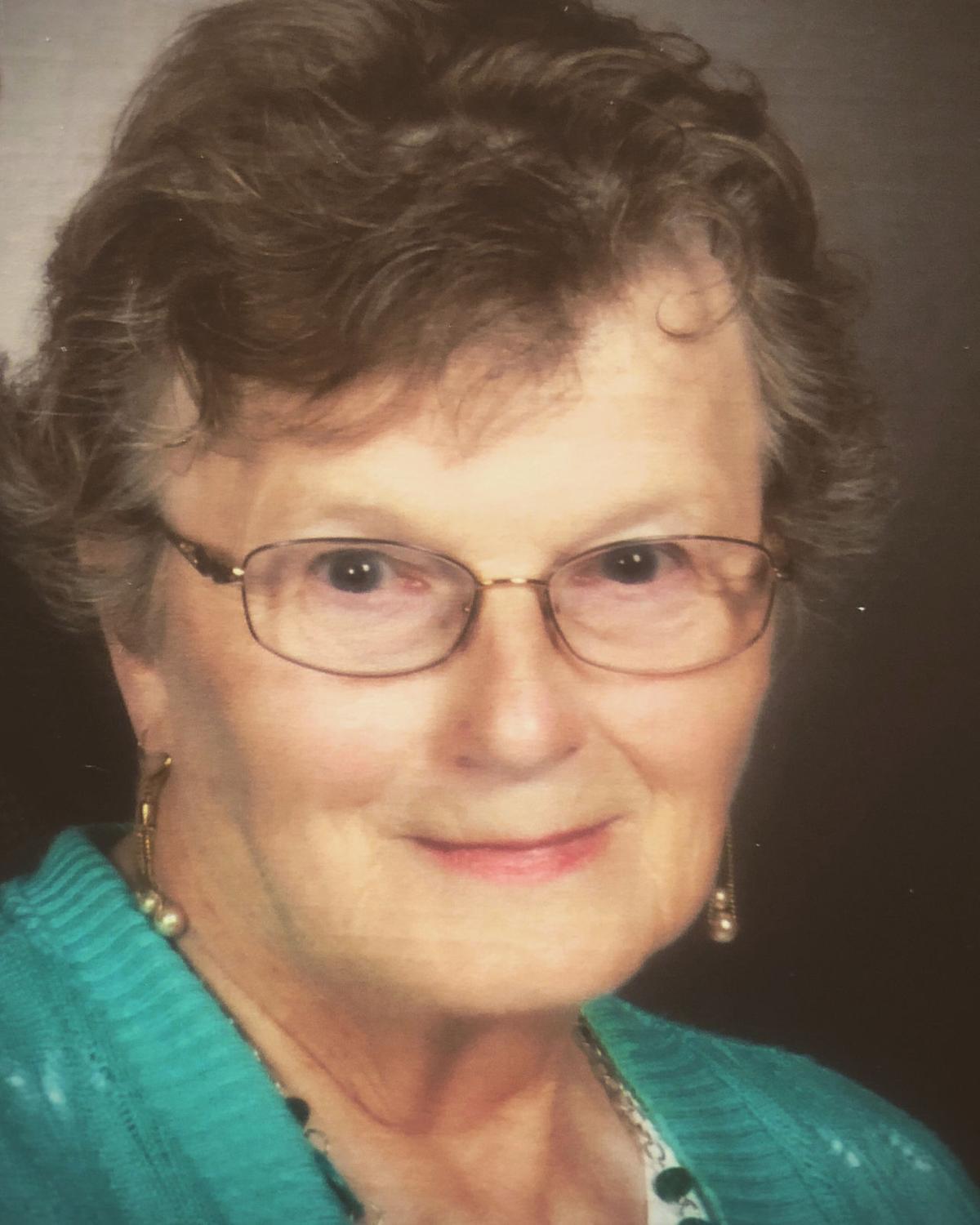 A memorial Mass is 3 p.m. Friday at North American Martyrs Catholic Church in Lincoln with the Revs. Brian Connor and Paul Colling officiating. Her body was donated to science hoping it will be of help in finding a cure for others who have ALS, also known as Lou Gehrig’s disease.

Colonial Chapel Funeral Home in Lincoln is in charge of arrangements.

Lavonne was born on Nov. 23, 1941, on a Sunday morning at home to Raymond E. Larsen and Ina Fay Lyon Larsen Rothfuss. She graduated from Grand Island High School with the class of 1959 and lived in the same home until she married.

Lavonne was a stay-at-home mom while the children were young. She also worked in a couple of factories, had her own cleaning business and enjoyed being a caregiver to many. Her favorite job outside the home was cooking at Lexington St. Ann’s Catholic School, where everyone enjoyed the large homemade cinnamon rolls and cookies she made with love. In fact, there was never a time when she didn’t have some type of rolls, cookies, cakes or something else made with love available to anyone who visited.

She joined the Catholic church in 1960 and has always been grateful she made the choice to become Catholic. She helped the church in many ways by taking pictures of Mass, was a eucharistic minister, was part of the CEC team, made meals for shut-ins, often visited the care home and helped with Mass there. She was very much a part of a 12-step program and sponsored an Alateen group. She was always willing to help others and was friendly, kind and a good listener to all.

Lavonne loved being a mom, enjoyed her boys’ sports events and helped them grow into honest fine young men. Each of her 18 grandchildren were very special to her and a big part of her life. They gave her 40 great-grandchildren. She remembered all of their birthdays and made sure they had a homemade cake and gifts. They all knew they were important to her and loved by her.

In 2017, Lavonne and Ron moved from their home of 40 years in Lexington to Lincoln to be closer to their family and their doctors. In July 2019, she was diagnosed with ALS and entered in hospice care on Christmas Eve, 2019. While in Lincoln, they joined the North American Martyrs Catholic Church and she immediately joined many groups. Her favorite was the Alpha group. 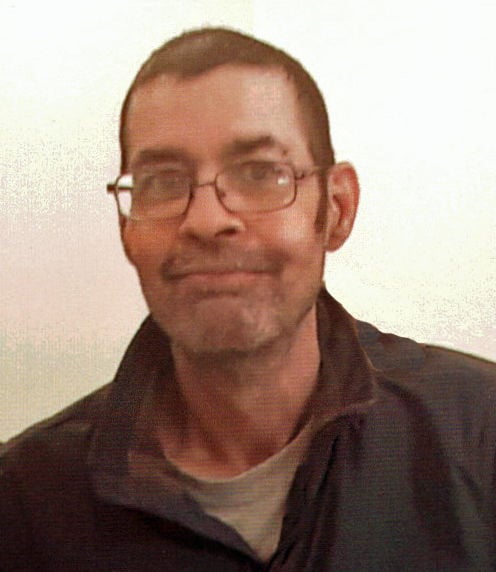 Memorial services will be held at a later date.

O’Brien Straatmann Redinger Funeral and Cremation Services of Kearney is in charge of arrangements.

Jeffrey Joseph Roth was born July 18, 1958, in Hastings to Thomas and Wilma (Stiles) Roth. He was raised in Hastings and attended St. Cecilia Catholic School. In 1972, the family moved to Kearney where he attended Kearney Catholic High School, graduating with the class of 1976. Jeffrey moved to Lincoln and later to Norfolk where he enjoyed golfing and bowling.

Jeffrey was preceded in death by his father, Thomas Roth; and sister, Julie Roth. 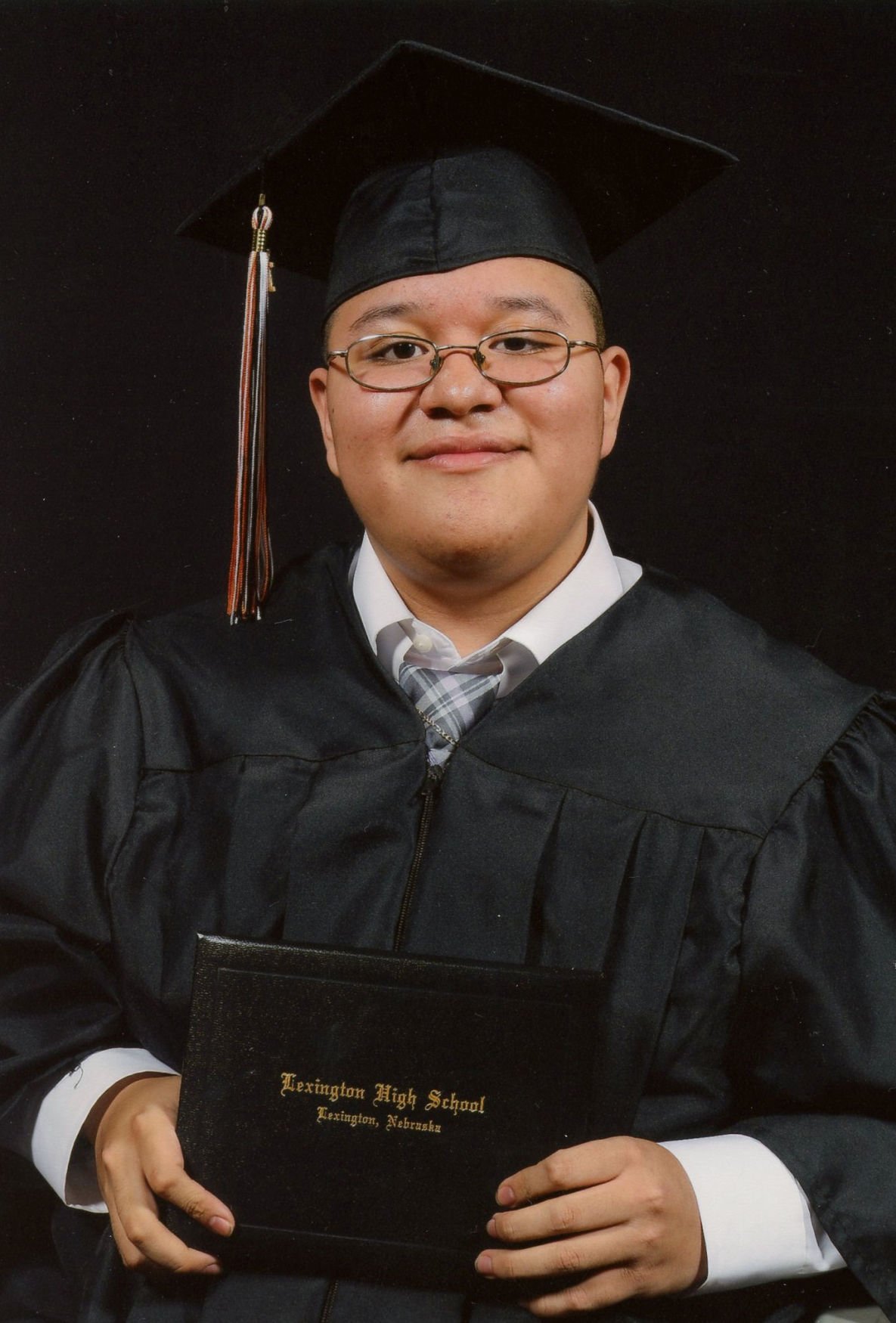 A private family service will be 10:30 a.m. Thursday at Reynolds-Love Funeral Home in Lexington with the Rev. Jorge Canela officiating. The Mass will be streamed via Facebook Live on the Reynolds-Love Facebook page. Burial will be at St. Ann’s Catholic Cemetery at Lexington.

Visitation is 3-7 p.m. today at the funeral home with a rosary to follow at 7 p.m. Due to the COVID-19 restrictions, we will adhere to members of a household who live together may be seated together, but maintain 6 feet of social distance from other parties.

He was born Sept. 6, 1998, in Mexico to Luis Enrique Garcia-Sanchez and Maria Carmen Torres-Salazar. 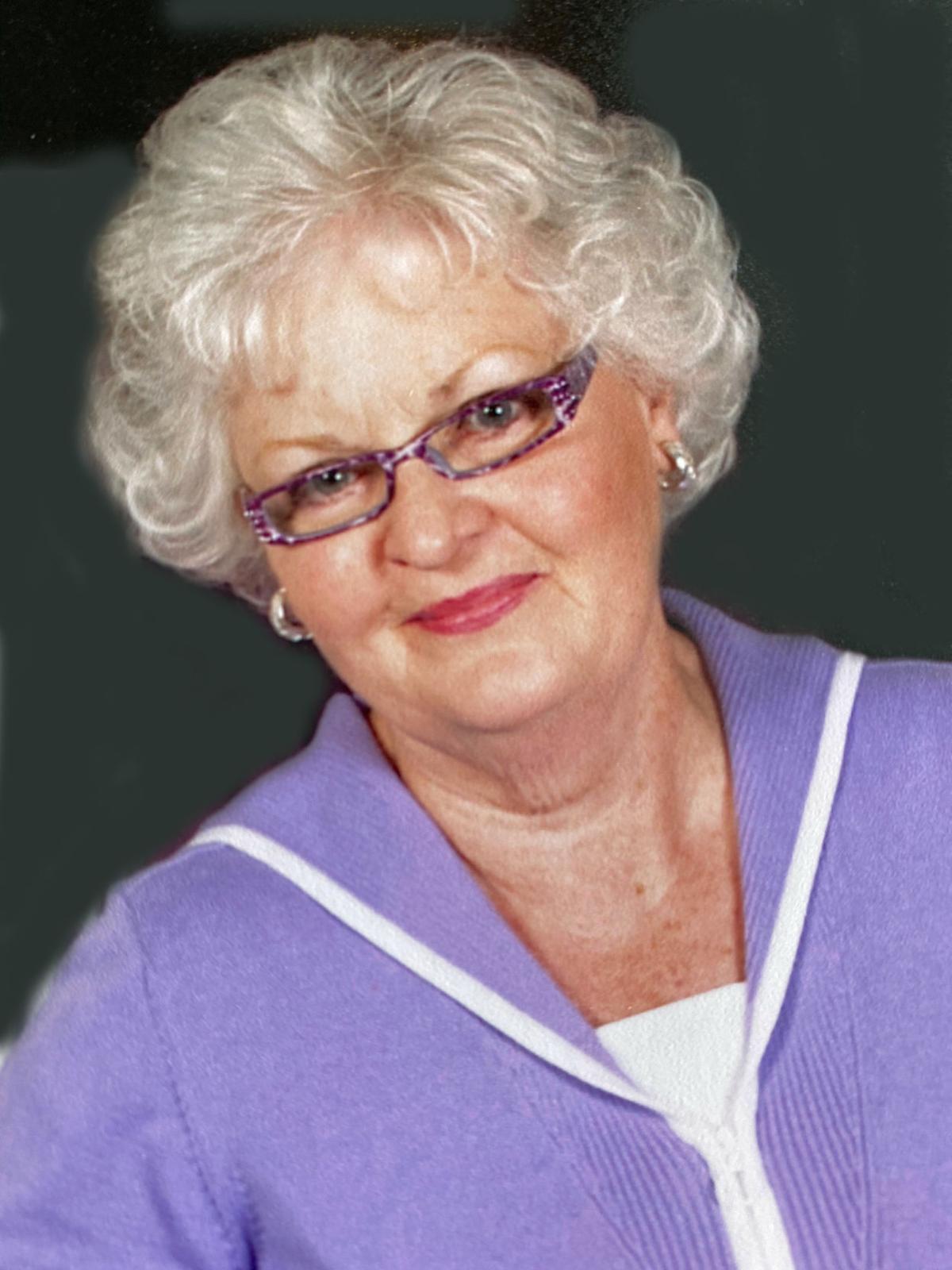 The entrance for guests will be the North Entrance by the Store House and social distancing rules will be followed.

Horner Lieske McBride and Kuhl Funeral and Cremation Services is in charge of arrangements.

She met Richard L. Randolph and the couple were married on Dec. 20, 1958. They made their home in Grain Valley, Mo., where they raised their four children. Jean enjoyed homemaking and serving at church. She owned and operated a photography studio in Blue Springs, Mo., and a cleaning business in Kearney. Her greatest joy in life was her grandchildren and great-grandchildren.

She was preceded in death by her parents; brother, William Wilke; and a son, Richard Randolph.

Memorials are suggested to the Todd Becker Foundation. 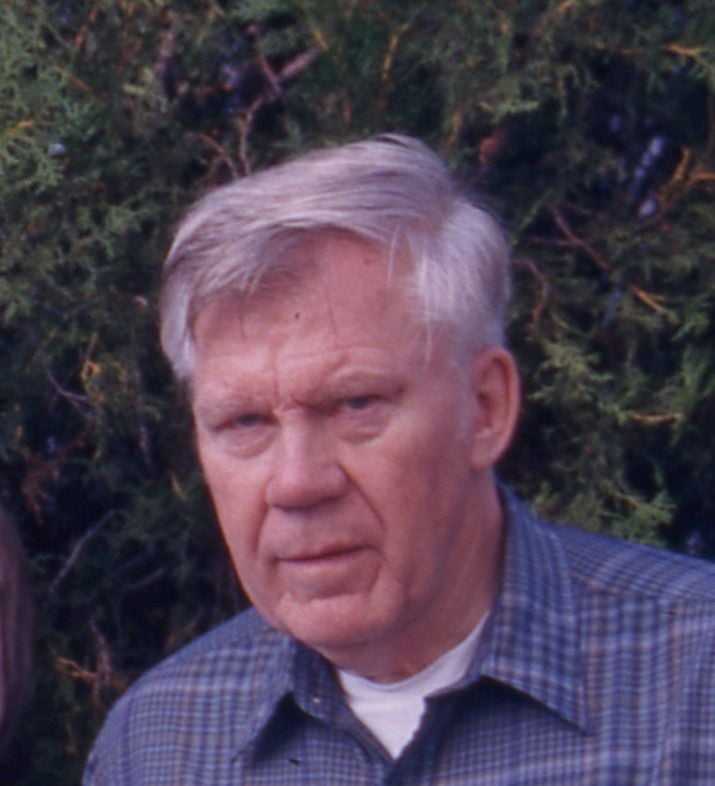 Private family services will be held with the Rev. John Heyward of Grace Community Church of Lima officiating. Burial will be at Woodlawn Cemetery of Ada.

A celebration of life will be held at a later date due to the current health situation.

Hanson-Neely-Allison Funeral & Cremation Services in Ada is in charge of arrangements.

Dean was born Nov. 25, 1935, near Hildreth, Neb., to Fred and Minnie Saathoff. He graduated from Wilcox High School in Wilcox, Neb. Dean spent most of his life working in Mountain Home, Ark., at his business, Dean’s Auto Sales and Service. He retired to Venice.

Dean was preceded in death by his parents, Fred and Minnie Saathoff of Hildreth; and his brother, Eugene Saathoff of El Cajon, Calif. 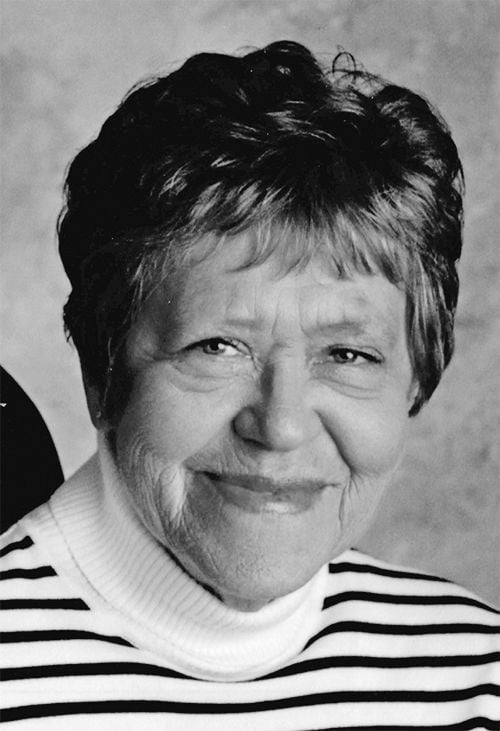 Due to current health restrictions from the COVID-19 pandemic, a celebration of life service will be scheduled in the near future.

Erna was born on Feb. 4, 1949, in Superior to Ernest (Runt) Nelson and Marie Hazel (Nelson) Pedersen. She grew up in the Superior and Minden areas. She graduated from Minden High School in 1967 and then went on to graduate from Queen Ann Beauty School.

Erna married Randall E. Horine on Jan. 5, 1975, in Minden. Together they raised three daughters and one son. They also welcomed into their home three nieces and one nephew.

Over her lifetime Erna had many careers. She had a cosmetology career working in the Axtell and Minden areas. She closed her beauty shops in 1980. She went on to hold various jobs within the community. Erna is remembered for owning and operating Erna’s Steakhouse and Erna’s South Fork Drive Inn with her husband Randy.

She was a member of Bethany Lutheran Church and American Legion Auxiliary. Her hobbies included playing and coaching softball, camping, fishing, playing cards and other outdoor activities. Erna treasured time with her family and friends. Being a grandmother was a cherished time in her life.

Erna’s love of life and laughter was contagious.

She was preceded in death by her parents and one brother, August (Augie) Nelson.

Memorials in Erna’s honor are kindly suggested to the family to be designated at a later date.