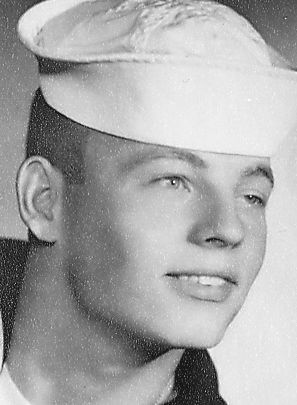 Celebration of life services will be held at a later date.

He was born on Nov. 22, 1937, in Kearney to Albert and Nora Dobberstein. Wayne graduated from Kearney High School in 1956 and shortly after joined the U.S. Navy where he served four years. After his discharge he moved to Denver where he worked briefly with Skelly Oil Co. and Jeffco Manufacturing Co., a beverage and beer can manufacturing company, which was eventually purchased by Ball Corp. He was employed by Ball Metal Container Group for 38 years until his retirement at age 65 as a quality control representative.

During his employment with Ball, he travelled extensively all over the world; China, Israel, Italy, Mexico, Guatemala, to name a few. In 1990 he received an award for excellence for his contributions to Ball’s achievements in the packaging industry.

He loved Lake McConoughy and spent almost six months every year at his home at North Shore, boating, fishing and, of course, having a beer with his pals. He was active in the Lemoyne, Neb., Senior Center and frequently served at the fundraiser breakfasts and ran the “cake walk” at their yearly bazaar.

He also loved baseball and the Colorado Rockies and followed them from the first game they played at Coors Field. He went every year to spring training in Arizona and was so disappointed when the coronavirus shut them down this year. He loved keeping up with a lot of people. His weekly call list was extensive. He will be genuinely missed by his family, his friends at Ball, his baseball buddies, lake friends and old friends he kept tabs on. We’ll miss you, Wayne, you were a good man, husband, dad, grandpa and a friend to everyone.

He was preceded in death by his parents, five brothers and two sisters: Jim, Glen, Albert, Cole, Jack, Erma Kreuger and Irene Leach. 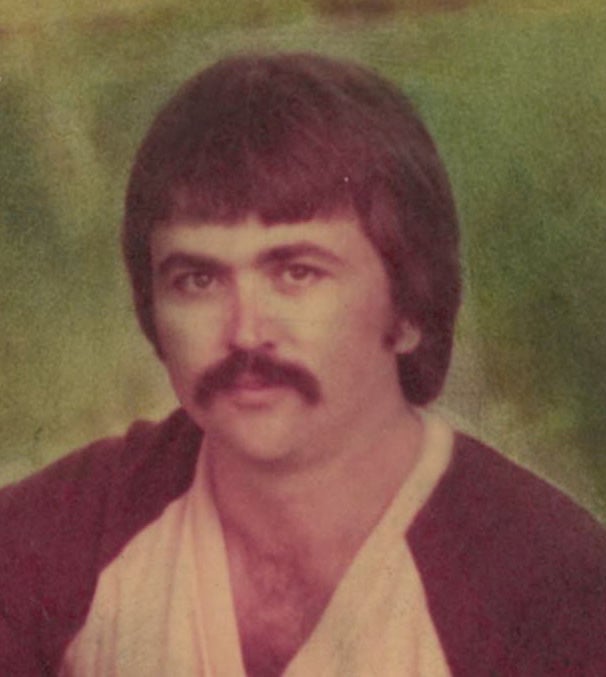 Private memorial graveside service and inurnment will be held at Oxford Cemetery with the Rev. Bill Weaver officiating.

There will be no visitation as the family is honoring his wish for cremation.

Mitchell-Nelson-Bauer Funeral Home in Oxford is in charge of arrangements.

He was born March 12, 1956, in Kearney, the youngest of four children, to Robert “Keith” and Dorothy (Bailey) Broadfoot. He grew up and received his primary education at Lakeside and Gering. The family then relocated to Oxford, where Larry graduated high school with the class of 1974.

On Dec. 11, 1976, he married Debra Coffey at the First Baptist Church in Oxford and they were blessed with two sons, Jason and Kyle. The family made their home in McCook and later Oxford, where Larry was employed with the Burlington Northern Railroad for 22 years in the track department.

Larry was an avid outdoorsman. He loved hunting, fishing, trapshooting and arrowhead hunting. He also enjoyed playing pool with his friends; but most of all, Larry was a devoted and loving husband, father and grandfather. He always prided himself on never missing his sons’ activities.

Survivors include his loving wife of 43 years, Deb Broadfoot of Kearney; his two sons, Jason Broadfoot of Oberlin, Kan., and Kyle Broadfoot and his wife, Deidra, of Cambridge; three grandchildren, Natalie, Harper and Brooks Broadfoot, all of Cambridge; a brother, Butch Broadfoot and his wife, Jan, of Gering; a sister, Nina Bratcher and her husband, Darroll, Crabb of Johnstown, Colo.; two sisters-in-law, Sharon Herren and her husband, Don, of Kearney and Karen Coffey of Seward; a brother-in-law, Ben Coffey and his wife, Sue, of Seward; along with a host of nieces, nephews, grandnieces and grandnephews, other relatives and friends.

A memorial has been established in Larry’s name and kindly suggested to the Kearney Parkinson’s Disease Support Group.

Nelson-Bauer Funeral Home in Holdrege is in charge of arrangements. 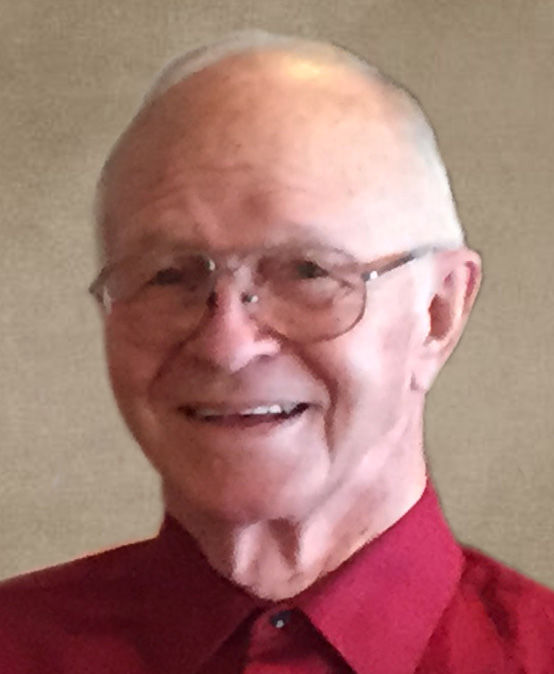 Funeral service is 11 a.m. Wednesday at Trinity Evangelical Free Church in Holdrege with the Revs. Paul Bauman and Murray Jones officiating. Interment will follow at Prairie Home Cemetery at Holdrege.

Due to health concerns regarding the COVID-19 pandemic, current CDC and Nebraska Department of Health and Human Services guidelines for faith-based services will be followed. The Isaacson family sincerely encourages each person to decide whether to attend Lee’s services based on the best interest of your health, and that of your community. Lee’s funeral service will be livestreamed via the Trinity Evangelical Free Church’s Facebook page: Trinity Church Holdrege.

Visitation is 5-7 p.m. Tuesday at the Nelson-Bauer Funeral Home in Holdrege; per CDC guidelines of 10 people or less in the facility at one time.

Lee was born on March 4, 1932, in Holdrege, the sixth of nine children, to Phillip and Bertha (English) Isaacson. He attended Holdrege Public Schools, graduating from Holdrege High School with the class of 1949.

Following his graduation, he was employed at J.M. McDonald Co. in Holdrege for one year. At the age of 18, he started working for Warner S. Lundeen Insurance Agency, and later became a partner of Lundeen-Isaacson in 1956. Later in life, Lee partnered with his son and son-in-law at agencies in other communities. Lee worked in the insurance business up until he was 86 years of age.

On Aug. 14, 1955, Lee married Harriet Mae Young at the Loomis Evangelical Free Church, and this union was blessed with six children: Michael, Robert, James, Julie, Angie and Ryan. The family made their home in Holdrege.

Lee accepted Jesus Christ as his Lord and Savior as a young man. He loved spending time with his family and attending all of their activities, especially sports and 4-H activities. Lee was involved and actively volunteered with numerous organizations during his life.

A memorial has been established in Lee’s honor and kindly suggested to the Trinity Evangelical Free Church or Gideons International. 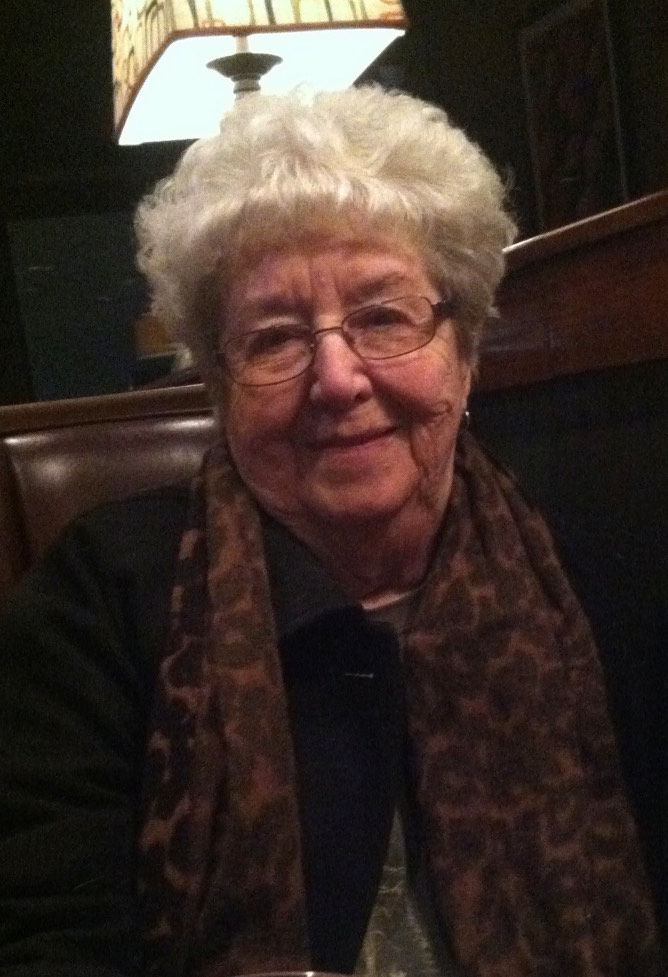 Private family graveside services will be May 29 at Kearney Cemetery.

A memorial service will be at a later date.

O’Brien Straatmann Redinger Funeral and Cremation Services of Kearney is in charge of arrangements.

Wanetta Keenan was born Jan. 8, 1938, in Alliance to Theodore and Fern (Sherfey) Keenan. She attended Minden Public Schools, graduating with the class of 1955.

Wanetta married Brian Halbert on March 10, 1957, at the United Methodist Church in Minden. In 1976, they bought Bico’s Cafe, which they owned and operated for 25 years, retiring in 2001. The couple later moved to Lemoyne at Lake McConaughy.

She enjoyed gardening, bird watching, reading and traveling. Most of all, she loved spending time with her family and spoiling her grandchildren and great grandchildren.

Wanetta was preceded in death by her parents; husband, Brian Halbert; son, Patrick Halbert; and her brother, Tom Keenan.

Due to the current COVID-19 pandemic, memorial services will be held at a later date.

There will be no visitation as the family has honored Harriet’s wish to be cremated.

Harriet Jane Timm was born to William and Ethel (Keedle) Timm in Holstein on Jan. 26, 1930. She was the second born out of seven children. She grew up with four brothers and two sisters: Vern, Gene, Wayne, Dale, Marilyn and Shirley. At a young age, her father was killed in an accident as a mechanic. Her mother then moved Harriet and the children to Hastings, where she attended school.

On June 23, 1945, she married Clair “Red” Sumstine and to this union three children were born; Michael, Margaret and Cheryl. The family made their home in Kenesaw, until moving to Minden in the 1950s. Harriet began working at the 5 & Dime, and then began waitressing at the Pioneer Village Restaurant where she enjoyed working with all of the young high school kids and meeting all of the tourists who came into the restaurant.

On Feb. 17, 1978, Harriet married Gail Jorgensen, and they made their home on an acreage outside of Minden. They loved to travel with their fifth wheel, and would take it to Alaska, Canada, Arizona and California where they would winter. Throughout their travels, Harriet loved to go to flea markets, farm sales and Saturday night polka dances.

She enjoyed flowers, butterflies and her cat “Baby,” a feral cat from the farm that Harriet tamed.

Survivors include her son, Michael (Teresa) Sumstine of Minden; daughters, Margaret Jorgensen of Hastings and Cheryl Timm of Washington; eight grandchildren; five great-grandchildren; brothers, Wayne Timm of Hastings and Dale (Lois) Schmidt of Arizona; as well as a host of nieces, nephews, other relatives and friends.

She was preceded in death by her parents; husband, Gail in 2011; brothers, Vern Timm and Gene Timm; sisters, Marilyn Henry and Shirley Fergus; and sister-in-law, Janice Timm.

Memorials in Harriet’s honor are kindly suggested to the Westminster United Presbyterian Church in Minden. 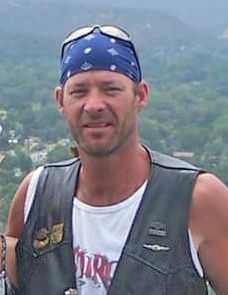 Visitation is 3-7 p.m. today at Reynolds-Love Funeral Home in Lexington. Due to the COVID-19 restrictions, we will adhere to members of a household who live together may be seated together, but maintain 6 feet of social distance from other parties.

Services are Friday at Reynolds-Love for the family. The service will be livestreamed on the funeral home’s Facebook page.

Inurnment with military honors will take place in the Robb Cemetery south of Lexington.

In August 2006 he met Melanie Bevard and the two would spend the remainder of Jeff’s life together.