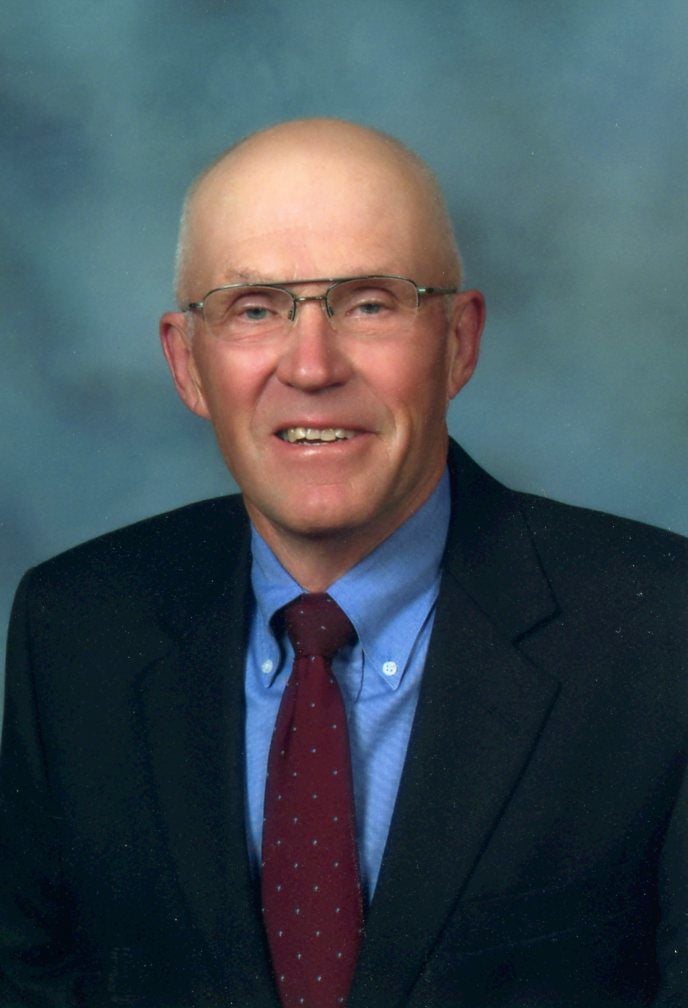 Memorial services will be at 2 p.m. Saturday at First United Methodist Church in Franklin with the Rev. Philip Sloat officiating.

There will be no visitation.

In accordance with Rod’s wishes, his body was donated to the Nebraska Anatomical Board for education and research.

Rod was born on Aug. 20, 1936, in Holdrege to Albert E. and Lydia M. (Pohlenz) Sindt. He attended District 14 (Sindt School) near the family farm, graduating from the eighth grade in 1950. He then attended Franklin Public School, graduating in 1954.

While attending Franklin Public School, Rod met his future wife, Sandra L. Blank. Rod and Sandra were married on July 20, 1958, in Franklin. A daughter, Andrea Lynn, was born on June 18, 1962.

Until Rod and Sandra moved to Kearney in 2014, Rod had lived in the same house his entire life. The house was the former home of his parents and grandparents, Emil and Emilie (Kruse) Sindt. Following Sandra’s death, Rod moved to Lincoln and resided at The Windcrest on Van Dorn from July 2016 to May 2019. He moved to CountryHouse Residence in June 2019.

Rod served in the U.S. Army National Guard of Kansas (Smith Center) and Reserve of the Army of the United States from July 1958 to July 1964.

Rod was a lifelong farmer. He enjoyed working and caring for the land and tending to livestock. During high school, Rod was a member of the Franklin Future Farmers of America chapter. He received the American Farmer degree, the highest award given by the organization, in October 1956 at the national FFA convention in Kansas City, Mo. He was a member of the national FFA chorus in 1953 and 1954.

Rod fed cattle and raised corn and alfalfa with his father Albert and brother Delbert. They discontinued feeding cattle in 2001, and Rod and Delbert formally retired from farming in September 2007.

He and Sandra extended their servant service caring for others throughout the Franklin community. For several years, he was a TeamMates mentor at the Franklin Public School. He enjoyed visiting residents at the nursing home in Franklin. The Franklin and Naponee community often thought of them as “Team Rod and Sandra.”

Rod was diagnosed with Parkinson’s disease in 2013. He was determined to help manage it with 2-mile walks, exercise and Sandra’s excellent cooking.

Memorials may be directed to the family for later designation. 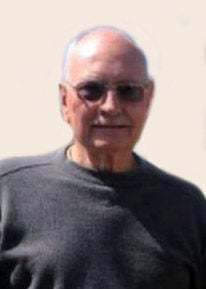 Celebration of life services will be at 10 a.m. Saturday at Horner Lieske McBride & Kuhl Funeral and Cremation Services in Kearney with military honors by the National Guard Funeral Honors Team, Kearney American Legion Post 52 and the Kearney Veterans of Foreign Wars Post 759.

He was born Dec. 8, 1937, in Moorhead, Minn., to Miles and Myrtle (Iverson) Parmenter. He served his country as a member of the U.S. Army from 1955 to 1958. Jim worked in the Kearney area as a machinist for several years. He enjoyed hunting. His passions were his family and drag racing.

Memorials, in lieu of flowers, are suggested to the family to be designated later.

Online condolences may be submitted by visiting www.hlmkfuneral.com. 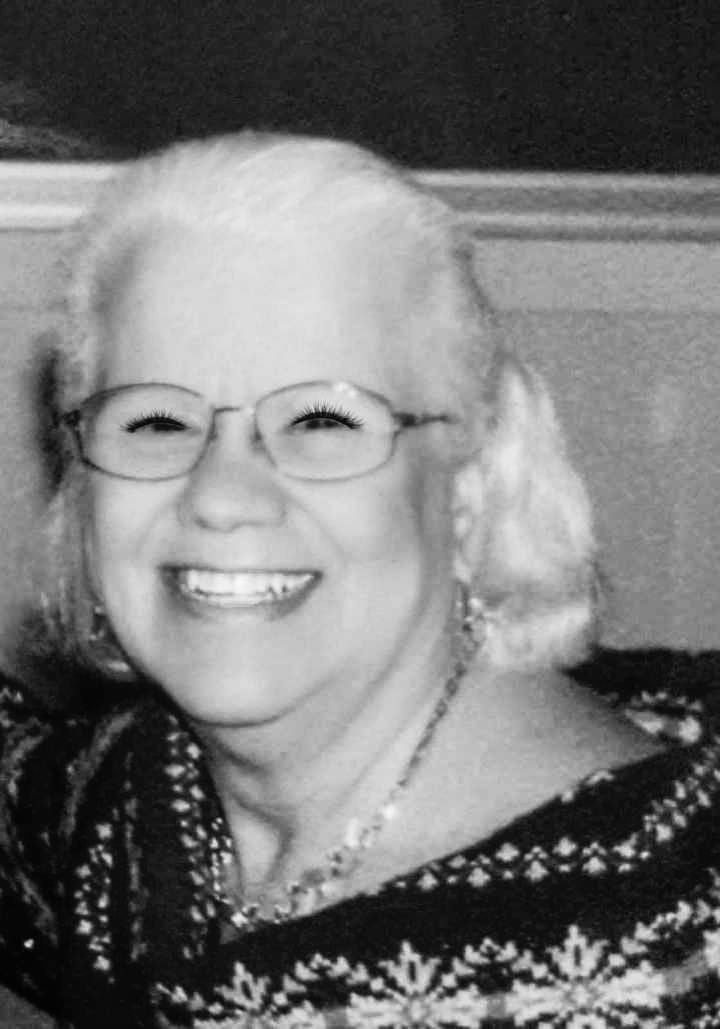 A celebration of life will be at 10 a.m. Thursday at Lincoln Berean Church. Graveside services will be at Kearney Cemetery.

There will be no visitation. Butherus, Maser & Love Funeral Home in Lincoln is in charge of arrangements.

Sandra was born in Kearney on Feb. 11, 1951, to parents Andrew and Daisy (Wagner) Humphrey.

She grew up and lived in Kearney for most of her life. She attended Kearney Senior High School. While raising her family, she also worked many years for the Eaton Corp.

She moved to Lincoln in 2003 and while living in Lincoln, Sandra met her fiancé Birk Adams, the love of her life. Together they traveled, volunteered at church and the Matt Talbot Kitchen, cheered on the Huskers at volleyball and football games, fished, gardened and enjoyed time with Sandra’s grandchildren and attended their extracurricular activities.

She was a member of the Red Hat society, was in a stamping club, enjoyed cake decorating, party planning and served as a Sunday school teacher. She always believed that the most important thing of all was to be kind to others, and to love people the way Jesus loves.

Sandra is survived by her daughter, Shelli Pomajzl (Troy) and their children, Cassandra, Isaiah, Noah and Coleson; and her son, Kelly Peterson and his children, Andrew, Jonah, Luke and Zachariah. She also has three great-grandchildren, Jaxon, Zander and Tatym.

Sandra was preceded in death by her fiancé, Birk Adams; her parents, Andrew and Daisy Humphrey; her sisters, Pam and Kay; and her great-granddaughter, Aliyana Jade Peterson.

Memorial gifts can be sent to the Matt Talbot Kitchen & Outreach or the Alzheimer’s Association.

Condolences may be left at www.bmlfh.com.

“Love must be sincere. Hate what is evil; cling to what is good. Be devoted to one another in love. Honor one another above yourselves. Never be lacking in zeal, but keep your spiritual fervor, serving the Lord. Be joyful in hope, patient in affliction, faithful in prayer. Share with the Lord’s people who are in need. Practice hospitality.” (Romans 12:9-13).

Services will be at 11 a.m. Saturday at the Burr Oak Church south of Broken Bow. Burial will be at Broken Bow Cemetery.

Visitation will be 8 a.m.-8 p.m. Friday at Govier Brothers Mortuary in Broken Bow with the family present 5-7 p.m.

Survivors include her children, Steve Horn and Kristi Horn, both of Broken Bow, Nancy Jochum of Beatrice and Jeff Horn of Lincoln; eight grandchildren; and eight great-grandchildren. 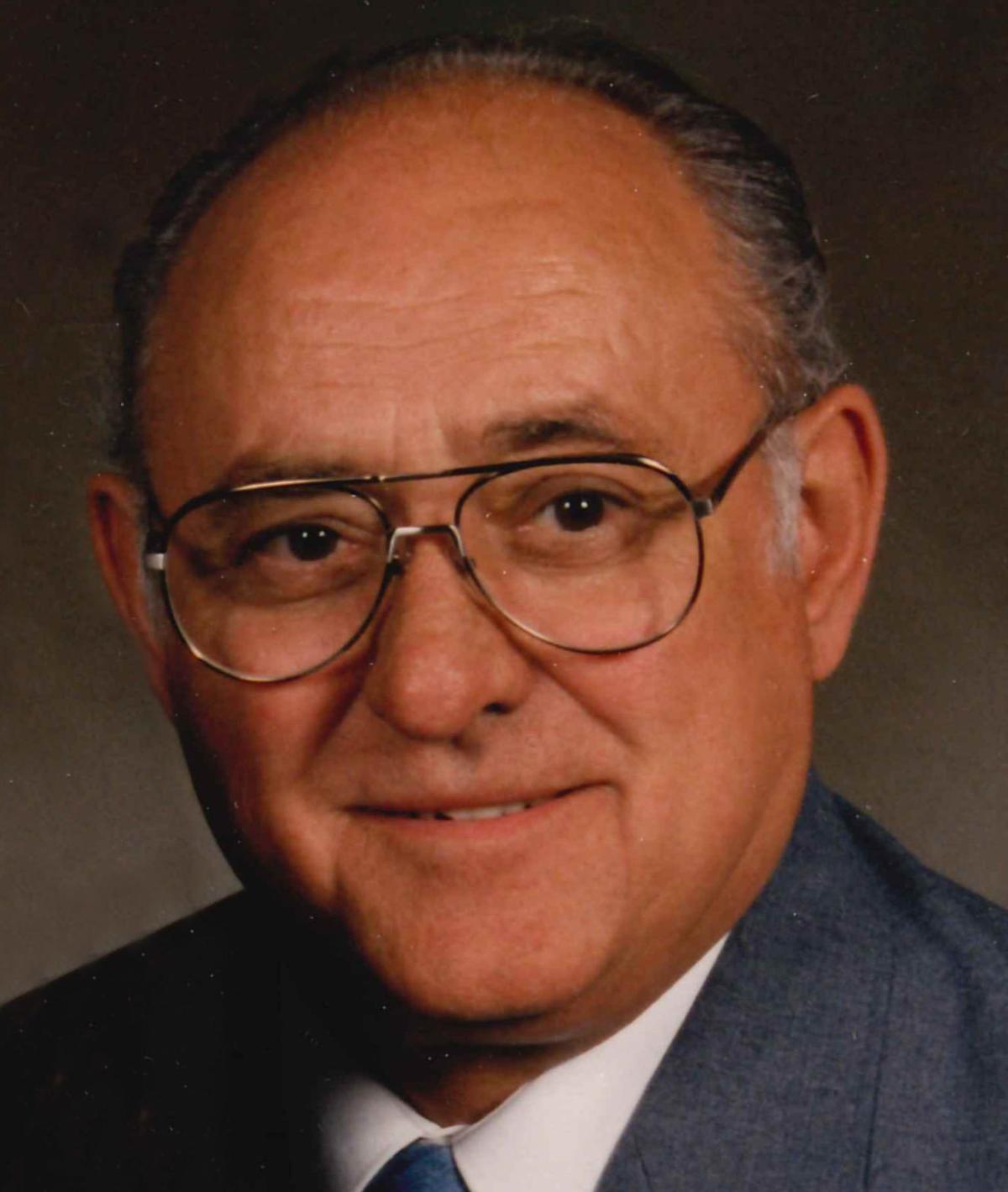 Celebration of life services will be at 10:30 a.m. Friday at First United Methodist Church in Holdrege with the Revs. Nora Mendyk and Daren Popple officiating. Burial will be at Prairie Home Cemetery near Holdrege with military honors by the Martin-Horn American Legion Post 66 in conjunction with the U.S. Army Funeral Honors Team.

Visitation will be 4-8 p.m. Thursday at Nelson-Bauer Funeral Home in Holdrege with the family present 6-7:30 p.m.

Richard was born March 27, 1933, on the family farm southwest of Holbrook in Furnas County, the ninth of 10 children born to Charles Wesley and Mable Alice (Sears) Meader.

Rich received his education from Holbrook Public Schools, and following his education he served his country. He was in the U.S. Army from April 16, 1953, until his honorable discharge on April 5, 1955. When Rich was in his mid-30s, he was baptized at the Baptist Church in Oxford.

On July 3, 1954, he was united in marriage to Donna McCashland, and to this union four children were born: Terreen, Bradley, Pamela and Shari. The family made their home in Ogallala until moving to Oxford in 1959.

While in Oxford, Rich was employed by Robertson Chevrolet as a parts man. In 1968, the couple owned and operated Donna’s Dime and Dollar Store until they converted it to Meader’s Floral and Gifts in 1971. During this time, Rich also worked as a supervisor at Becton-Dickinson in Holdrege, until his retirement in 1994, after more than 25 years of service to the company.

On July 17, 1980, he was united in marriage to Sharon (Swindell) Avery, and the couple made their home in Holdrege.

Rich and Sharon enjoyed life on their acreage east of Holdrege for 17 years. In 2012, they began to make their home in Kearney. They also enjoyed traveling together, camping on the weekends, and spoiling their two dogs: Buster and Bella.

During retirement years, Rich enjoyed going to coffee at SunMart with his friends. Those who knew Rich can relate to his witty sense of humor and ornery demeanor. Having fun was his first priority.

Rich was a past member of the American Legion in Oxford and Holdrege.

A memorial has been established, and kindly suggested to the family for later designation.

Online condolences can be shared at www.nelsonbauerfh.com. 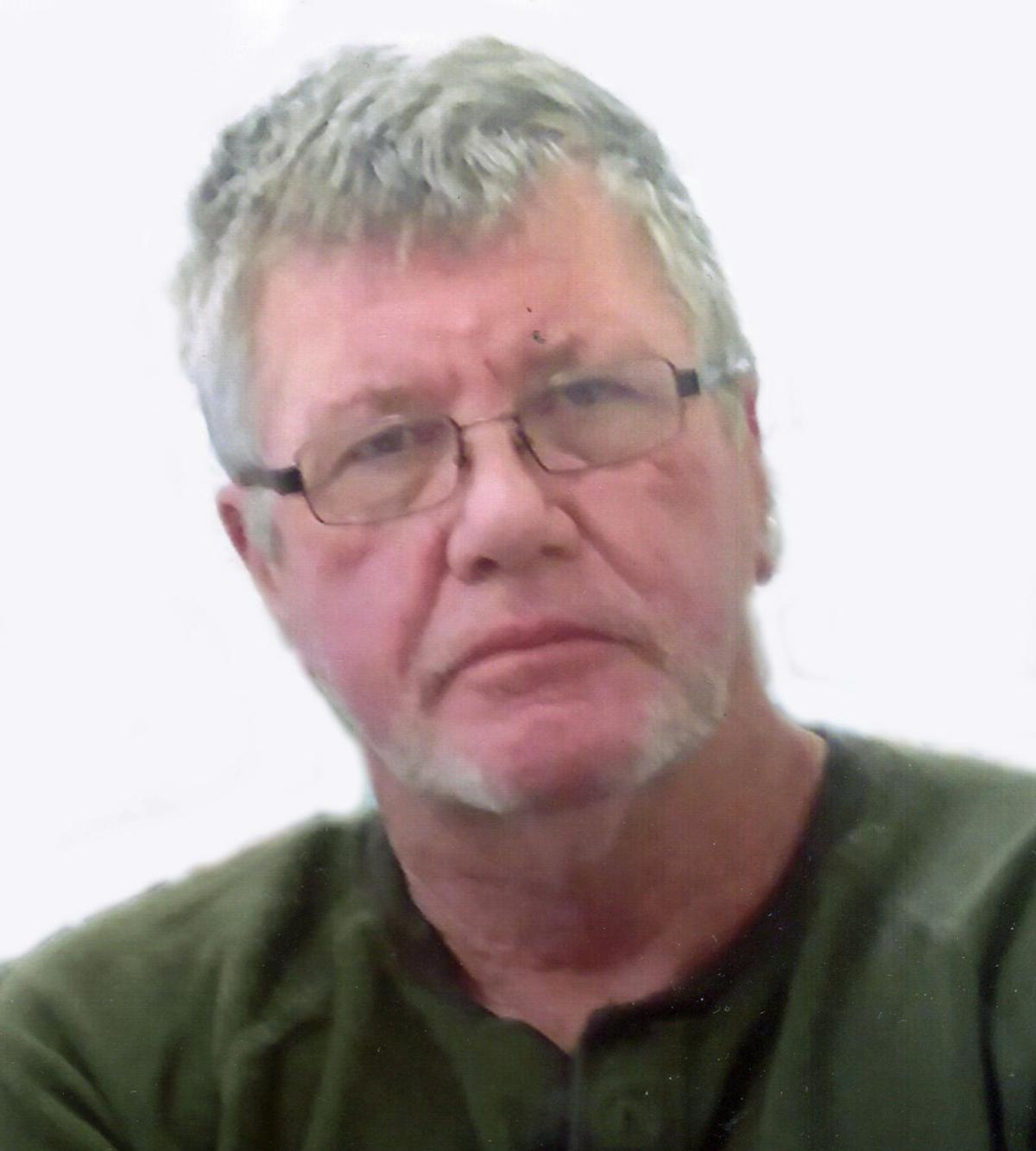 Graveside services will be at 11 a.m. Tuesday at Kearney Cemetery with the Rev. Joe Hannappel officiating.

Survivors include his daughter, Ashely Croney of Pocahontas, Ark.; sons, Anthony Stover and Derek Stover, both of Omaha; mother, Mary Stover of Kearney; and brother, Tom Stover of Grand Island.