Holdrege mom just makes it to daughter's wedding: 'I'm sorry I'm late. I had to save a life.' 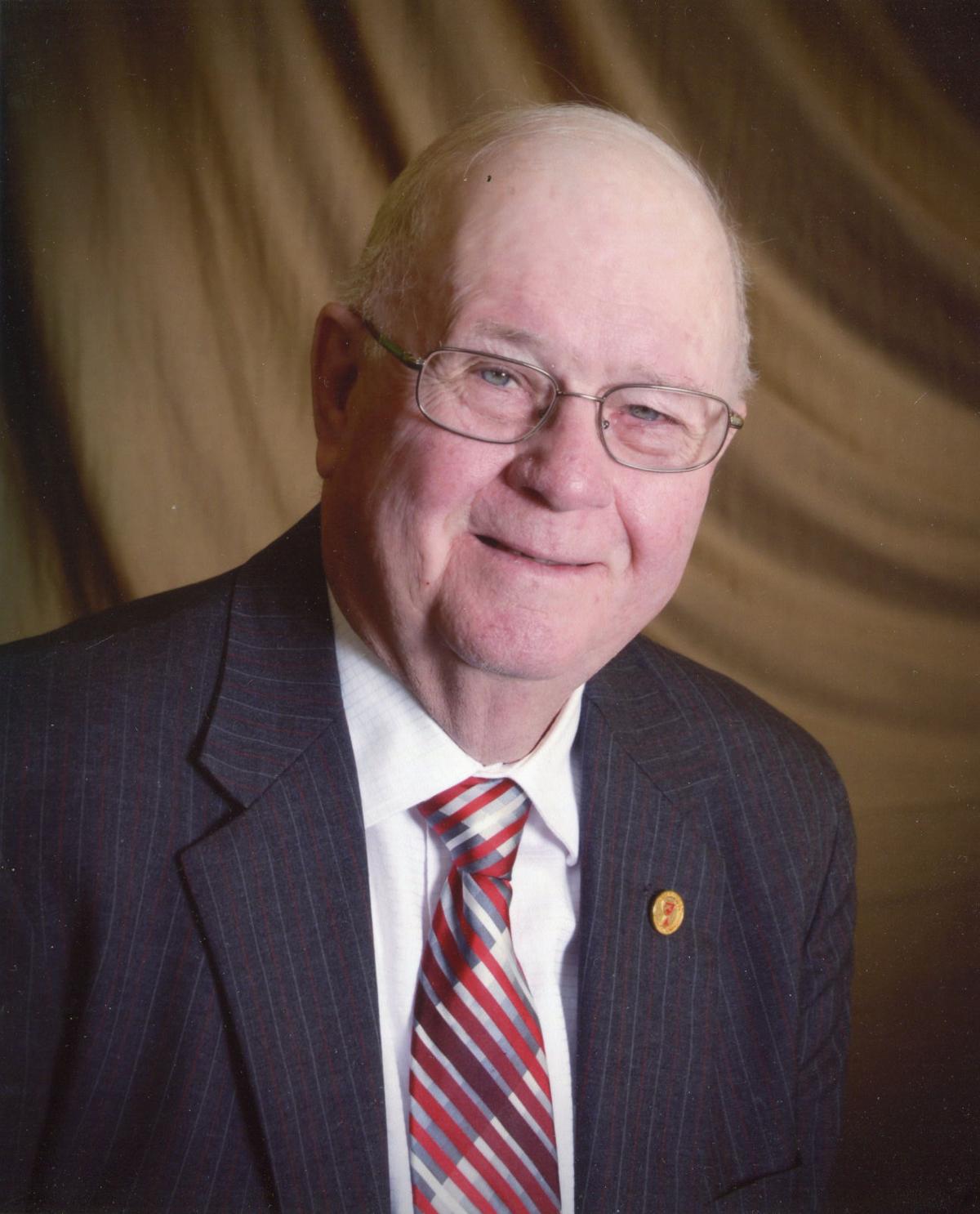 Services will be at 10:30 a.m. Wednesday at Living Faith Fellowship Church with the Revs. Joel Stark and Paul Stachura officiating. Burial will be at Kearney Cemetery.

He worked and was a part owner of L&W Service Center for 38 years, then in 1992, he and his son Steve opened Russell’s Appliance and Electronics Inc. Ron’s first wife died in 2009, and he later married Gerry Leibee in 2011.

Ron was a longtime member of First Christian Church in Kearney, which became the Living Faith Fellowship Church, and served as board chairman for three years, treasurer for 17 years and was a deacon and elder for 25 years. He served on the Kearney Planning Commission for 18 years, was on the board of directors for the National Appliance Dealers and Great Plains Region board of directors. He helped build the American Legion Baseball program.

In addition to his first wife, he was preceded in death by his sister, Deanne Svoboda.

Memorials are suggested to the Kearney Community Foundation.

Visit http://www.hlmkfuneral.com to leave a tribute or message of condolence. 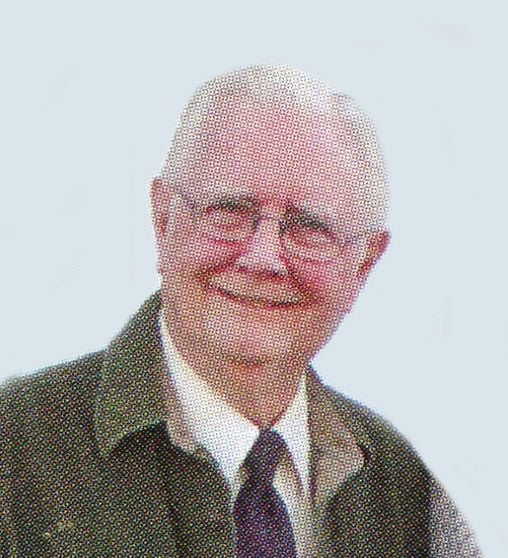 Celebration of life services will be in the spring with graveside services in Abilene, Kan.

Jack was born on April 3, 1935, to Don and Beulah (Ashford) Karraker in St. Louis. The family moved to Abilene shortly after Jack was born. He grew up in the Abilene area with his older brother Donnie and younger brother Henry. He attended Abilene High School and graduated in 1953.

Jack earned a bachelor’s degree from Fort Hays State College and then a master’s degree from the University of Idaho. He began his teaching career at Great Bend, Kan., where he taught for five years. He then moved to Kearney where at the age of 26 he became the head of the Art and Art History Department at the University of Nebraska at Kearney, a position he held for the next 32 years.

During his time at UNK, he increased the Art Department to 15 full-time and nine part-time faculty members and also added four new art degree programs. Jack retired in 2004 after a 43-year career at UNK. Through it all, Jack continued to create his own works of art.

Jack will be fondly remembered as an artist, educator and museum founder. He was one of three men who founded the Museum of Nebraska Art. He was honored to serve as a board member at MONA for a number of years. Jack enjoyed reading, art, theater, musical performances, cultural activities and travel.

Memorials are suggested to the Museum of Nebraska Art.

Celebration of life services will be at 2 p.m. Wednesday at Horner Lieske McBride & Kuhl Funeral and Cremation Services in Kearney with the Rev. Kenton Birtell officiating.

She passed away surrounded by loving family and friends.

Kathy was born on Christmas Eve, 1950, in Kearney, the first child of Wilbur C. Dahlgren and Joan (Anders). She was raised on a farm just north of Funk and graduated from Axtell Community School in 1969.

Kathy met Peter Janelli III at the Buggy Bath car wash in Holdrege in 1968, and the following summer, they were united in marriage on July 27, 1969, at Mt. Calvary Lutheran Church, in Holdrege. Upon this marriage, Kathy gained a loving son, Peter Janelli IV, and later, the couple was blessed with two daughters, Janet Katherine Janelli and Jenon Roseanne Janelli.

In 1979, Kathy was blessed with six stepchildren, Jerry Cash, Nick Cash, Ronnie Cash Harding, Bill Cash and Darrin Cash, whom she loved dearly. They lived on an island on the Platte River. In 1983, they moved to Heartwell, where Kathy made many lifetime friendships. She later moved to Kearney in 1995, where she gained many more lifetime friendships, and “adopted” children, Mike Mehaffey and Tiffany Devitt.

Kathy was fiercely loyal to her family — her children, grandchildren, sisters, brothers, nieces, nephews and friends, whom she considered as, and were, family to her.

Kathy welcomed children into her home through daycare, neighbors and friends for years, and many of those children still hold a special place in their hearts for her. She loved board and card games and entertained many a friend and family member at her table. Her sense of humor and fun, loving spirit will be missed by many.

Kathy was an avid reader and writer, she published a volume of Prairie Poems through the Phelps County Museum, and most notably, her poem “Farmer” was cataloged in the Library of Congress.

Kathy is survived by her grandchildren, Tylar Jenon Epp and Cale Johnson of Kearney and Payton Janelli of Kearney; sister, Rosanna (Bryan) Meyer of Bertrand; brothers, Richard Dahlgren and wife Jill of Axtell and Frank Dahlgren of Funk; and baby sister, Joey (Robert) Kugler of Bertrand. She is also survived by many nieces and nephews, cousins and one aunt and one uncle.

Kathy was preceded in death by her parents and a nephew, Jonah Meyer.

In lieu of flowers, please consider donating to the Bertrand Nursing Home. They can be reached at 308-472-3341. 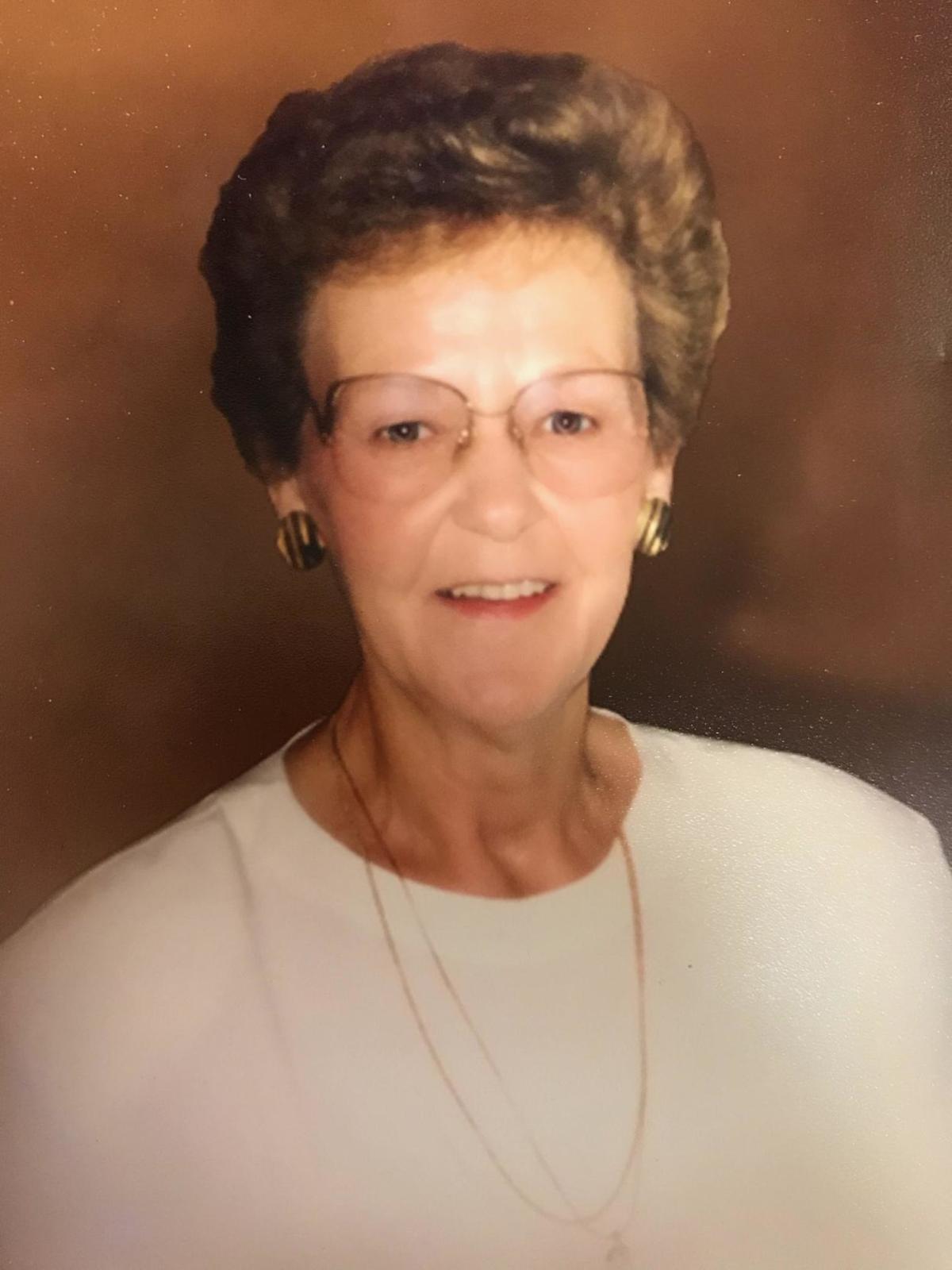 Services will be at 10 a.m. Friday at O’Brien Straatmann Redinger Funeral and Cremation Services in Kearney with the Rev. Dean Pofahl will officiate. Burial will be at Kearney Cemetery.

Visitation will be one hour before services at the funeral home.

Ruth was born May 28, 1930, in Omaha to Rueben and Gertrude (Weliever) England. The family later moved to Kearney where Ruth attended school and was a member of the Kearney High School class of 1947.

On Oct. 24, 1953, Ruth was united in marriage to Donald Ostendorf at the First United Methodist Church in Kearney.

She was employed by Kearney Public Schools as an aide and later as an administrative assistant. In 1981, Ruth attended LPN school, graduating in 1982. She then worked at Good Samaritan Hospital until 1990.

Ruth was a longtime member of the Benevolent Patriotic Order of DOES, serving as president in 1976.

Ruth was preceded in death by her parents. 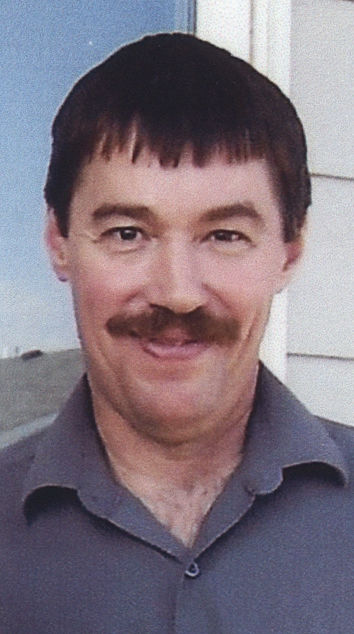 Graveside services will be later. He chose cremation.

Brian attended a rural school in northern Garfield County. He so much enjoyed the livestock, haying and all that goes with ranch work. Brian broke, trained and showed horses.

Brian graduated from Kearney High School in 1981 and was enrolled in college at Wyoming Technical Institute in Laramie that same year.

He was a diesel graduate in December 1981 and received special recognition for perfect attendance being a class leader and one of five graduates from the class of 1970 to be named to the Directors Honor List.

After graduation from the W.T.I. in diesel, he worked at South Central Diesel in Holdrege, Neb.; Diesel Injection Service of Texas, located in Dallas; Kearney Ag and Auto in Kearney; and Teton Motors in Jackson, Wyo.

In 1995, Brian accepted an instructor position at Wyoming Technical Institute in Laramie. He so much enjoyed teaching the students.

WTI changed hands and many changes were made. Brian, as well as much of the staff, was released. He was employed at WTI for 19 years. Brian worked at various jobs in Laramie the last few years.

Brian spent many hours working on cars in his garage. Brian was an expert carpenter. He also spent much time gardening in his yard. Brian flew his drone taking pictures for a real estate company.

Brian and Ann traveled many times back to Nebraska for his granddaughters’ birthday parties and for holidays. 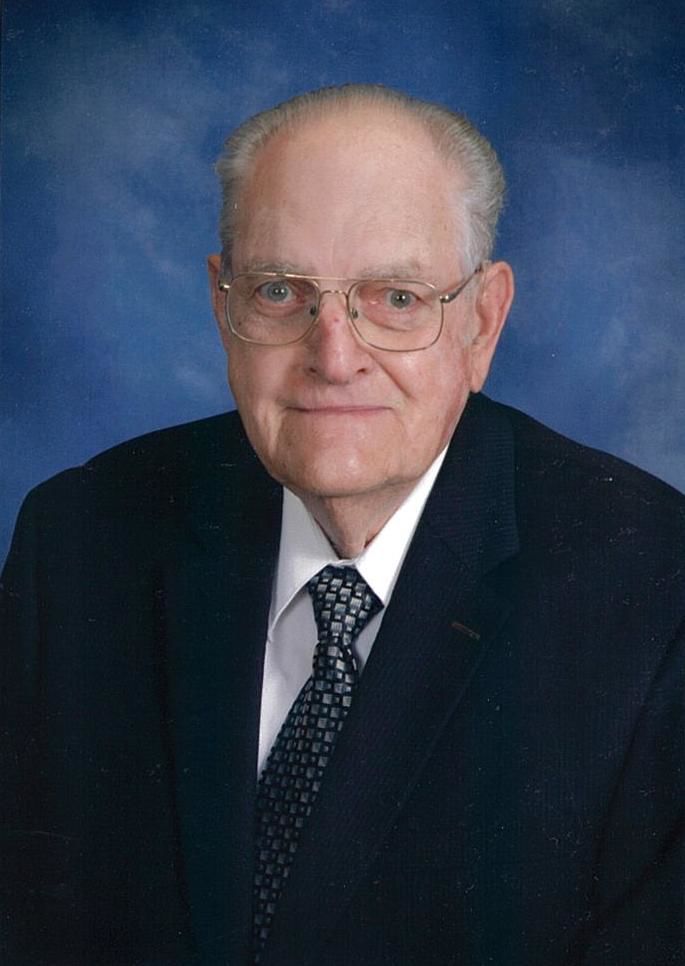 Services will be at 11 a.m. Friday at Trinity Lutheran Church in Hildreth with the Rev. Marcia Dorn officiating. Burial will be at Emmanuel Lutheran Cemetery south of Hildreth.

Visitation will be one hour before services at the church.

He was born March 2, 1927, in rural Franklin County to Gerhardt and Lena (Albers) Quadhamer.

Services will be 11 a.m. Monday at O’Brien Straatmann Redinger Funeral Home with Rev. Dean Pofahl officiating. Burial will be at Kearney Cemetery.

Visitation will be one hour prior to the service.

Memorials are suggested to Kearney Area Animal Shelter, the family for future designation or donor’s choice.

Condolences may be shared at www.osrfh.com. 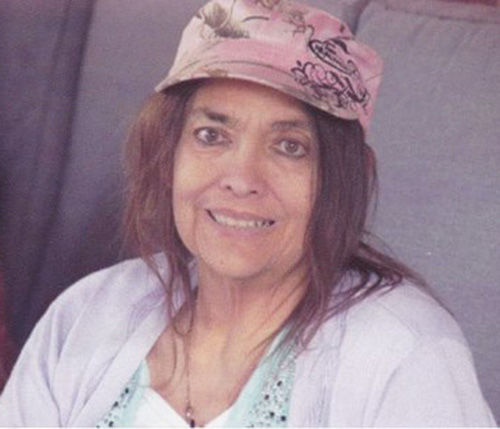 Graveside services were Saturday at Minden Cemetery with the Rev. Sharon Rees officiating.

Craig Funeral Home in Minden was in charge of arrangements. 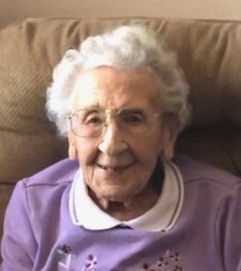 Services will be at 10 a.m. Monday at St. Ann’s Catholic Church in Lexington with the Revs. Matt Koperski, Paul Colling and Ken Hutson officiating. Burial will be at St. Patrick’s Cemetery near Eddyville.

Visitation will be 3-5 p.m. Sunday at Reynolds-Love Funeral Chapel in Lexington followed by a wake service.

She was born Jan. 11, 1925, to Loren and Ida Mae (Gross) Kaupp in Callaway. As a young girl, she and her parents moved several places and she attended grade school in Cozad, Overton and Odessa. She attended school in Amherst, graduating with the class of 1942.

She was united in marriage to Howard Rhode and two children were blessed to this union: Gary and JoAnn. Howard preceded her in death in 1950. She found love again and was married on Feb. 19, 1955, to Arthur Sullivan. They were blessed with one daughter, Patricia.

Bernadine and Art raised their children and farmed near Eddyville just southwest of town. They moved to town in 2000. Arthur preceded her in death in 2001. She would continue to live in Eddyville until moving to Kearney in 2018 where she resided until her passing.

Bernadine was a member of St. Patrick’s Catholic Church for many years before it closed and then became a member at St. John Capistran Church in Amherst. She stayed very active in St. Patrick’s Catholic Church and was part of the Altar Society. She was also a member of the Eddyville American Legion Auxiliary for 45-plus years, the Eddyville Homemaker’s Club, the Faith Circle of the United Methodist Women in Eddyville, and was a 4-H leader for many years.

She enjoyed sewing, gardening, canning, making jelly, playing cards, she wrote for the Beacon and everyone enjoyed Bernie’s Bits, mowing her own yard, chauffeuring friends to appointments long after she was 90. She entered numerous items at the county fair every year. She loved attending her grandchildren’s and great-grandchildren’s activities.

In lieu of flowers, memorials are suggested to the Eddyville Community Center, Eddyville American Legion Auxiliary or the donor’s choice.

Share online condolences with the family by visiting: www.reynoldslovefuneralhome.com. 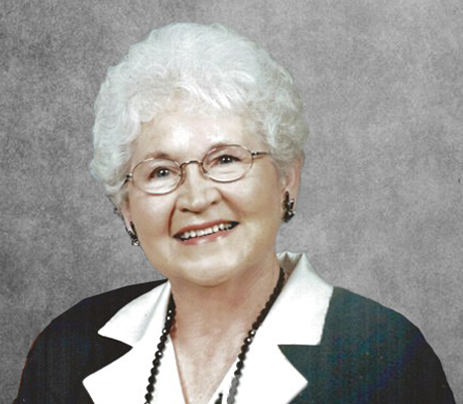 A celebration of life was Friday at First United Methodist Church in Windsor. Graveside services will be later in Shelton, Neb.

Stoddard Funeral Home & Sunset Memorial Gardens in Greeley was in charge of arrangements.

Survivors include her son, Kim of North Platte, Kirk of Cozad and Craig of Windsor; eight grandchildren; and 10 great-grandchildren.