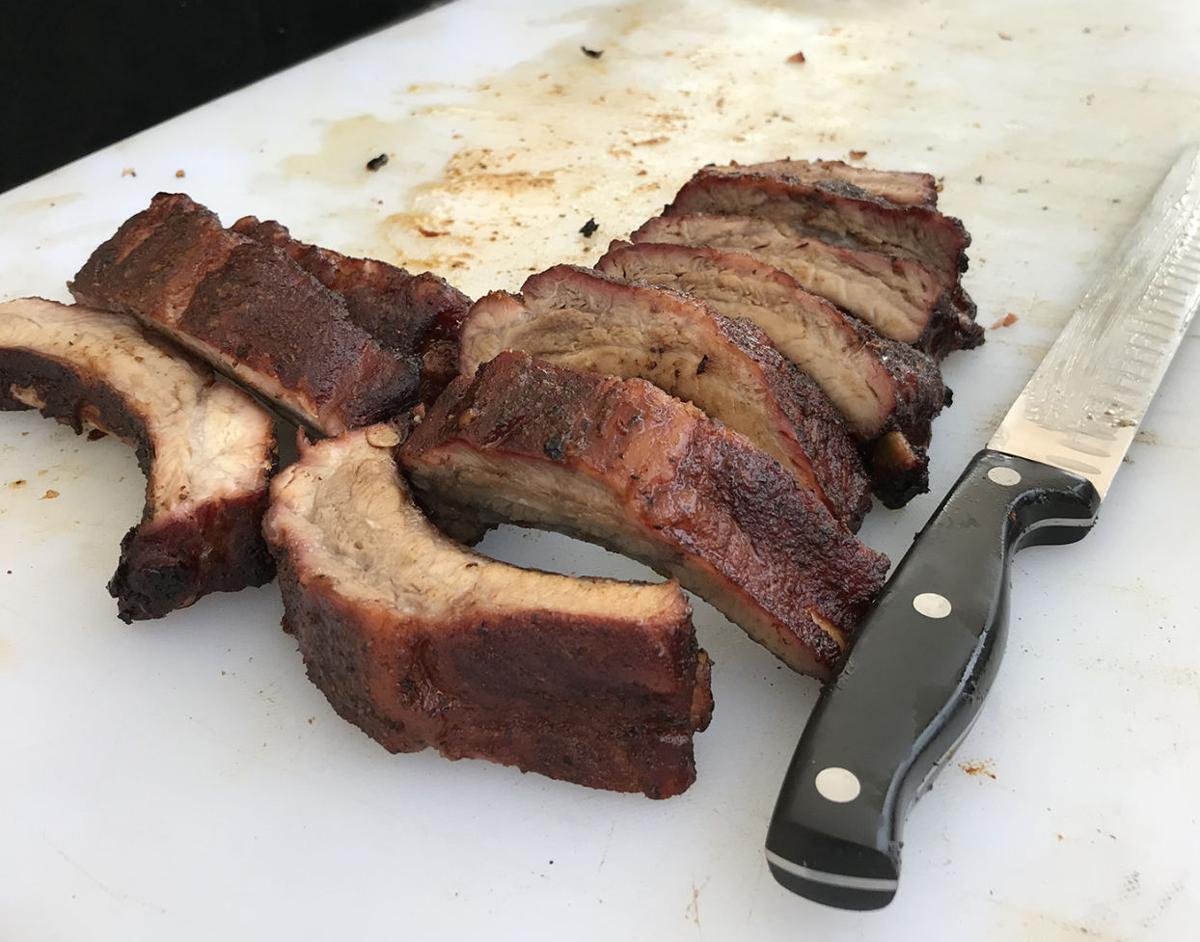 Smells from past Barbecue on the Bricks events have been known waft from downtown to north Kearney, if the wind is just right. 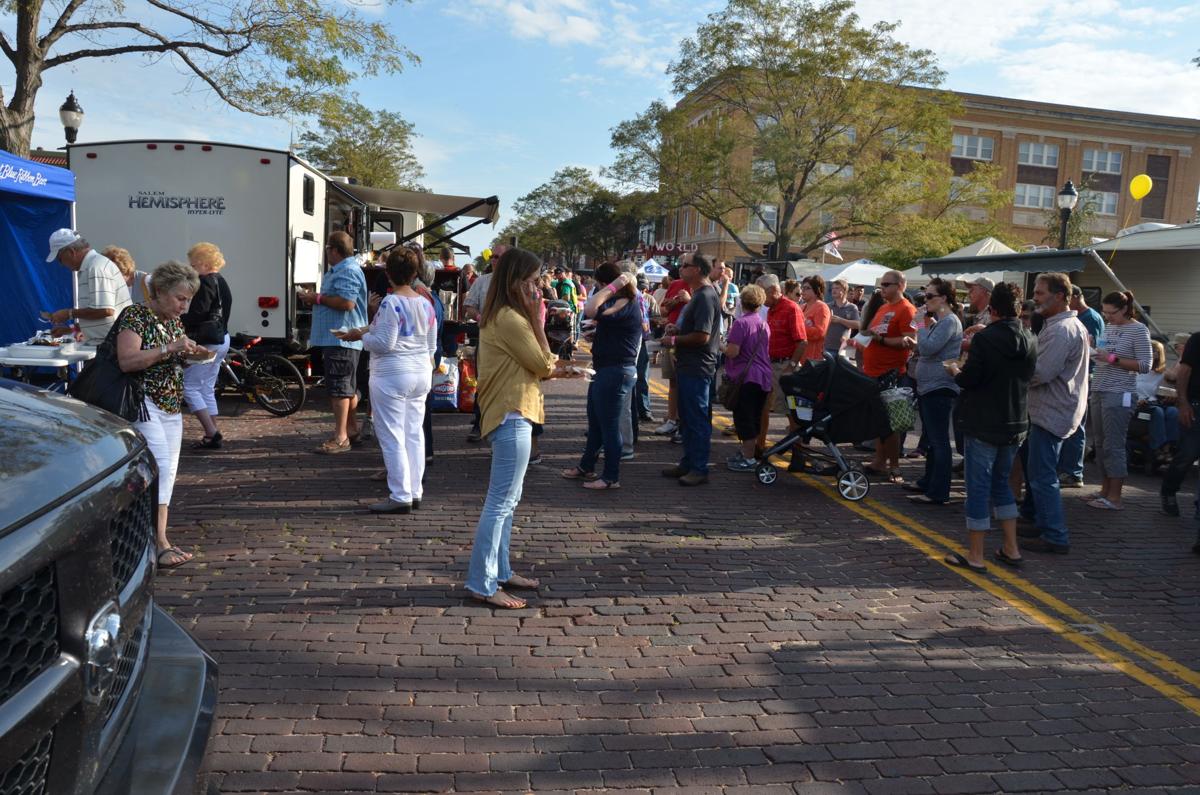 Cooks at the annual Barbecue on the Bricks will prepare meat for judging on Saturday. 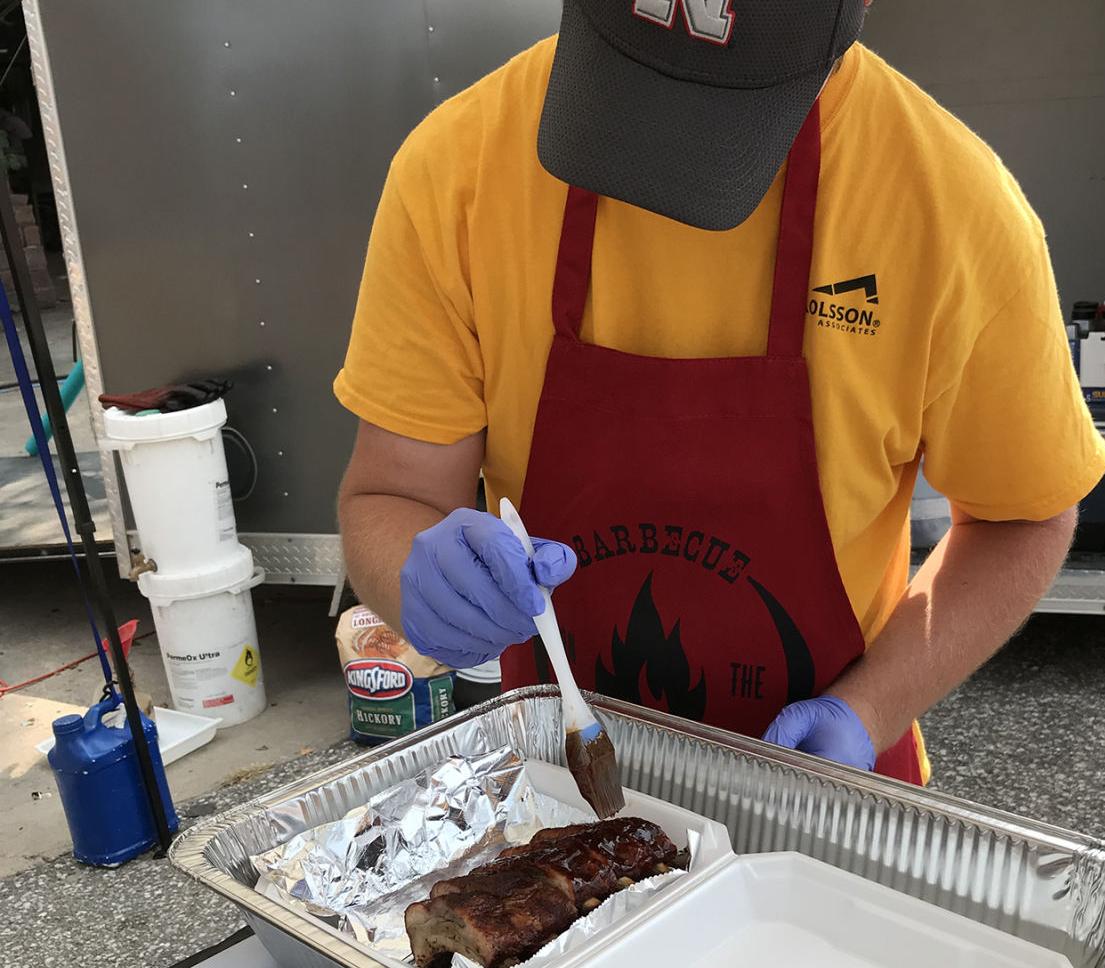 A full-plated meal will be offered by the Eagles Club fro 5-7 p.m. Saturday. Tickets for the meal are $15.

Smells from past Barbecue on the Bricks events have been known waft from downtown to north Kearney, if the wind is just right.

Cooks at the annual Barbecue on the Bricks will prepare meat for judging on Saturday.

A full-plated meal will be offered by the Eagles Club fro 5-7 p.m. Saturday. Tickets for the meal are $15.

KEARNEY — The smell of barbecue will fill Downtown Kearney: The Bricks on Saturday when the annual Barbecue on the Bricks fires up.

“The competition will be all day Saturday,” said Sue Rains, event secretary. “The teams will be there smoking ribs and pork butts. People are invited to come down, talk to the teams and maybe get some tips and hints about their own barbecuing.”

After the judging finishes at 5 p.m., Fort Kearney Eagles Aerie 2722 will serve a plated meal with meats provided by the barbecue teams. The cost is $15 per plate.

“It will be two or three ribs, a full pork sandwich, chips and beans,” Rains noted. “All of the meat will be provided by the team so this is high-quality barbecue. It’s amazing, amazing food.”

The event is in conjunction with the Mid-West Barbecue Association, the city of Kearney and the Eagles Club.

“The Mid-West Barbecue Association is more of a state group, not so much of a national group,” said Rains. “Anybody who wants to join can be part of the competition. This has localized it more. And rather than giving little tiny bits from each group, guests will actually get a full plated meal.”

Proceeds from the event will benefit The World Theatre Next Level Campaign and the theater’s balcony renovation project. Competitors will line 24th Street in front of the Eagles Club at 17 W. 24th St.

“It smells wonderful,” Rains said. “Last year we had a guy who lived up past 39th Street. He came down and said he could smell it all the way up there with the winds the way they were.”

Rains said she didn’t exactly know if the desire for barbecue comes from a deep, dark primeval place in humanity’s past.

“I don’t know why it is but everybody loves a good barbecued rib or smoked rib or pulled pork,” she said. “It just seems to be very popular. I can’t tell you why it is other than to say, if you cook it, they will come. Maybe it’s one of those deals.”

The Eagles Club will open its beer garden at about 11 a.m. Saturday.

“People can come down and have a beer and a burger, too, if they want,” Rains said.

The cooks come from many walks of life — and from different ages, too.

“We had a young girl — I think she was under 16 — last year that was competing with her family,” Rains said. “And the cooks are usually willing to share their secrets.”

The organizers expect about 500 people to venture downtown to enjoy the barbecue.

What: Barbecue on the Bricks presented by Fort Kearney Aerie 2722, city of Kearney and the Mid-West Barbecue Association

Barbecue on the Bricks to close some downtown streets

KEARNEY — Some downtown Kearney streets will be closed this weekend for the annual Barbecue on the Bricks barbecue festival.