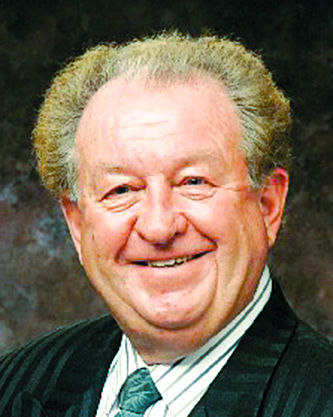 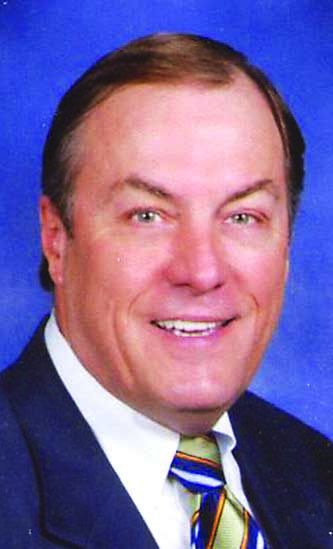 KEARNEY — The death of Cabela’s co-founder Dick Cabela, 77, Monday brought back memories of how, in 1986, Kearney became the first retail site outside Sidney for the World’s Foremost Outfitter.

The courting of Cabela’s began after one of Kearney’s top manufacturers, Rockwell, pulled out of Kearney, leaving business leaders, in the middle of the national farm crisis, wondering how to replace the hundreds of lost, high-paying jobs.

Brad Kernick, chairman of the Kearney Area Chamber of Commerce at the time, said Cabela’s was in its infancy in the mid-1980s, so Kear- ney leaders were taking a risk when they traveled to western Nebraska to meet with Cabela’s officials and pitch the idea of a retail store in Kearney.

“We got a heads-up that they really did not like suits, so we wore polo shirts and khakis,” Kernick said. “When we got there they said, ‘We’re sure glad you didn’t wear suits and ties.’”

Kernick said Brown added some credibility to the Kearney group because his Brown Transfer Co. operates a terminal in Sidney and was doing a lot of business with Cabela’s.

Neither Dick Cabela nor his brother and co-founder, Jim Cabela, met with the Kearney group, but the presentation to a handful of Cabela’s executives went well enough that soon after the Sidney visit, the Cabela brothers flew to Kearney to look around the vacant Rockwell plant.

Kearney people laid out snacks, cleaned up the building, and greeted Dick and Jim Cabela when they arrived.

“They walked around the cavernous building for 15-20 minutes, they shook hands and got back on their plane,” Kernick said.

About one week later, the Cabela’s company contacted Kearney officials with good news. The vacant Rockwell plant was to become the first retail outlet outside Sidney.

Business leaders who courted Cabela’s were pleased, but according to McKinney, the toughest sell was still in front of them. Many Kearney residents questioned the idea of replacing a manufacturing company with a retailer.

“Some people thought for a while we had laid an egg,” McKinney said. “But over time, we’ve seen that Cabela’s attracts a lot of people to Kearney.”

With almost 700,000 visitors per year, the Kearney Cabela’s store is among Nebraska’s leading tourist attractions. The facility employs Kearney-area residents in both the retail part of the building as well as its call center.

When it opened in 1986, the Cabela’s store had 12 employees. The number today is closer to 70, except during Christmas season when the staff grows to about 100.

A second occupant filled the remaining space in the former Rockwell building two years ago when the Classic Car Collection opened in the east side of the building. In 2013, Cabela’s marked its 25th year in Kearney. The World’s Foremost Outfitter now has 50 retail stores in the United States and Canada with several more on the drawing board.

One of Kearney’s current business leaders, Darren Robinson, president of the Economic Development Council, worked in property acquisition with Cabela’s before moving to Kearney. Robinson said Dick Cabela wrote one of Nebraska’s most amazing success stories, growing his business from his home in Chappell to employ almost 16,000 people today.

“I had the opportunity to have dinner with Dick and Mary Cabela on a couple of occasions when Dick would come out in his camouflage tuxedo to hand deliver bonus checks,” Robinson said. “From the kitchen table in small-town Nebraska to hundreds of millions of dollars in payroll, Dick created one of the greatest and most enjoyable success stories in Nebraska. It is sad that he has passed, and Kearney owes Dick and Mary a lot of gratitude for their generosity.”