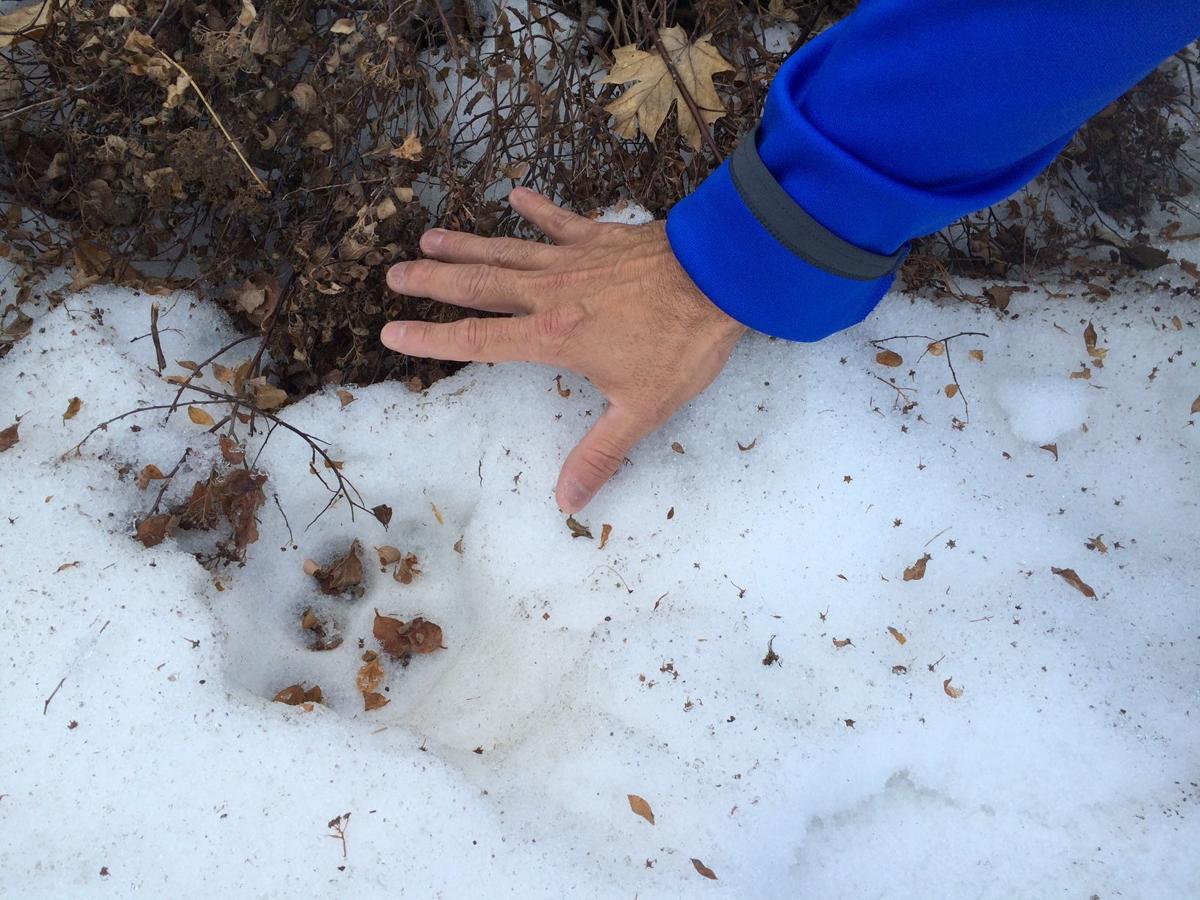 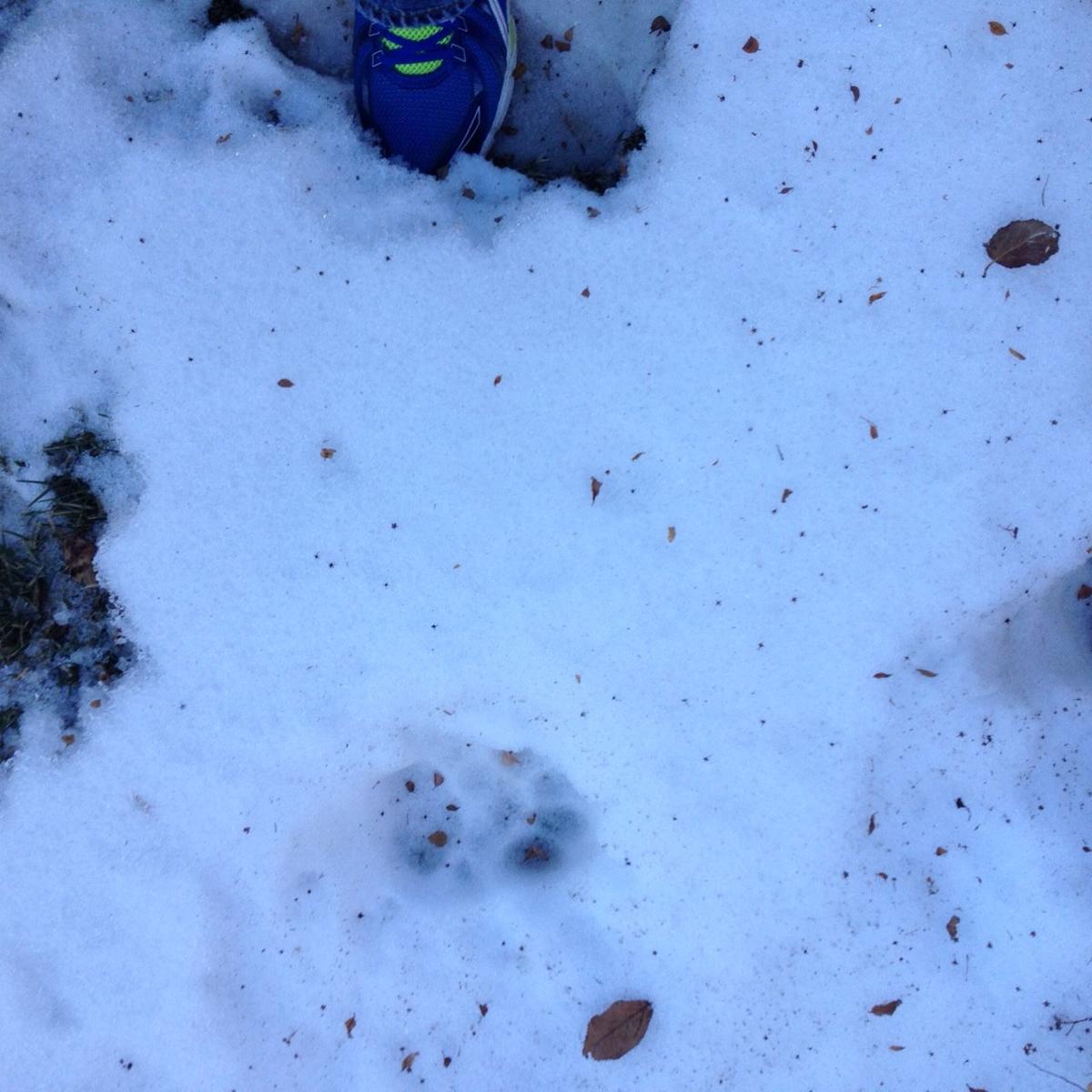 Kearney resident Rey Rodriguez found what he believes is a paw print from the mountain lion in the snow on Saturday near Holy Cross Lutheran Church, where a KPD officer spotted the animal. 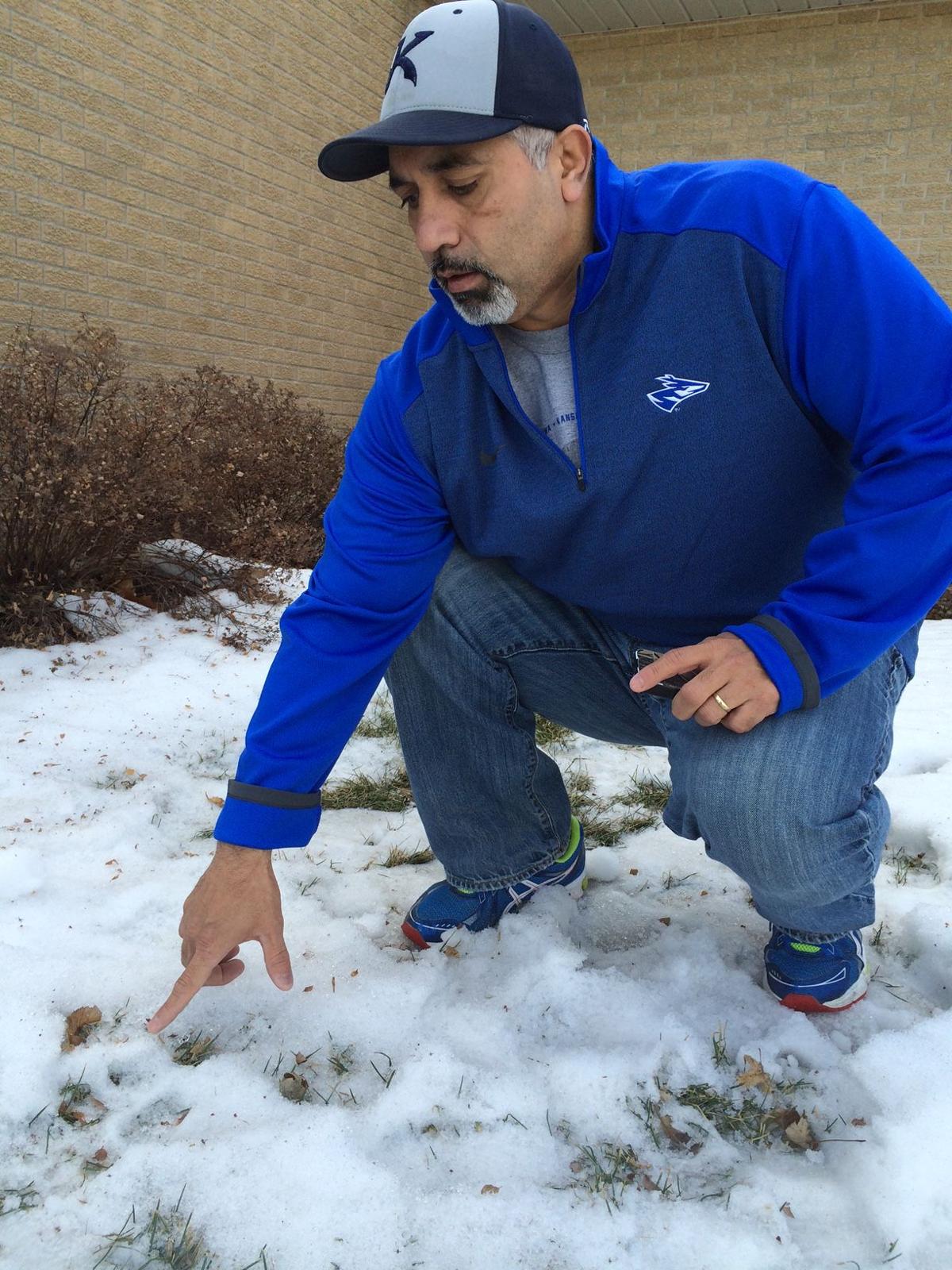 Kearney resident Rey Rodriguez found what he believes is a paw print from the mountain lion in the snow on Saturday near Holy Cross Lutheran Church, where a KPD officer spotted the animal.

KEARNEY — The mountain lion that set off warnings in Kearney on Saturday morning has likely left town, according to a wildlife expert with the Nebraska Game and Parks Commission.

Saturday morning’s spotting was the second in 3 1/2 years in Kearney. A 2-year-old male was killed in southwest Kearney in May 2011.

Johnson normally does his work in the countryside where wildlife lives, but he said today (Sunday) that he spent nearly all of Saturday in Kearney after the sighting at 4 a.m.

Sgt. Colin Wilke of the Kearney Police Department said today that an officer was performing a security check at Holy Cross Lutheran Church at 3315 11th Ave. and observed the mountain lion. The church is about one block southwest of Horizon Middle School and about three blocks from Kearney High School, where, about four hours later, a Kearney resident reportedly spotted the big cat around 8 a.m.

Johnson was near KHS at that time but did not see the animal. However, he saw tracks and, according to Johnson, the KPD officer collected video that shows the mountain lion. Johnson said KPD has shared the video with Game and Parks wildlife experts as the investigation continues. KPD declined the Hub’s request for the video.

On Saturday KPD issued warnings on its Facebook page for Kearney residents to be cautious throughout the weekend and to report any sightings to 237-2104 or 911.

After Saturday morning’s sightings, a host of police and sheriff’s department cruisers and Game and Parks vehicles were combing the residential area south of Horizon Middle School and Kearney High, but there were no more sightings after the two reports on Saturday.

"I think everybody’s alert today (Sunday), but my thought is that it’s long gone," Wilke said.

Johnson said Game and Parks receives scores of reported sightings each year. Most of those are eyewitness accounts that lack supporting evidence, such as paw prints, scat, fur, or trail camera or video images.

Johnson said he examined a set of paw prints near Horizon Middle School on Saturday, but Game and Parks policy doesn’t allow him to comment whether they were left by a mountain lion.

Johnson said mountain lions are on the move a lot, and they can mistakenly wander into towns or cities. When they do, he said, "they are probably as scared of people as we are of them."

Johnson said people who encounter a mountain lion might feel like grabbing a photo with their cell phone, but a wiser strategy is to leave the animal alone.

"Don’t approach that animal and don’t try to get more photos. Just distance yourself as best as you can," he advised.

GIBBON — A mountain lion was reported Tuesday along the Wood River on the north edge of Gibbon.