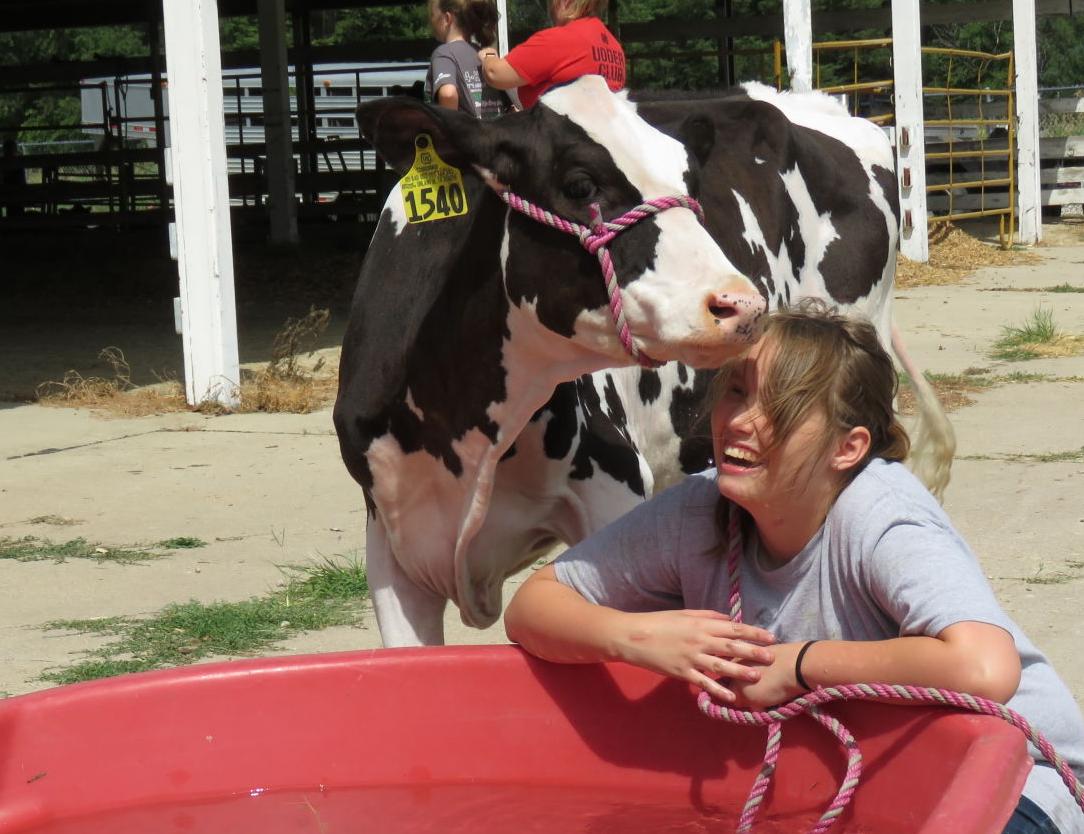 A decision about the 2020 Buffalo County Fair’s fate involves many issues, including how to maintain social distance when animals, exhibitors and audiences share close quarters at events such as the 4-H Swine Show. The fair’s status will be discussed further at the May 12 Buffalo County Fair Board meeting. 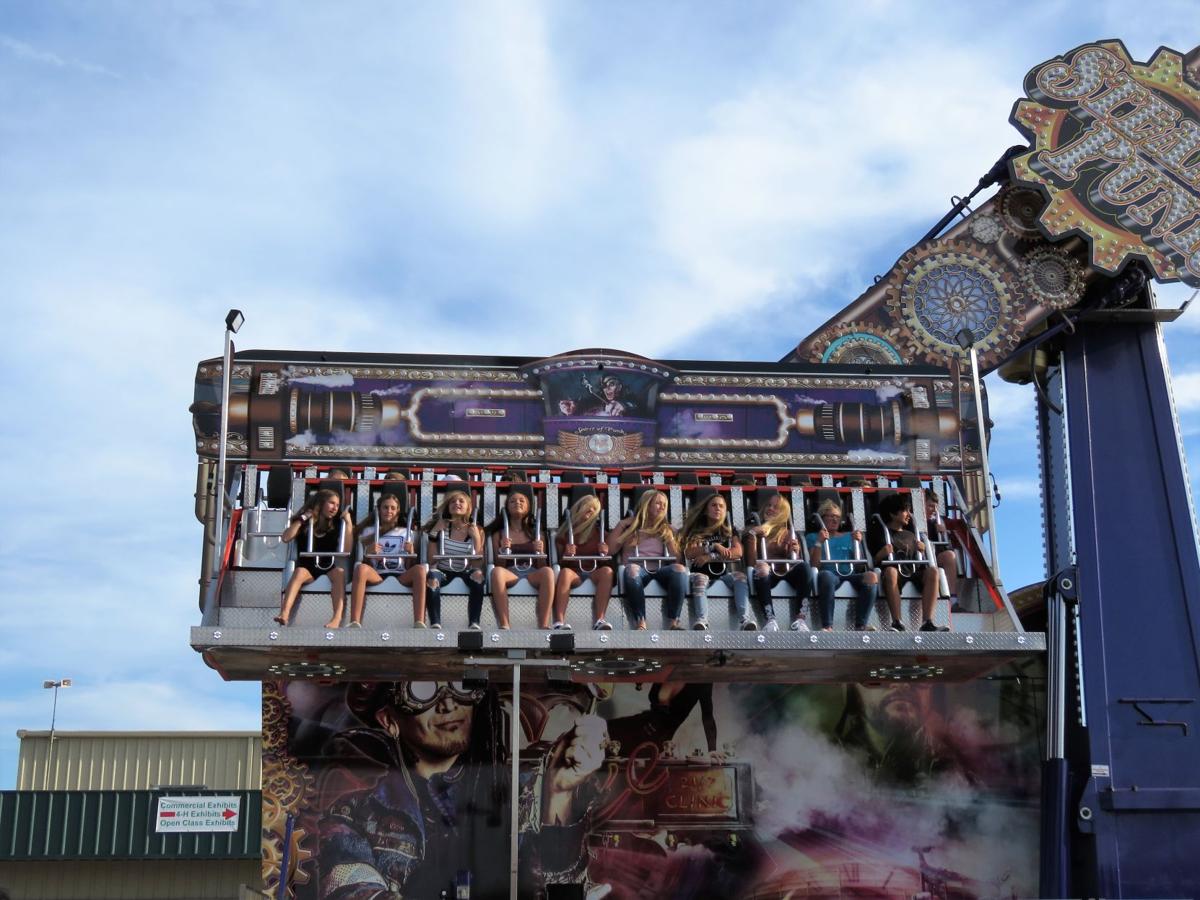 Carnival-related logistics at 2020 county fairs may include constantly wiping down rides and games, and how to track contacts if a COVID-19 case is linked to time spent at the fair. 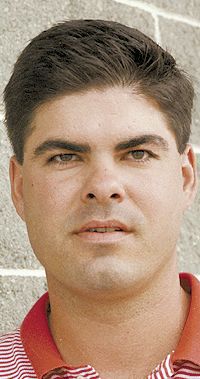 A decision about the 2020 Buffalo County Fair’s fate involves many issues, including how to maintain social distance when animals, exhibitors and audiences share close quarters at events such as the 4-H Swine Show. The fair’s status will be discussed further at the May 12 Buffalo County Fair Board meeting.

Carnival-related logistics at 2020 county fairs may include constantly wiping down rides and games, and how to track contacts if a COVID-19 case is linked to time spent at the fair.

KEARNEY — Should county fairs — the biggest summer event in many Nebraska communities — be canceled because of the COVID-19 pandemic?

“We’ve talked about it extensively,” Roseberry said. “... We haven’t set a date when we will choose.”

He expects the Buffalo County Agricultural Society (Fair Board) members, in consultation with University of Nebraska-Lincoln Extension staff, to be closer to deciding the fate of the July 22-28 Buffalo County Fair after the board’s May 12 meeting.

The Nebraska State Fair remains on schedule for now. Interim Executive Director Jaime Parr said in a press release Friday that planning continues for the Aug. 28-Sept. 7 state fair and Sept. 24-27 Aksarben Stock Show on the fairgrounds at Grand Island.

Hall County currently has the highest number of confirmed COVID-19 cases in the state.

Roseberry said the pandemic’s status, testing issues and decisions by Gov. Pete Ricketts and other state officials are deciding factors about 2020 fairs, but it mostly will be up to local fair boards.

Questions include whether such large group events will be allowed, even after restaurants, retail stores and service providers reopen, and if people will feel safe to attend.

Roseberry said the uncertainty means people are not buying tickets and fair advertising has been limited to date.

Buffalo is among the counties where nonessential businesses now are delayed from opening until May 31 because of rising COVID-19 cases, particularly in neighboring hot spots, Hall and Dawson counties.

Roseberry said alternatives to indoor concert entertainment at the fair might be fireworks or a free concert, allowing people to stay in their vehicles or at least be spread out.

“But I don’t think we can afford them either,” he added, noting that revenue losses from cancellations of other events that had rented fairgrounds facilities totaled approximately $90,000 from mid-March to mid-April. “There were wrestling tournaments, cattle shows, craft shows ... something scheduled every weekend.”

The fairgrounds staff has continued to work, but furloughs are starting now and Roseberry said he and other remaining staff are taking 20 percent pay cuts. He added that the only good thing about the pandemic is the empty fairgrounds has allowed for a lot of spring repairs, painting and cleaning work.

“The problem is there are a lot of things we need to be doing right now (for the county fair) that would be costing us money,” Roseberry said, noting that some vendor contracts haven’t been executed.

Heart of America Shows still would like to come to Kearney as part of a “seven fair run through Nebraska,” he said, but that won’t be the case if more of the seven stops are canceled. The Lancaster County Fair already dropped its carnival and other entertainment, but still plans to have 4-H and FFA events.

Other complications include carnival operation logistics such as constantly disinfecting rides, games and other attractions, and possibly needing to track contacts if a COVID-19 case is linked to the fair.

When asked what happens if social distancing and masks are required in late July, Roseberry said: “If it comes to that, it’s gonna be hard to have it (the fair), I think. There are just too many questions that can’t be answered now.”

Buffalo County Extension Educator Kerry Elsen said Extension staff members are communicating with 4-H families, leaders and others involved in the county fair to get their thoughts.

Elsen said the goal is to come up with the best plan, “but at this point I don’t know what that looks like.” She hopes to have a better idea by the May 12 discussion at the Buffalo County Fair Board meeting.

Among many issues for livestock exhibitors is whether there will be a processor to take the market beef, swine and sheep at the end of the fair, Elsen said.

Already canceled are many 4-H livestock progress shows and the five June district horse shows that serve as qualifying events for the State 4-H Horse Show. The state show still is scheduled for July 12-16 at Fonner Park in Grand Island and any eligible 4-H member may compete this year.

Roseberry said the fair board and staff have had conference calls with officials at other fairs about “virtual fair” events.

For livestock, that might require 4-H exhibitors to make videos with their animals or attend an appointment-by-video day at the fairgrounds. Roseberry said a judge would select champions and ribbons would be awarded based on the online videos.

Even that idea would require decisions about the online site used, charging full or partial entry fees and whether to pay full premiums for placings.

“Nobody’s got an answer,” Roseberry said, when asked if all the questions and other issues mean the 2020 Buffalo County Fair should be canceled. “You hate to pull the plug too early, but people want to know.”