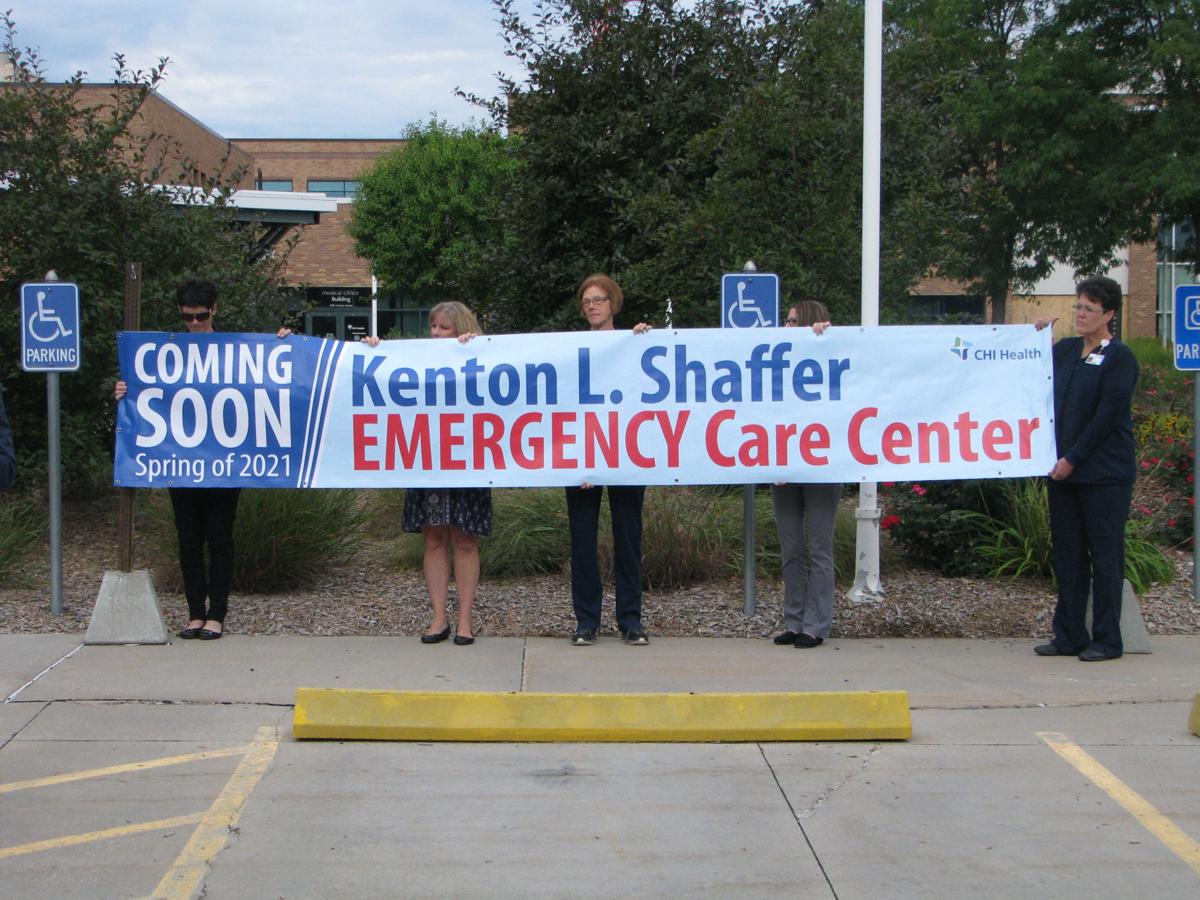 Tuesday's ceremony included the unfurling of this banner. 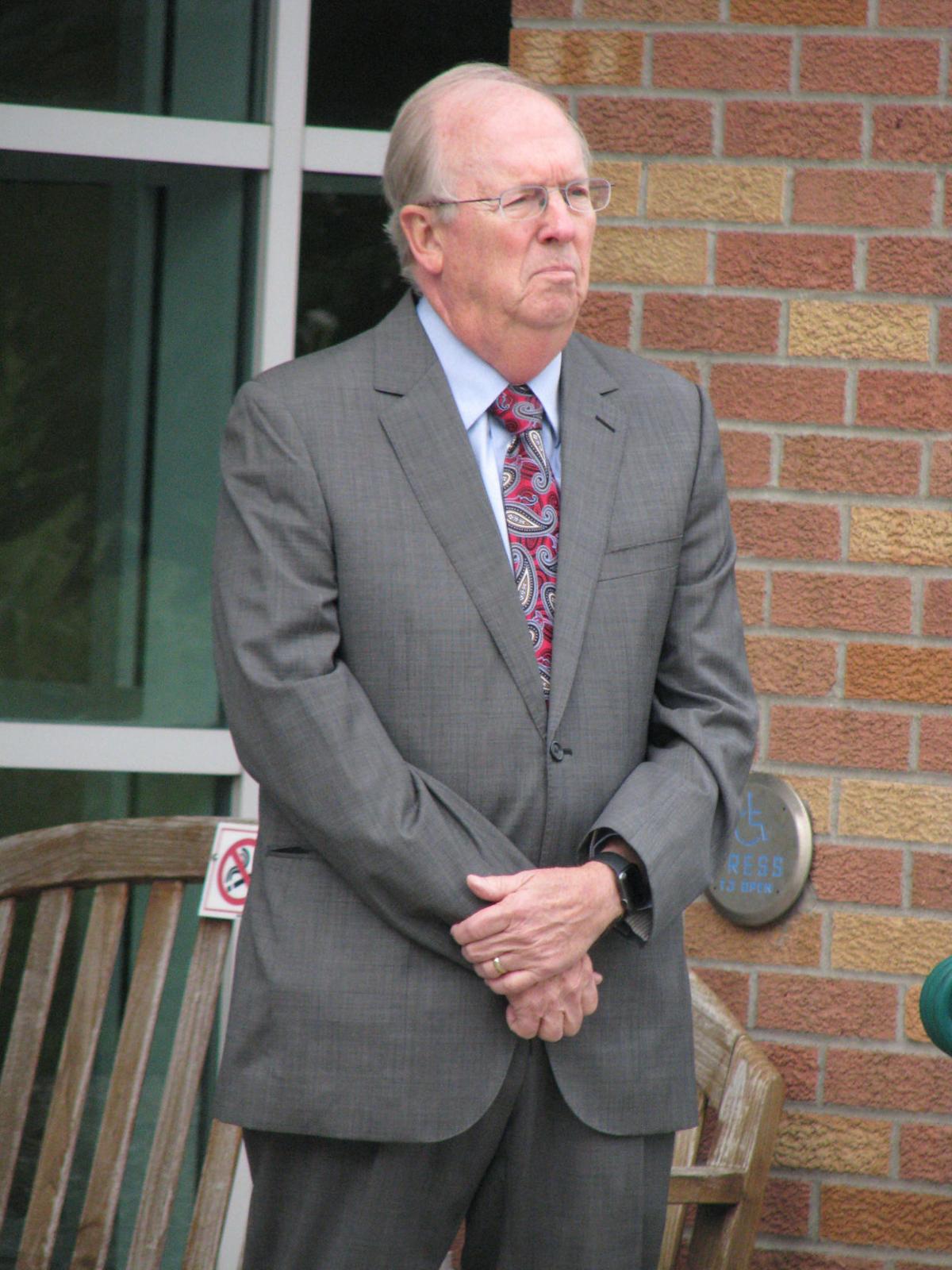 Ken Shaffer, retired pediatrician, is the namesake of the new ER. 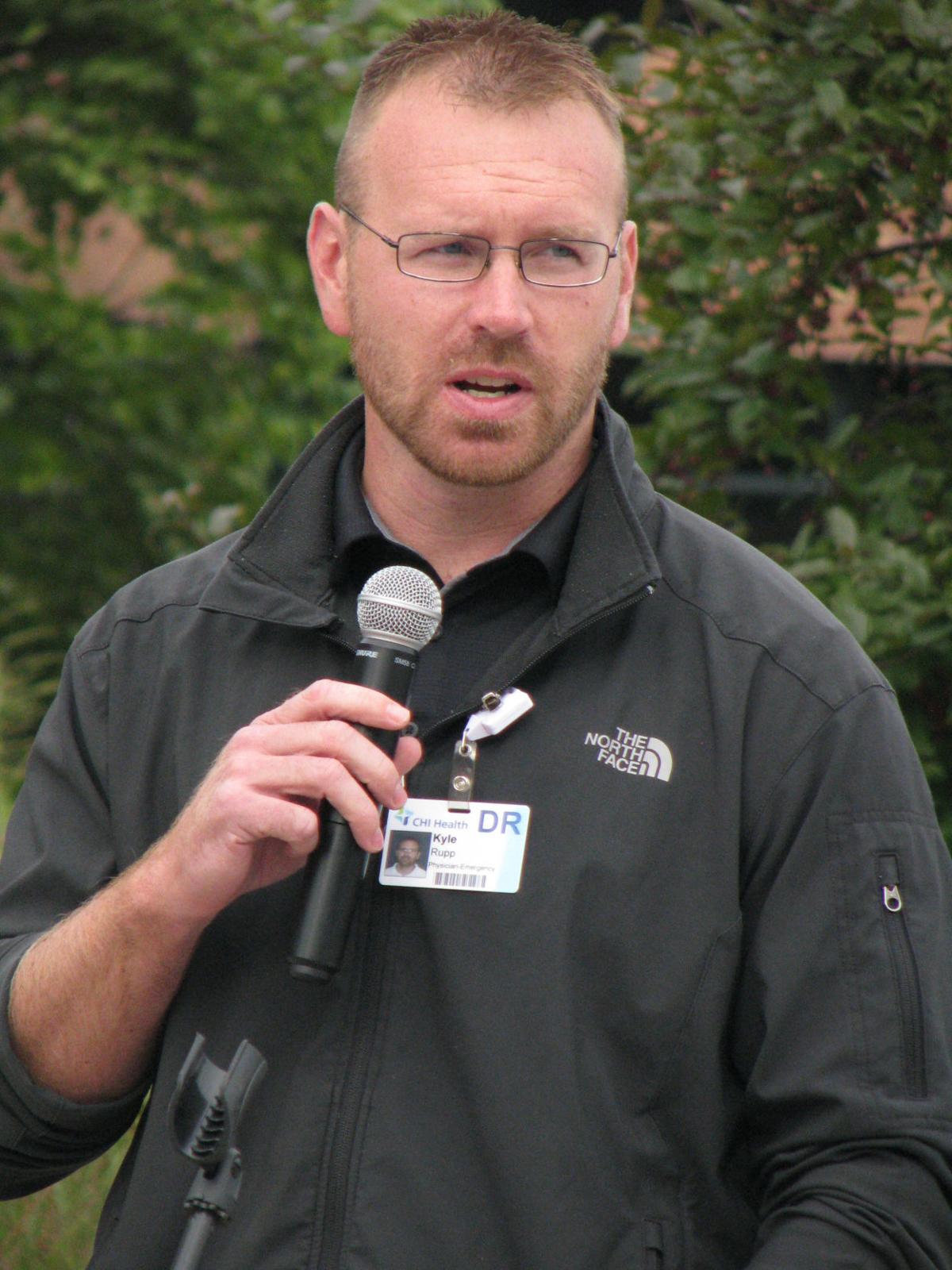 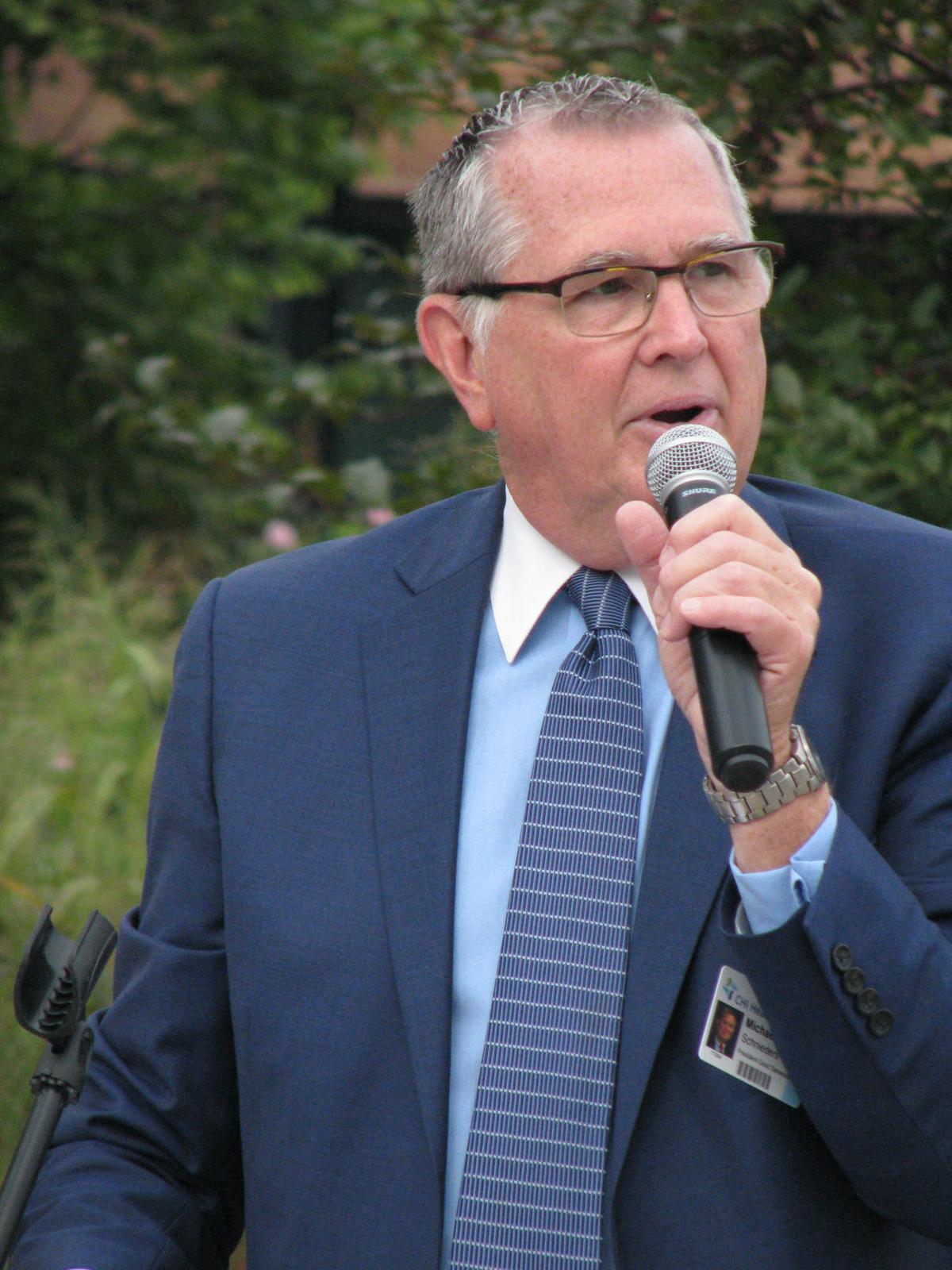 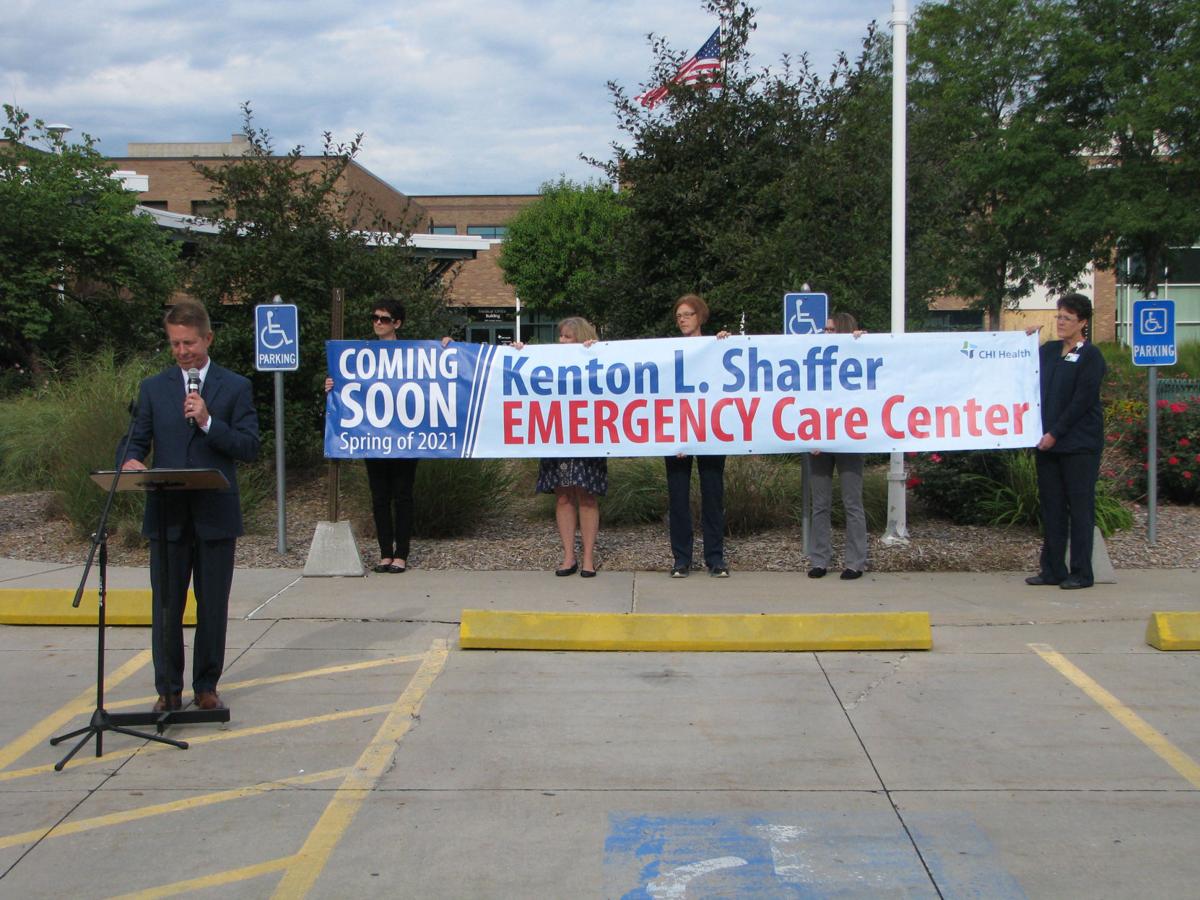 This banner was unveiled at Tuesday’s ceremony. Speaking at left is Randy DeFreece, executive director of the CHI HealthGood Samaritan Foundation.

Tuesday's ceremony included the unfurling of this banner.

Ken Shaffer, retired pediatrician, is the namesake of the new ER.

This banner was unveiled at Tuesday’s ceremony. Speaking at left is Randy DeFreece, executive director of the CHI HealthGood Samaritan Foundation.

KEARNEY — CHI Health Good Samaritan broke ground this morning for a new Emergency Room that will be more than twice the size of the current one.

The new ER will use existing facility space, including parts of the current 7,500-square-foot ER, which was built in 1994. The new center will feature:

- A large trauma room that can support two patients.

The space also will feature a larger nurses station, a dispatch and communication center, staff work areas and more storage.

“Health care has made incredible advancements in the last 25 years. Built for equipment of the 1990s, our current space isn’t optimal for the new technology it currently houses. Our technology is already leading-edge; the new larger space will allow it to be used more efficiently and effectively,” said Mike Schnieders, CHI Health Good Samaritan president.

“We need more room for parking, waiting, triage and especially private treatment rooms configured to be the most efficient and effective for our patients. As the region’s designated trauma center, we want to provide the very best care and facilities,” he added.

The entrance to the new ER will be at the hospital’s main entrance at 10 E. 31st St., just west of A Avenue. The ambulance bay will remain where it is located currently.

While the ceremonial groundbreaking was held today, behind-the-scenes work already has started. Work on the new entrance will be noticeable by the end of the year.

The current ER will remain open throughout construction. “It will not cause any interruptions for our ER patients or staff,” Schnieders said.

As requested by an anonymous donor, the new space will be named the Kenton L. Shaffer Emergency Care Center at CHI Health Good Samaritan. Shaffer, now retired, was a longtime pediatrician who helped build the foundation of Good Samaritan’s NICU. It was the first of its kind in central Nebraska.