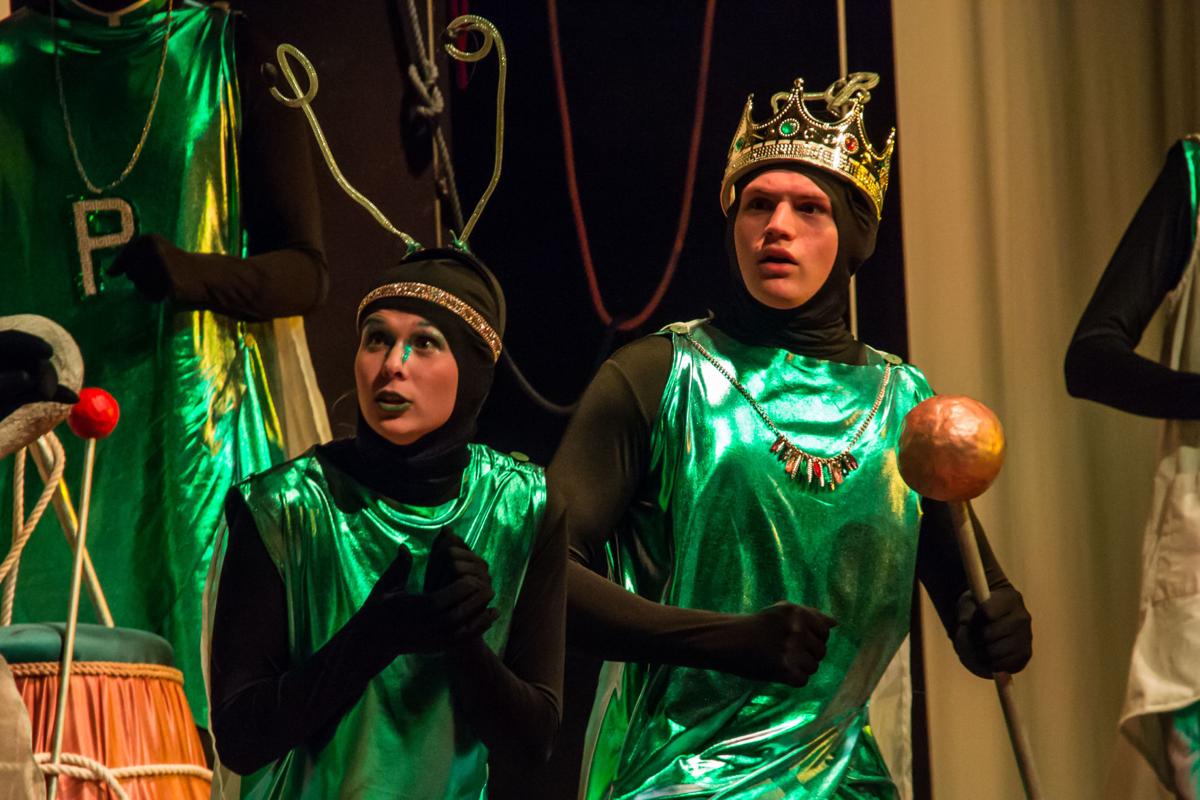 The King, Vinnie Martin, and his daughter Elaine, Kelsey Borowski, react to a shocking suggestion. 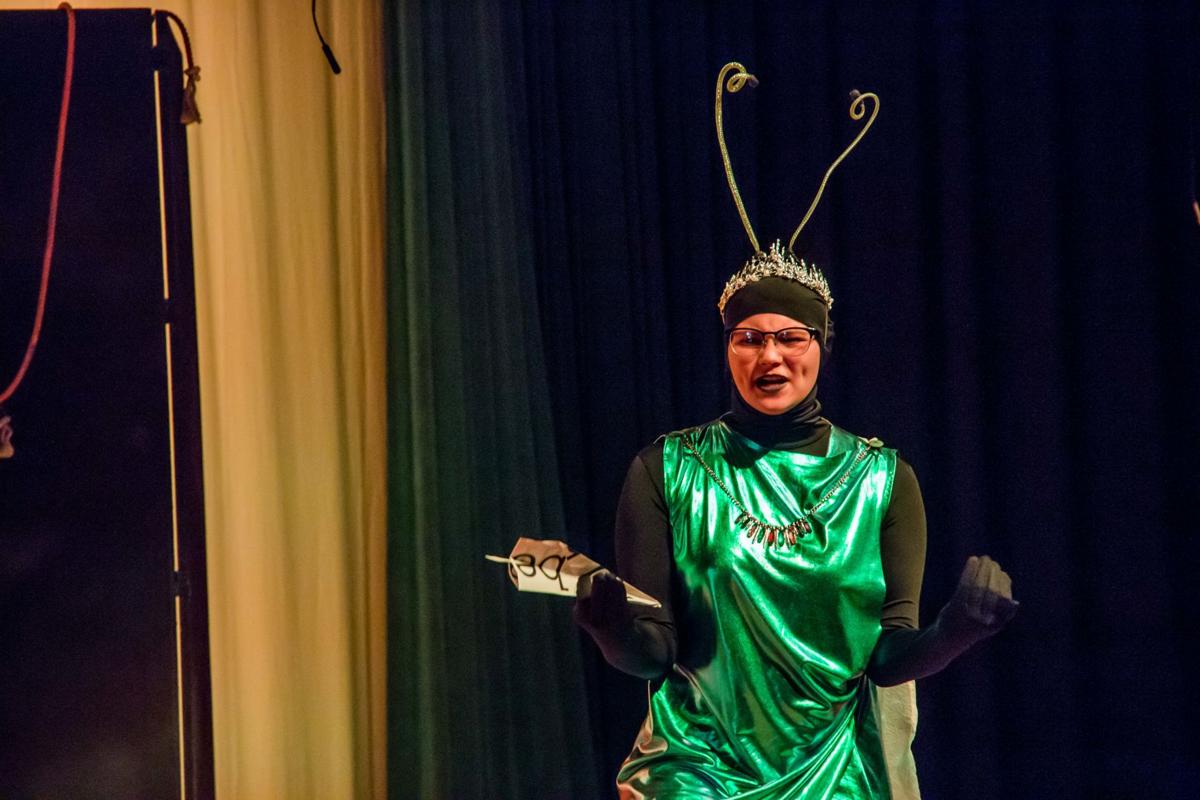 The Queen, Omni Smith, reveals to the audience that she has been sending messages to bugs in the opposing kingdom. She holds one of the messages in her hand, folded into a paper airplane.

The King, Vinnie Martin, and his daughter Elaine, Kelsey Borowski, react to a shocking suggestion.

The Queen, Omni Smith, reveals to the audience that she has been sending messages to bugs in the opposing kingdom. She holds one of the messages in her hand, folded into a paper airplane.

KEARNEY — Though she’s been on Kearney Catholic High School’s One-Act team every year of high school, senior Kelsey Borowski said she hasn’t had to act like she has this year.

In fact, each of the performers in the 30-minute play have all had to change how they walk, move and talk on stage. This year, every single actor is playing a bug.

“That adds many new layers to our performances. We have to be characters other than humans, which has been a super interesting experience,” Borowski described.

Director Maureen Nitz has been working with the cast this season to “mimic true bug behavior,” which complements their costumes of insect wings and antennae, created by Kathy Niedbalski, Naomi Hastings, Sydney Owen and Carla Owen.

“Some actors have mastered the concept with hilarious results,” Nitz said.

The show, “Bugzzz,” follows a princess and prince from opposing kingdoms, played by Borowski and Ben Homan, who fall in love. After the prince is discovered hiding, he tries warning the princess’s parents about an incoming attack, but the warnings fall on deaf ears.

“This is an allegorical play about intolerance and the violence that often accompanies it,” Nitz explained. “A former co-director, Carolyn Miller and I picked this out years ago, but never produced it. Its subject matter seemed so current to me this year that I decided to finally produce it. My co-directors Ann Sucha and Jeni Homan were also on board.”

Though the play is about disunity, being cohesive as a cast has been a crucial element for success, some seniors in the cast agreed.

For most of the play, a large percentage of the cast is on stage at once. This means all the actors have to be on the same page, staying involved in the action of the scene and reacting appropriately.

Homan described the process as “becoming a colony.”

“We’ve all grown together as a cast a lot throughout this,” Homan said. “One person might look at it and be like, ‘Wow, you have to be bugs on stage. That’s dumb.’ But when we all are bugs on stage, then the ones who aren’t trying to be a bug on stage look dumb, as our directors have told us multiple times.”

Homan said the unity will be one of the keys to giving the best performance they can when the team heads to districts.

KCHS will perform at the B-5 district competition Dec. 6 at Minden High School. The contest begins at 9 a.m., and KCHS is fifth in the lineup.

Other Hub Territory schools competing at that district event include Gothenburg, Cozad, Holdrege and Minden.

“The best we can do to prepare for districts is to give the best performance we can. From that point, it is in the hands of the judges,” Nitz said. “We are in a challenging district with lots of quality programs.”

KEARNEY — Five area high schools are moving on to the state play production competition in Norfolk after getting first place in their districts.