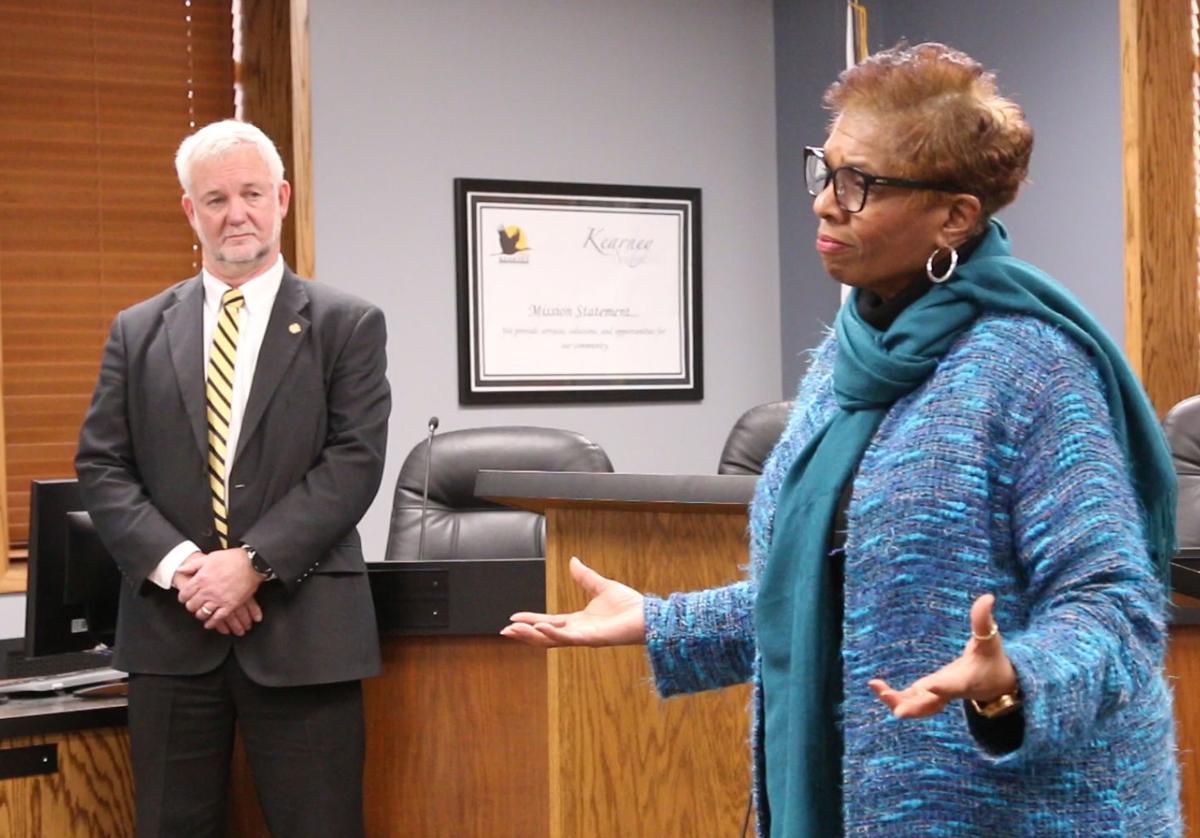 Kearney Sen. John Lowe stands by at Dannette Smith, CEO of the Nebraska Dearptment of Health and Human Services lays out her plan and vision for Kearney's Youth Rehabilitation and Treatment Center. 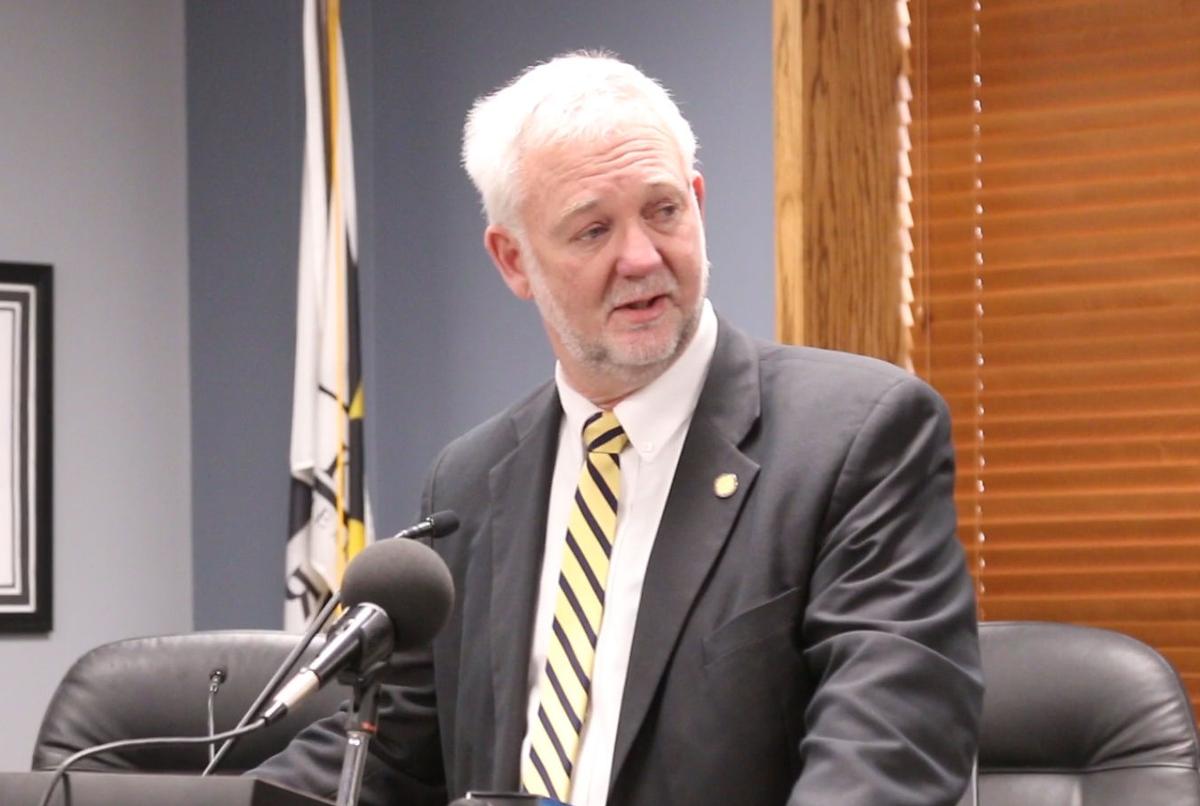 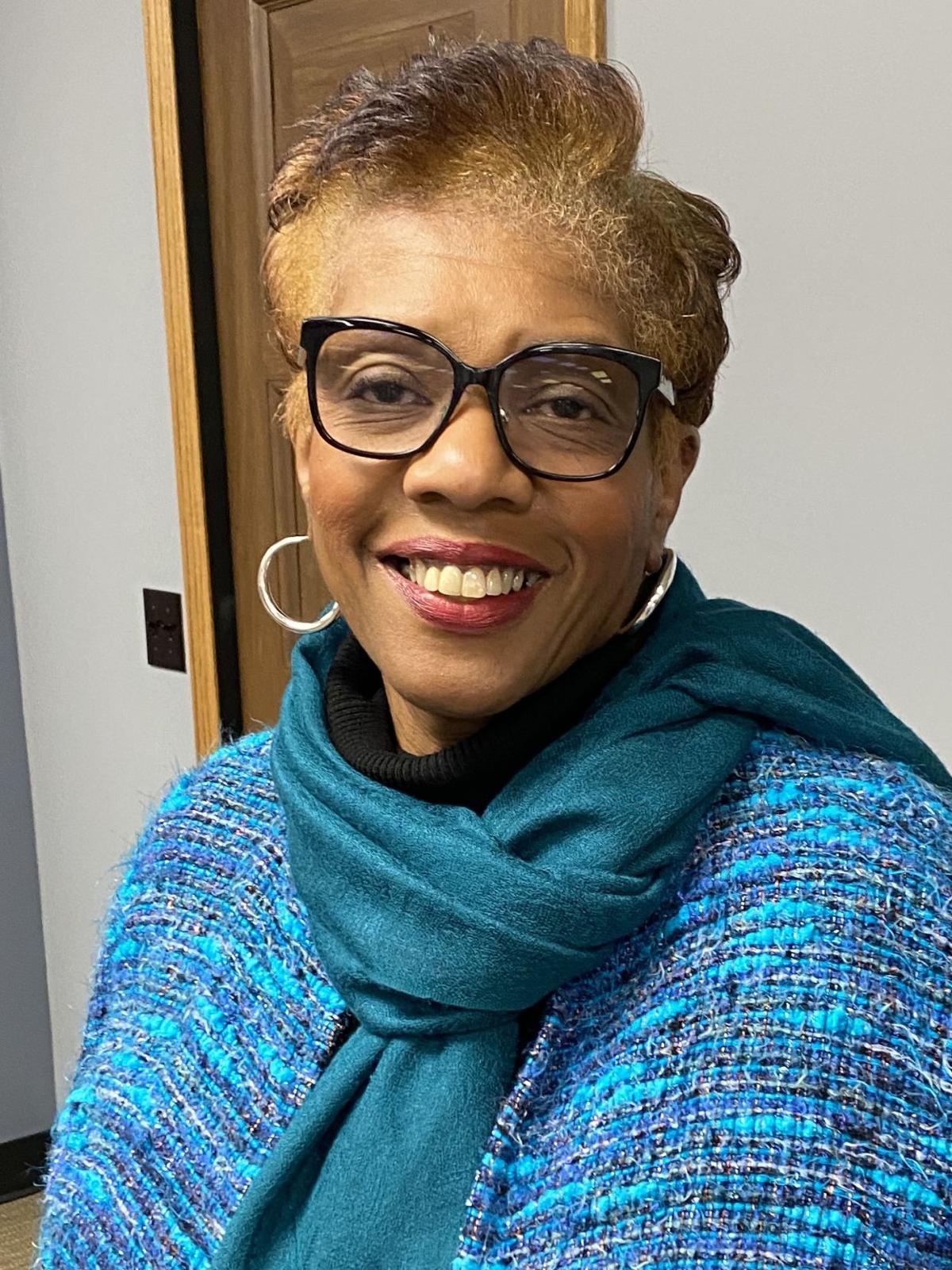 Kearney Sen. John Lowe stands by at Dannette Smith, CEO of the Nebraska Dearptment of Health and Human Services lays out her plan and vision for Kearney's Youth Rehabilitation and Treatment Center.

KEARNEY — With Kearney law enforcement’s help the staff at Kearney’s Youth Rehabilitation and Treatment Center soon will have the correctional skills to handle the teens they supervise.

“This time is different,” said Dannette Smith, CEO of the Nebraska Department of Health and Human Services, who reassured the Kearney community that changes are being made to improve safety at the facility.

“This has not been easy for you (Kearney residents) for multiple years. But we are committed to figuring out how we can solve this and fix it expeditiously, but also thoughtfully,” said Smith, who hosted at a press conference this morning at Kearney City Hall.

Soon, Kearney police will begin training YRTC staff on de-escalation techniques when they arise with teens. State officials and police are meeting to devise training protocol.

Next week six high-risk male juvenile offenders also will be moved to the new YRTC facility at Lincoln, three female juveniles will be returned to Geneva where they will start to re-integrate into the community and two youths will be transferred to the Hastings Regional Center for residential treatment.

However, Smith insisted the most recent escapees and assaults on staff hasn’t affected YRTC’s ability to treat and serve juvenile offenders.

Smith listed the next steps of the plan for YRTC:

- YRTC executive management will be on campus 24 hours a day providing additional assistance to ensure security and safety for staff and residents.

- For the next 30 days all furloughs and off-site visits have been suspended until officials can assess the protocol for that program. On-site visits will be limited to parents, guardians and children of the youths at YRTC.

- Increased staff from other state facilities.

- Judges have been asked to withhold sending anyone to YRTC for 10 days until the facility can stabilize the youths in their care.

- Ongoing meetings with the city of Kearney and Buffalo County.

Two child-adolescent psychiatrists have been added to the YRTC staff to complete assessments on teens to determine their needs. Teens need to be evaluated differently than before, Smith said.

“We’re seeing youth with significant mental health issues that officials haven’t seen before. That’s a different level of youth that the Kearney YRTC has seen,” she said.

More than 100 new frameless beds also have been ordered for the facility so they no longer can be used as weapons. Four YRTC staffers were assaulted late last week with bed frames that had been torn apart. At least one victim was hospitalized overnight. Smith has seen photos of that staff member and said, “It’s troubling to me.”

State Sen. John Lowe of Kearney blamed himself and other senators for inhibiting YRTC staff from being able to do their jobs. For years staff have been restricted from being hands on with YRTC youths. Lowe vowed to do what he could to make YRTC better and keep Kearney safe.

“We’re gonna get this better. For those who’ve been affected by the young men and women who run, we’re with you. We’ll make sure they go to the right places where they need to be.”

Health and Human Services CEO Dannette Smith announced plans Wednesday to address issues of staffing, security and safety at the center following a string of assaults, escapes and car thefts by some of the 98 boys and 23 girls sent to YRTC for treatment and schooling after breaking the law.

YRTC plan is 'what we’ve been asking for for a long time' county attorney says; others weigh in on effectiveness