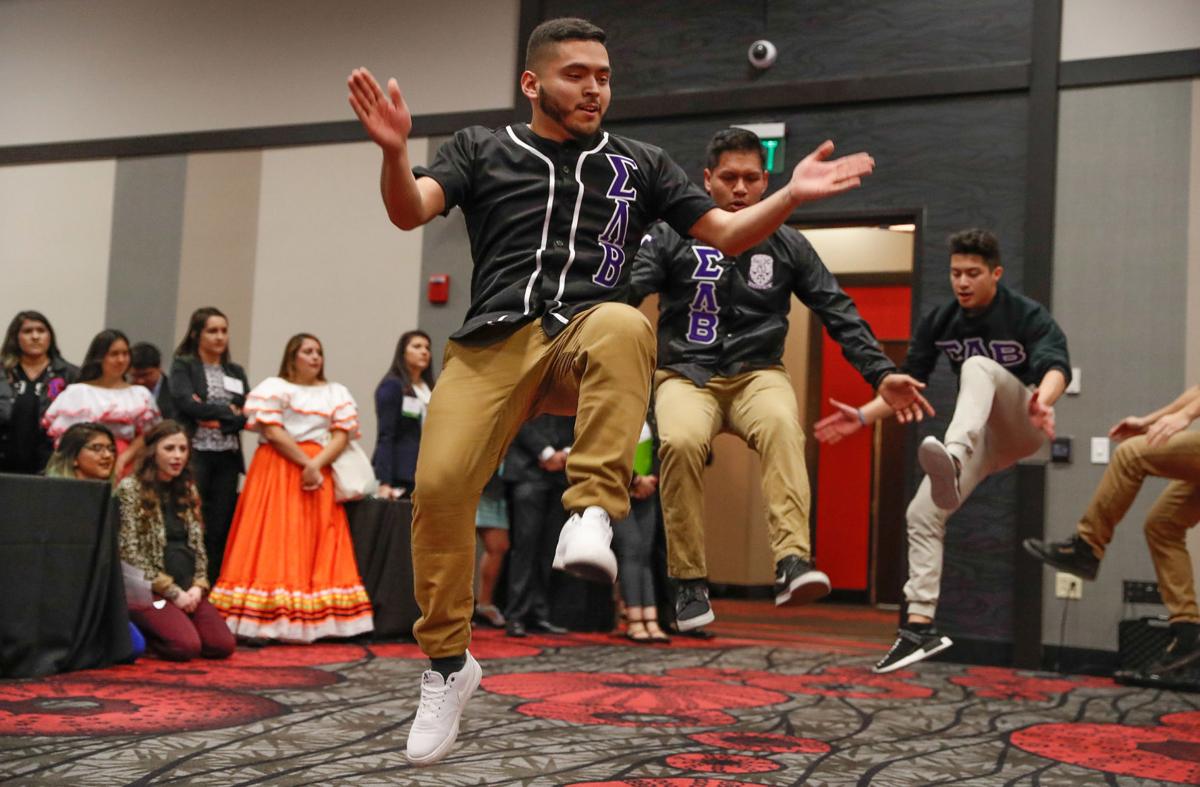 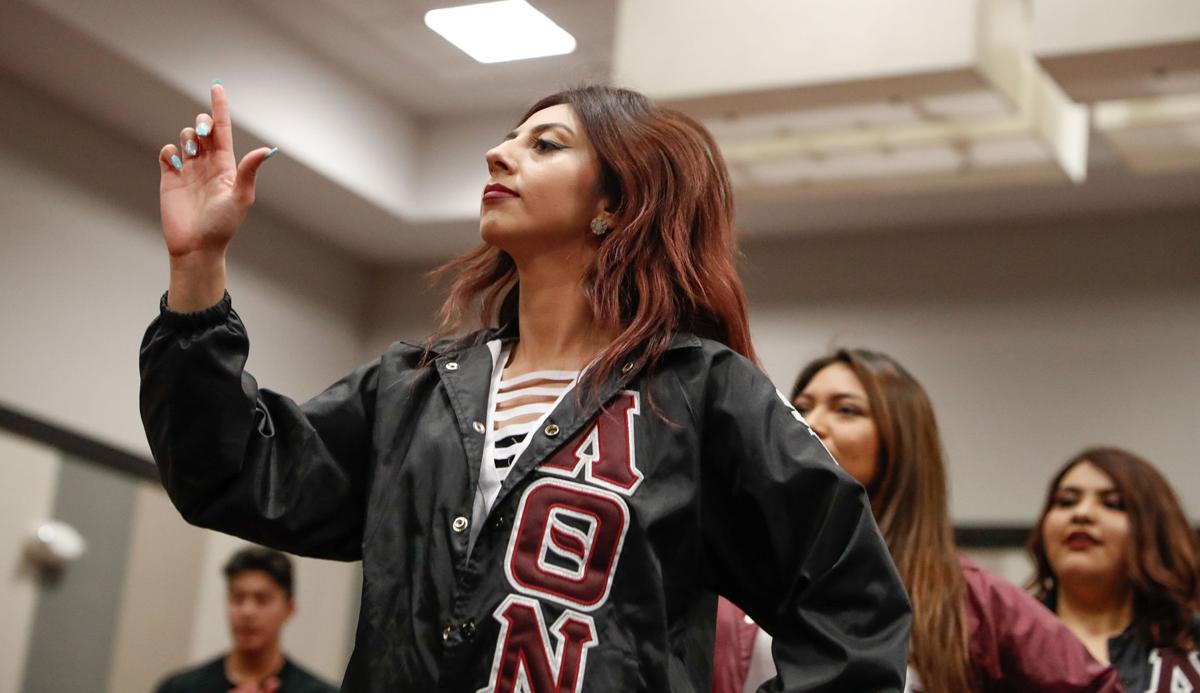 The Lambda Theta Nu sorority is one of three multicultural Greek organizations that will be competing in a stepping/strolling event Saturday evening in the Ponderosa Room at UNK’s Nebraskan Student Union. 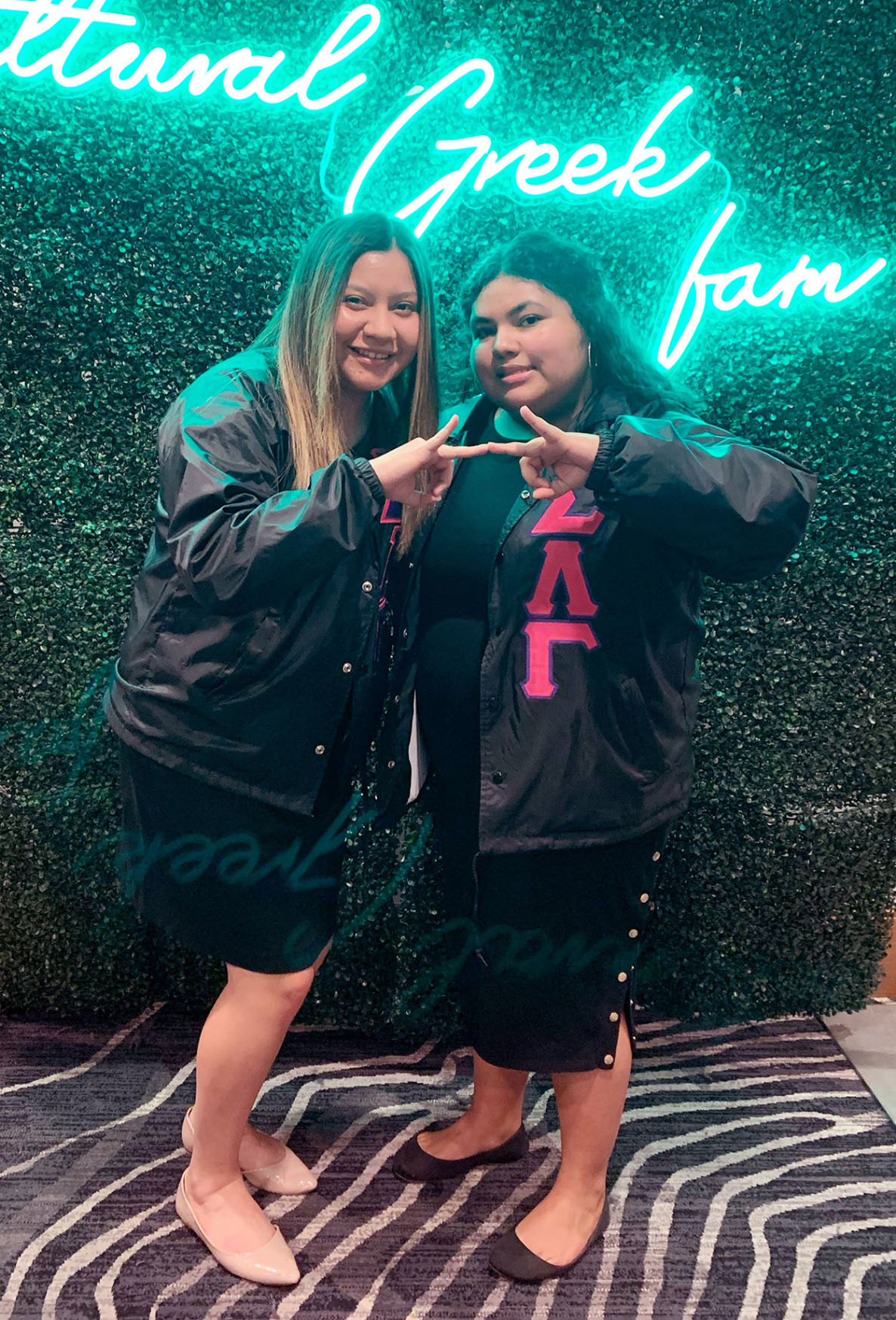 The Lambda Theta Nu sorority is one of three multicultural Greek organizations that will be competing in a stepping/strolling event Saturday evening in the Ponderosa Room at UNK’s Nebraskan Student Union.

KEARNEY – Mariela Santos didn’t have the highest opinion of sororities when she was preparing for her college career.

She’d heard all the negative stereotypes and couldn’t see how Greek life might benefit her.

Then the Omaha native arrived at the University of Nebraska at Kearney, where she didn’t know anyone.

Members of the Sigma Lambda Gamma sorority became fast friends, giving her another support system as she transitioned to a new city.

“When I met the girls from my sorority, it was different from what I expected,” Santos said. “It didn’t feel fake. It didn’t feel like I had to pretend to be a certain type of person. I joined because I like that feeling of unity and acceptance, without feeling like I had to change.”

These organizations are “a little different” than UNK’s other sororities and fraternities, according to Santos, a social work major with a marketing minor.

Members don’t live in Greek housing and their recruiting style is a little less public. For instance, they don’t participate in UNK’s annual Bid Day.

With about 40 total members between them, UNK’s multicultural Greek organizations are also smaller than the nine traditional sororities and fraternities served by the Panhellenic and Interfraternity councils.

Because of this, the groups are close-knit, creating a “campus family” for members.

“We all know, understand and support each other,” Santos said.

Through the Multicultural Greek Council the organizations collaborate on social gatherings, fundraisers, community service projects and events that promote cultural awareness and diversity.

One of these events is the annual yard show, where the three UNK groups showcase their stepping and strolling skills.

“You feel it. With the music and everything, you just want to go up there and dance,” she said.

Both stepping and strolling have roots in traditional African dance styles, but they are slightly different. Strolling is more of a choreographed dance, while stepping involves synchronized stomping, clapping, singing and chanting. Each multicultural Greek organization has its own unique routine.

These traditions were started by the National Pan-Hellenic Council, a group of nine historically African American sororities and fraternities commonly known as the “Divine Nine.”

Although UNK’s multicultural Greek organizations are primarily Latino/Latina, the groups are open to any student.

Like Santos, junior Gracie Lopez didn’t plan on joining a sorority when she enrolled at UNK.

After members of Sigma Lambda Gamma invited her to a few activities, the Hastings native started to change her mind. She was sold on the idea when they helped her navigate campus on the first day of classes.

“They were really supportive right from the get-go,” said Lopez, a communication disorders major with a Spanish minor.

Lopez was “super shy” when she first arrived at UNK. Now she’s president of the sorority and treasurer of the Multicultural Greek Council.

“My social skills have definitely improved,” she said.

Another benefit, Santos said, is the sorority and fraternity members push each other to excel academically.

“There’s that extra motivation,” she said. “We strive for academic success, because that’s the reason we’re in college.”

Many of the sorority and fraternity members are also involved with UNK’s Office of Student Diversity and Inclusion, and 10 of them attended last week’s Association of Fraternal Leadership and Values conference in Indianapolis. The event is one of the nation’s largest Greek conferences.