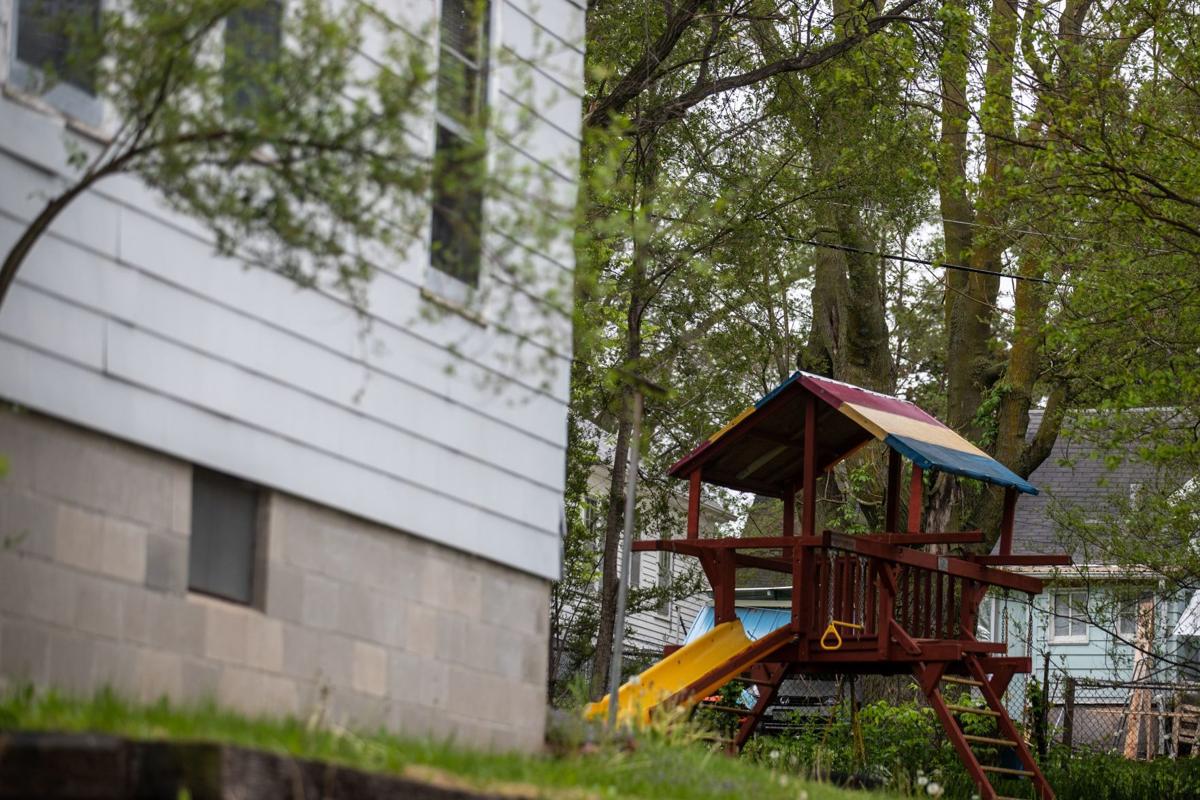 A child’s play structure with a slide sits in the backyard of 64-year-old Mattieo Condoluci on Tuesday. Condoluci, a registered sex offender, was found shot in his home at 4305 Pinkney St. over the weekend. James Fairbanks was arrested in connection with the case. 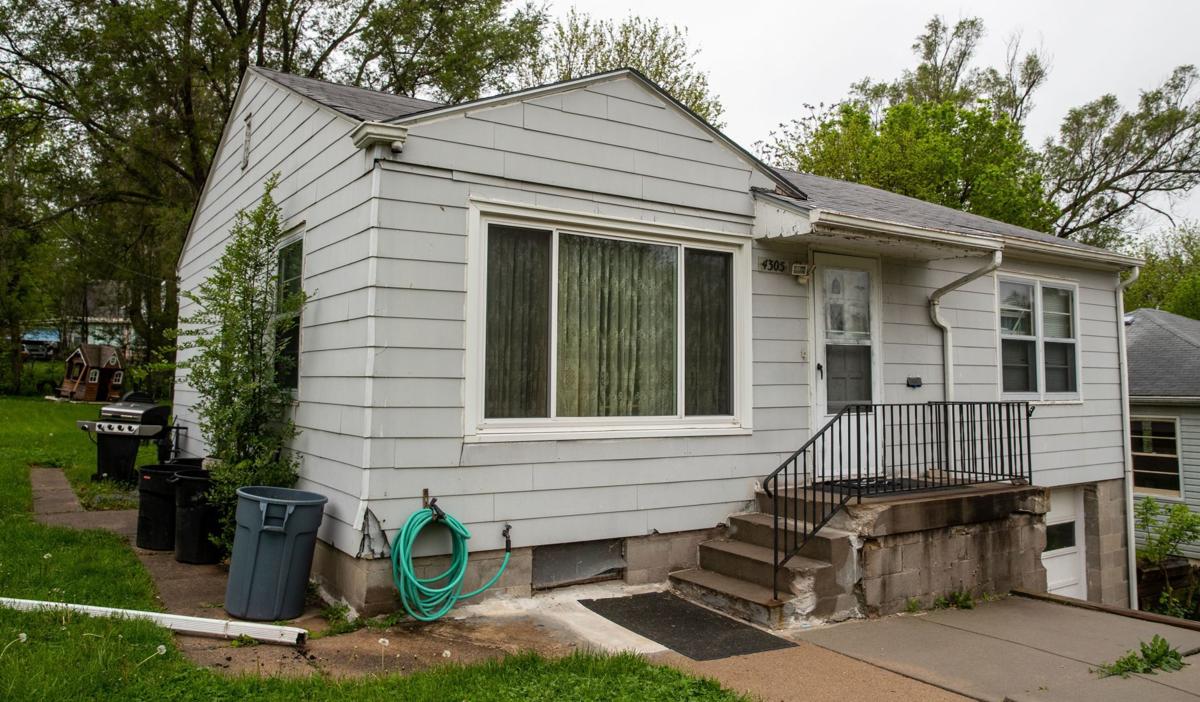 A child's playhouse sits in the backyard of 64-year-old Mattieo Condoluci on Tuesday. 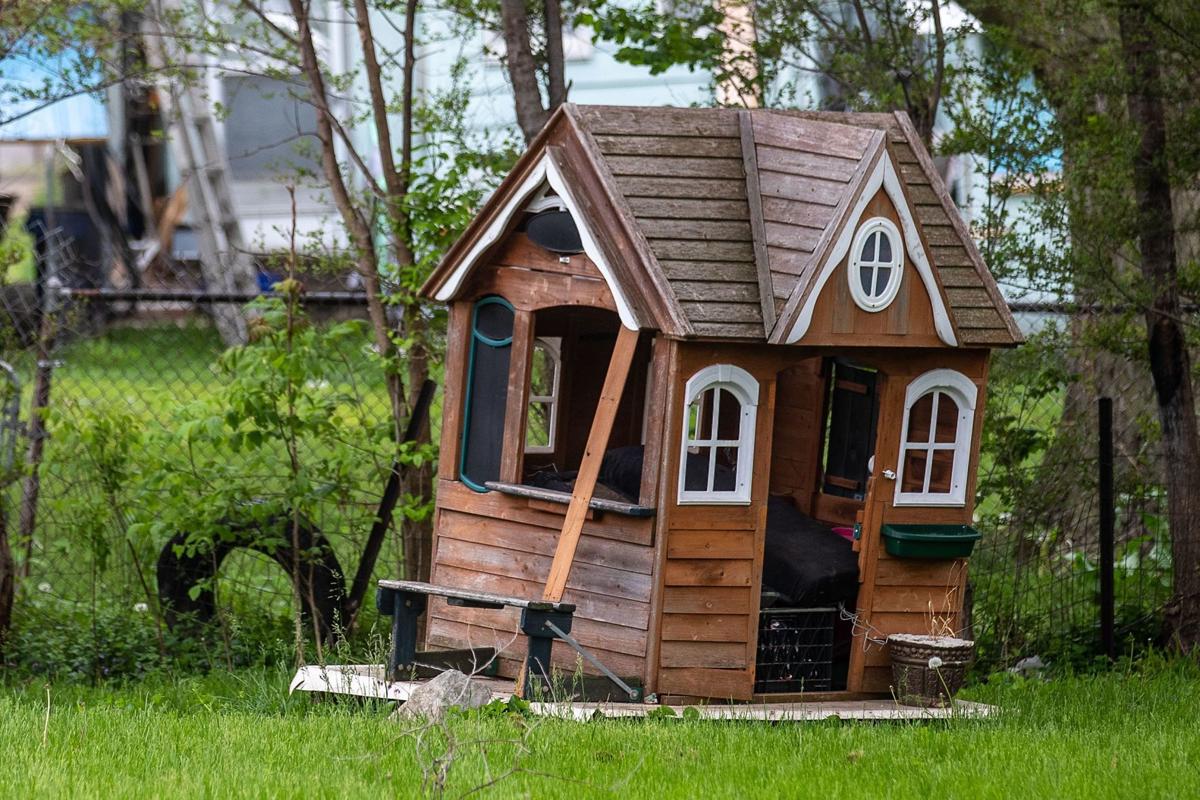 A child’s playhouse sits in the backyard of 64-year-old Mattieo Condoluci. Condoluci, a registered sex offender, was found shot to death in his home near 43rd and Pinkney Streets over the weekend. 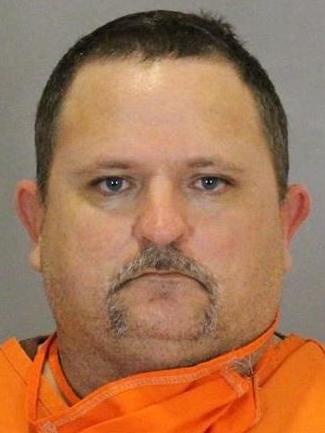 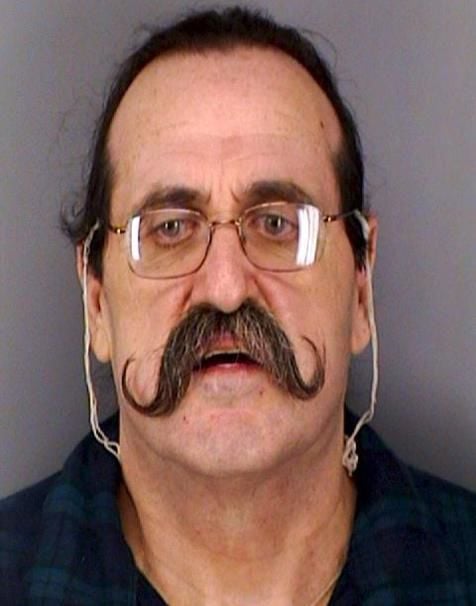 A child’s play structure with a slide sits in the backyard of 64-year-old Mattieo Condoluci on Tuesday. Condoluci, a registered sex offender, was found shot in his home at 4305 Pinkney St. over the weekend. James Fairbanks was arrested in connection with the case.

A child's playhouse sits in the backyard of 64-year-old Mattieo Condoluci on Tuesday.

OMAHA — An Omaha man accused of fatally shooting a registered sex offender probably was acting on his instincts to protect children, his former wife said Tuesday.

James P. Fairbanks, 43, was arrested Tuesday on suspicion of criminal homicide in the death of 64-year-old Mattieo Condoluci, who was found dead in his home at 4305 Pinkney St.

Fairbanks, a now-suspended Omaha Public Schools employee, was booked Tuesday into the Douglas County Jail and is awaiting his first appearance before a judge.

Chief Deputy Douglas County Attorney Brenda Beadle said Omaha police are still investigating the slaying, and prosecutors would know better Wednesday about charges that may be filed against Fairbanks.

But Beadle cautioned against vigilante justice.

“It’s a really dangerous thing, when people start taking law enforcement into their own hands,” she said. “That’s why we have a justice system.”

Fairbanks has no history of violent crimes, according to a review of court records, but his ex-wife, Kelly Tamayo, applied for protection orders against him in 2016 and 2018 while they were going through a divorce.

Tamayo said Tuesday that her ex-husband “called me yesterday afternoon and told me what he had done and that he was turning himself in to police.”

Fairbanks, she said, “was apologetic and asked me to tell the kids that he loved them.”

Tamayo said she and Fairbanks are the parents of two boys, ages 12 and 17. She said Fairbanks also helped her raise two children, now adults, from a previous relationship.

The writer of the email, sent to The World-Herald and other local news media outlets, claimed to have shot Condoluci after learning that he was listed on Nebraska’s sex offender registry. The author said he or she was apartment hunting in the neighborhood where Condoluci lived and learned of him while investigating the neighborhood.

“We are all in shock to say the least,” said Tamayo, who divorced Fairbanks in 2016. “Jim is a protector. He has worked with vulnerable kids his entire career. He took it very personally to protect his kids and other kids from (sex) offenders like that man was.”

Tamayo, who said she has a doctorate in psychology, said she thinks Fairbanks was “overwhelmed by the thought that this man was going to offend again.” He most likely was living in fear of that possibility, she said.

“He would have been that way because the penal system fails to rehabilitate these individuals,” she said. “They just put them back in our neighborhoods.”

Fairbanks is employed by OPS but has been placed on leave pending the outcome of the criminal investigation, said Jeremy Maskel, a district spokesman. Fairbanks had worked since December at the Secondary Success Program, the middle school-level alternative school at 3030 Spaulding St.

From October 2016 to December 2018, Fairbanks worked at Morton Middle School, near Interstate 680 and Fort Street. At both places, he was a paraprofessional, which included behavioral intervention work, Maskel said.

Tamayo said her ex-husband graduated from Lincoln High School. He had taken some college classes, she said, but didn’t have a degree. Before working for OPS, his ex-wife said, Fairbanks worked with troubled youths for a private company.

“He worked with some of the most troubled kids, and he never had to restrain them,” Tamayo said. “He was able to talk with them and calm them down.”

In March 2018, Fairbanks incurred a $1,000 bill for counseling services from Bryan Heartland Psychiatry and a Papillion urgent-care facility. Fairbanks, who once declared bankruptcy and made about $18,000 a year with OPS, never paid that bill, court records show.

Leading up to their divorce, Fairbanks’ behavior prompted Tamayo to apply for two separate protection orders. In one instance, she wrote that Fairbanks had been drunk in front of their minor children and “sent me threatening texts while out drinking.”

Fairbanks came to her home and “got in my face repeatedly in a threatening demeanor to scare me.” She also wrote that Fairbanks threatened “to scorch the earth” and kill a family friend.

“The idea of the divorce was extremely stressful for him,” Tamayo said Tuesday. “He was fearing that he could lose his connection with his kids. He said things in sadness, fear and anger that were perceived as threats, but he never acted violently. It was just personal in nature.”

According to the sex offender registry, Condoluci was convicted of attempted lewd or lascivious assault upon a child in 1994 in Florida and sexual assault of a child in Sarpy County in February 2007. Both are felonies.

Condoluci’s daughter, Amanda Henry of Omaha, said her father’s killer should be given probation.

“Murdering my dad was a horrible thing,” she said in an article that appeared in Tuesday’s World-Herald. “But children are much safer now, any other child he could have hurt is much safer.”

Tamayo said she felt relieved after reading the daughter’s statement in the paper.

“That’s all I can pray for,” Tamayo said. “As bad as (Fairbanks’) actions were, they came from a good intention to protect children from that man.”

Several people on social media lauded Fairbanks, many calling him a hero and saying he deserved a medal instead of being arrested.

Others said they planned to give money to his jail commissary account or a fund to hire an attorney.

The email from the person who claimed responsibility, which was sent Monday, included the subject line “Mattieo Condoluci Homicide” and came from a “Stop Predators” email address. The anonymous author claimed in the email to have killed Condoluci on Thursday evening, which was two days before police discovered Condoluci’s body.

The writer, who wrote of having worked with victimized children, said when he or she drove by Condoluci’s home, Condoluci was standing in his driveway “pretending to wash his truck (no soap or water just a rag) while staring at a group of children playing in the street. I watched him for a few minutes and just felt sick to my stomach. He just kept staring at them. The kids thankfully left and he went inside.”

For at least a brief period several years ago, Condoluci was a street minister to Omaha’s homeless. Through Disciples for Christ Street Ministry, he served meals at downtown Omaha’s Gene Leahy Mall and provided haircuts to homeless people. The ministry’s Facebook page was in operation from 2013-2015.

On the Facebook page, Condoluci talked about his outreach and asked for donations.

Laura Smith said it was that publicity that helped her find Condoluci, and about four years ago she started a Facebook page to warn others about him.

Smith’s Facebook page apparently caught the eye of the person who claims to have killed Condoluci. The email received by The World-Herald includes this passage:

“One kids mother had created a predator facebook page about him trying to warn people about him. Her son had been assaulted by him when he was 5 and the damage he did led the poor guy to die of a drug overdose years later and his mom directly blamed that incident on him.”

Mattieo Condolici 64, was found dead after police responded to a shooting call at 11:15 a.m. Saturday at his home at 4305 Pinkney St.

On Tuesday afternoon, she changed the name of her group from "Matt Condoluci (preditor)" to "Free James Fairbanks."