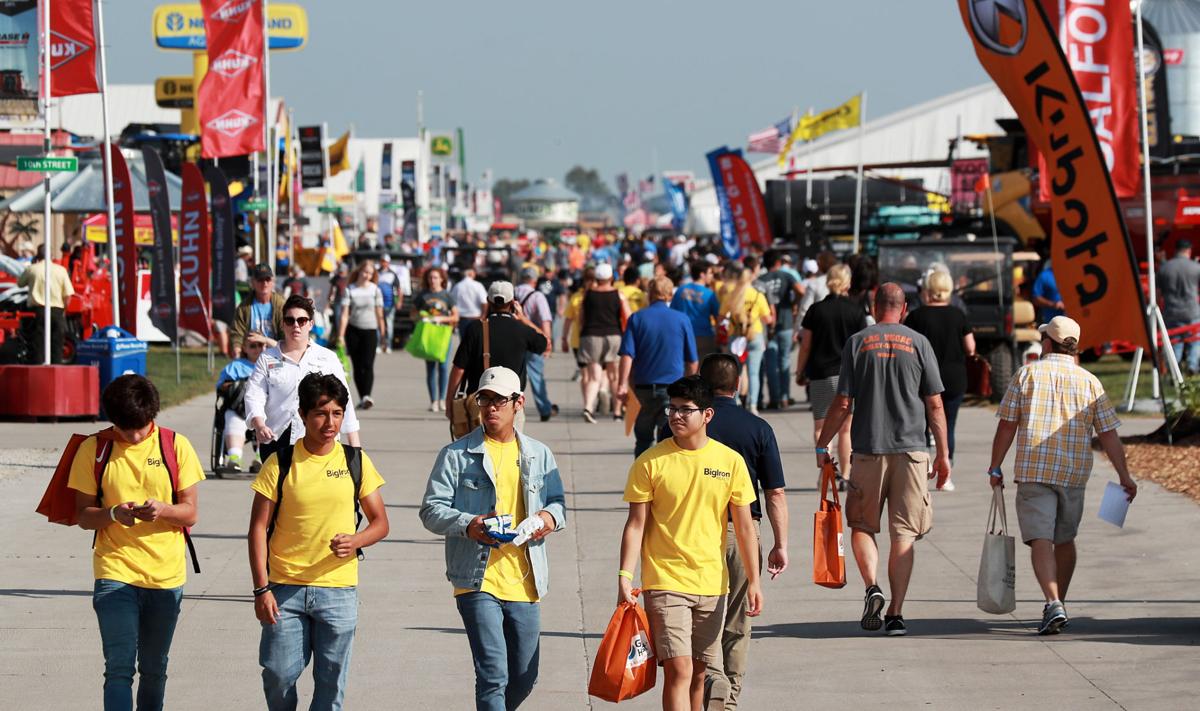 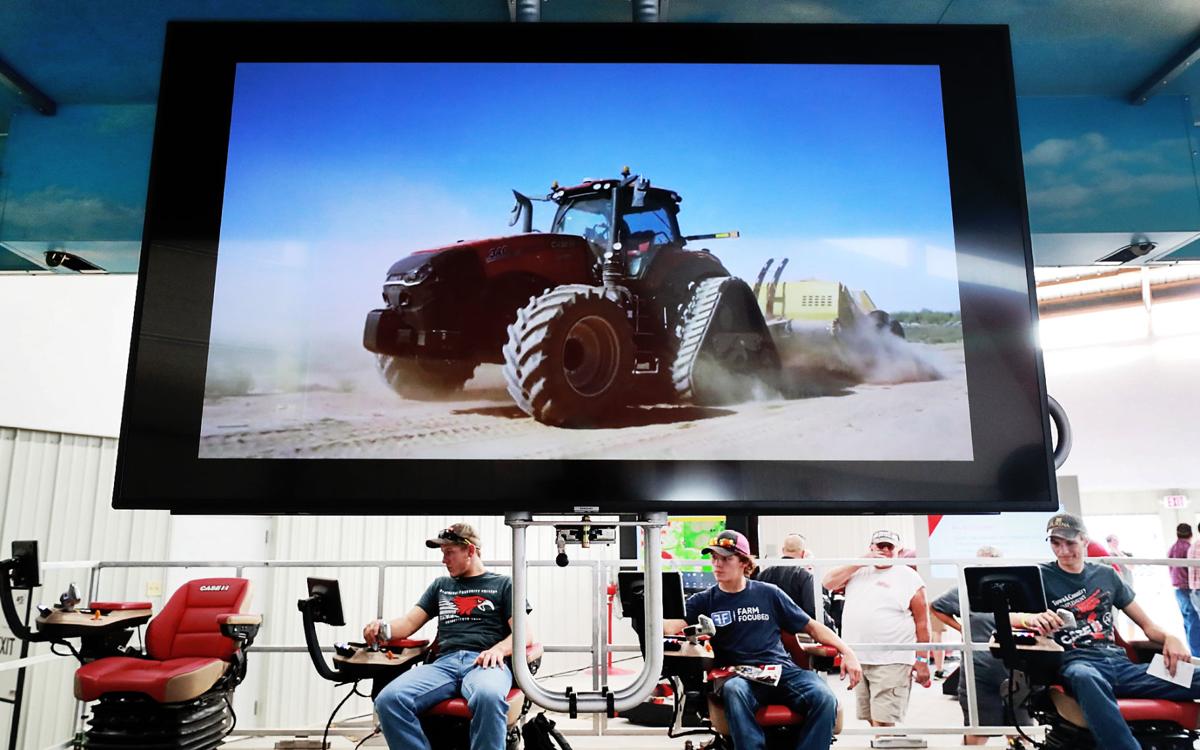 This year's Husker Harvest Days has been officially canceled due to coronavirus concerns. Northeast Community College students (from left) Ryan Brummels, 19, Jason Stukenholtz, 18, and Jeremy Kooima, 18, try out the tractor simulators in the tractor simulator area of the Case IH building last Sept. 11 at the Husker Harvest Days site west of Grand Island. 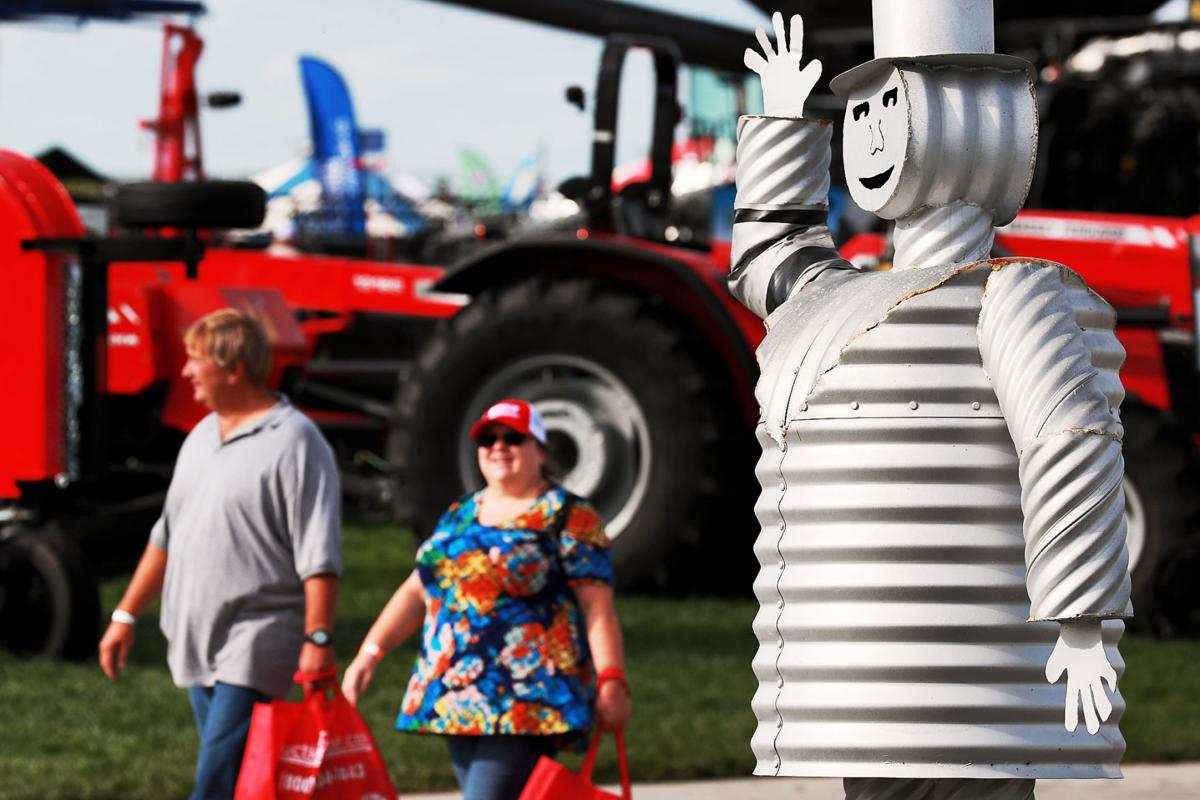 This year's Husker Harvest Days has been officially canceled due to coronavirus concerns. Northeast Community College students (from left) Ryan Brummels, 19, Jason Stukenholtz, 18, and Jeremy Kooima, 18, try out the tractor simulators in the tractor simulator area of the Case IH building last Sept. 11 at the Husker Harvest Days site west of Grand Island.

One of Hall County’s premiere events has been canceled for the first time in its history due to the COVID-19 pandemic.

“In the best interest of our visitors, exhibitors, partners and staff, Farm Progress has made the difficult decision to cancel both shows in 2020 due to rapidly changing conditions related to the COVID-19 pandemic,” organizers said in the statement.

Show management had confirmed earlier that Husker Harvest Days would be operated differently with social distancing requirements, along with other health and safety changes to the event.

While state and local officials had expressed support for both shows, Don Tourte, senior vice president for Farm Progress, said that in a short time it became apparent that the situation across the U.S. has rapidly changed.

“We have been working with officials in Iowa and Nebraska for our shows, and we appreciate the support they expressed for us to hold the events,” he said. “They are critical partners to us, and we are all disappointed to not host the events this year, but feel confident that this is the right decision for our community.”

Nebraska Farmer, working with the Agricultural Institute of Nebraska in Grand Island, started Husker Harvest Days in 1978 on 1,000 acres of former U.S. Army Ordnance land west of Grand Island, according to the Farm Progress website.

Husker Harvest Days has become one of the nation’s premier working farm shows with exhibitors and field demonstrations geared to Nebraska and western Corn Belt agriculture. It is the nation’s largest farm show in which all field crops and plots are irrigated. The half-dozen center-pivot systems and one lateral-move sprinkler that water those crops also are demonstrated during the show.

Visitors from Nebraska and more than 20 other states have attended the three-day event in the past, according to the website. Each year, visitors have the opportunity to see everything, from the latest in technology to seed to crop chemicals to field demonstrations to livestock handling and equine events.

Farm Progress events manager Matt Jungmann said in the statement that work normally would begin in the upcoming weeks to get both the Farm Progress Show and Husker Harvest Days set up, but that a decision needed to be made sooner, rather than later.

“We had to make a decision based on the current landscape so that our exhibitors and suppliers wouldn’t potentially waste valuable time and resources,” Jungmann said. “While we are hopeful that case numbers throughout the country will decrease soon, we felt compelled to make a proactive decision on our community’s behalf, given the information we have today.”

A virtual experience was already being planned as an extension to the live event. Jungmann said that while a virtual event won’t give growers the “true tire kicking experience” of being at the show, the events team is gearing up to deliver “a robust and dynamic digital experience.”

Cindy Johnson, president of the Grand Island Chamber of Commerce, said in a news release that the chamber understands the decision to cancel Husker Harvest Days.

“Husker Harvest Days is one of the premiere events our community hosts each year,” Johnson said. “We (and the tens of thousands of attendees) look forward to learning about new equipment and new crop production and ranching techniques. We certainly understand the decision to cancel but mid-September will not be the same without the vendors and attendees in our community.”

The chamber said it looks forward to next year and the continuation of Husker Harvest Days in the future. Until then, it encourages those who were planning to attend the event to participate in the virtual experience that is being planned.