Empty lodging facilities at Camp Ashland, Nebraska. The Department of Defense is provide temporary lodging support for up to 1,000 passengers being evacuated from China to the U.S. in response to the coronavirus outbreak there. 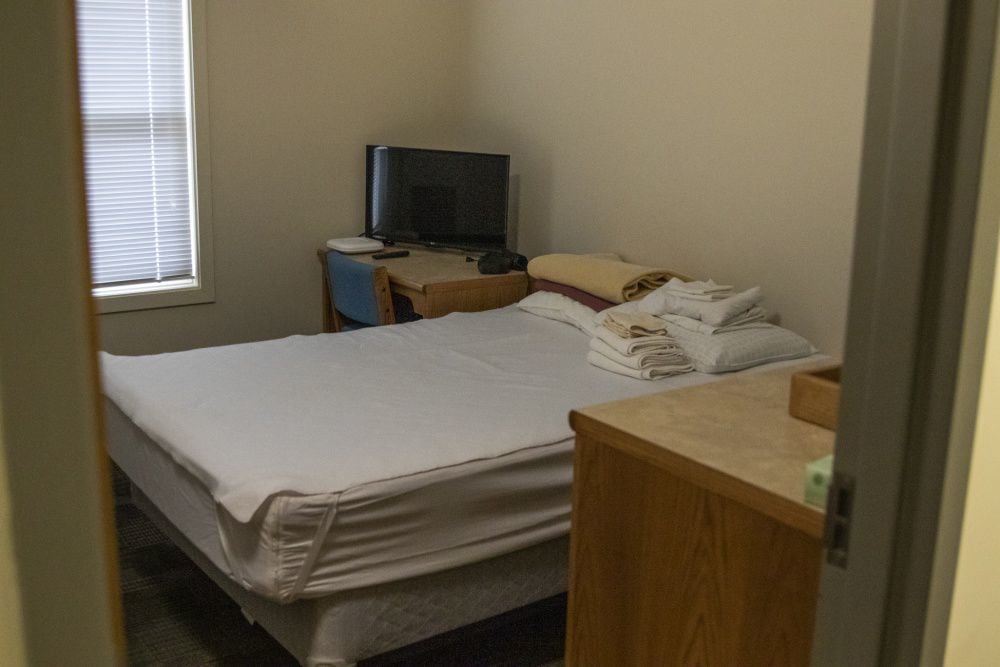 A photo of lodging facilities at Camp Ashland.

A photo of empty lodging facilities at the Camp Ashland Training Site in Nebraska. The Department of Defense is providing temporary lodging for up to 1,000 travelers being evacuated from China to the United States in response to the coronavirus outbreak there. The Nebraska National Guard is preparing to provide housing support to the University of Nebraska Medical Center and the federal Department of Health and Human Services should Camp Ashland be chosen as a quarantine site. The Guard has identified three unoccupied lodging quarters with 85 rooms, and three other vacant buildings available for use to DHHS. 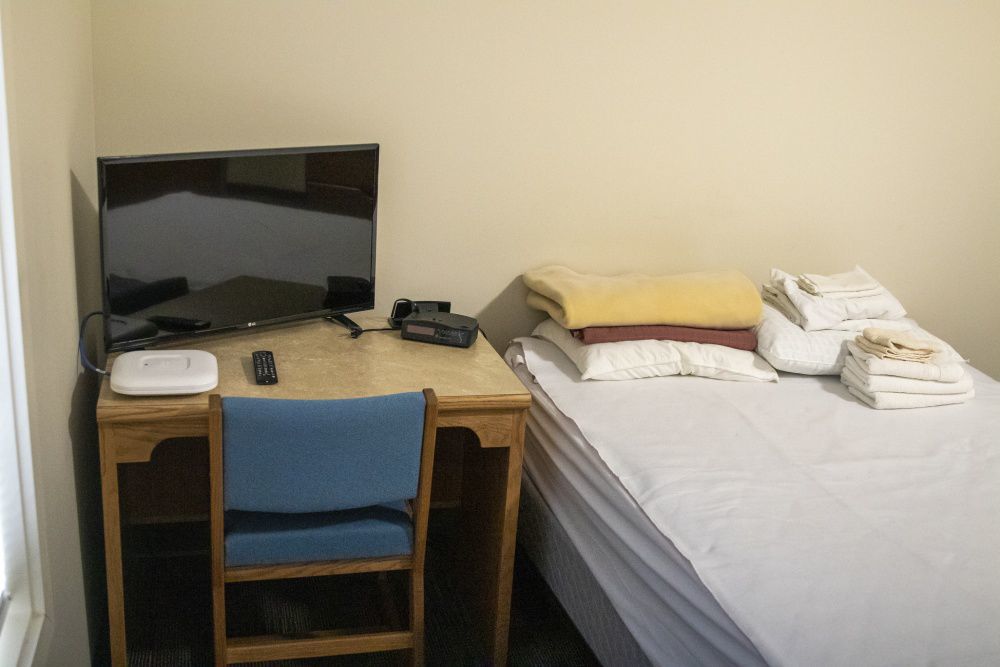 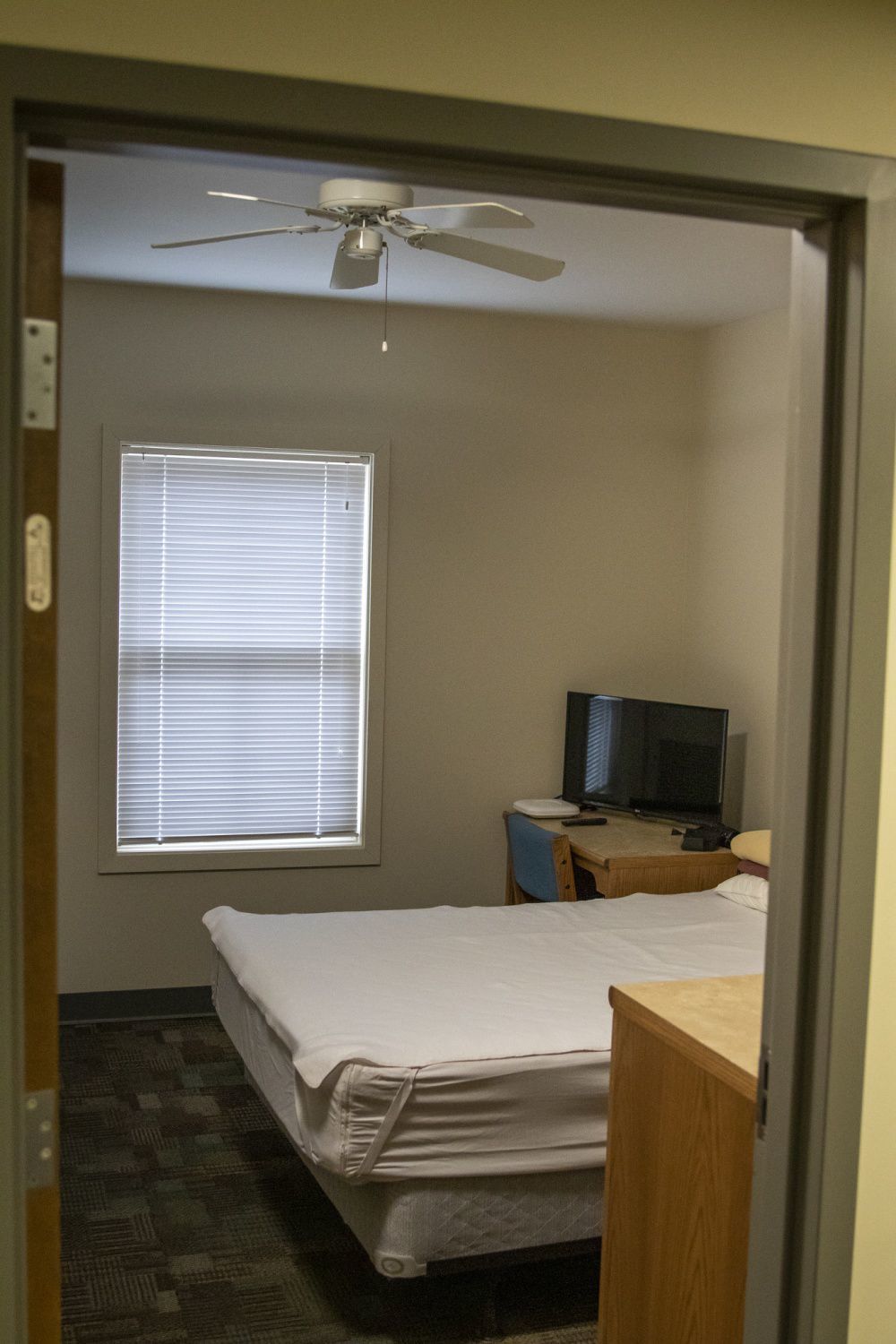 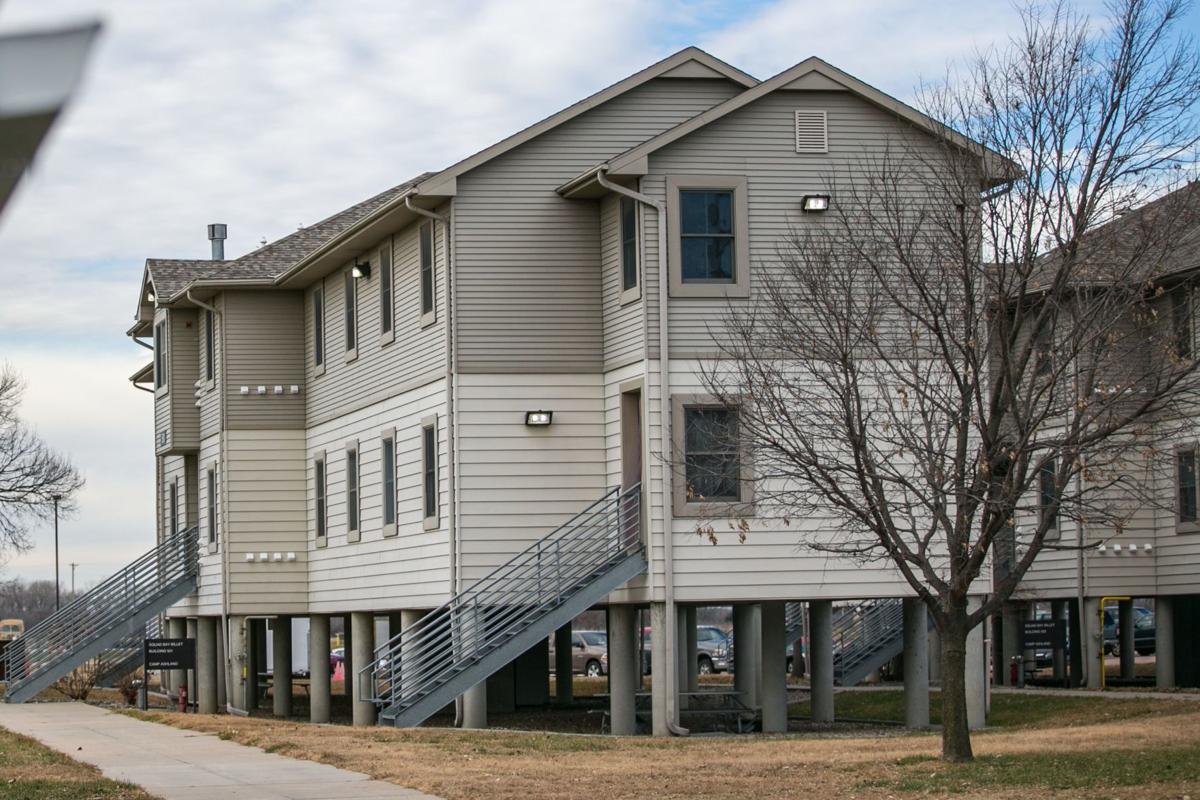 One of the buildings at Camp Ashland where travelers from Wuhan, China, will be quarantined in hotel-style rooms after arriving in Omaha.

Empty lodging facilities at Camp Ashland, Nebraska. The Department of Defense is provide temporary lodging support for up to 1,000 passengers being evacuated from China to the U.S. in response to the coronavirus outbreak there.

A photo of lodging facilities at Camp Ashland.

One of the buildings at Camp Ashland where travelers from Wuhan, China, will be quarantined in hotel-style rooms after arriving in Omaha.

Passengers from Wuhan, China — the epicenter of the novel coronavirus outbreak — will arrive this week at Omaha’s Eppley Airfield, among other airports, federal officials said Wednesday.

They then will be quarantined at Camp Ashland, a National Guard camp near Ashland, Nebraska, a Nebraska Medicine spokesman said later Wednesday.

The planes arriving at Eppley and three U.S. military bases will be met by a team from the federal Centers for Disease Control and Prevention sent to assess the passengers’ health, the CDC said.

The Eppley passengers will arrive “in a remote and isolated aircraft parking area and will NOT be inside the Eppley Airfield terminal,” said a statement from Taylor Wilson, a Nebraska Medicine spokesman. “The arrival of the flight will have no impact on Omaha passengers, and flight operations at Eppley Airfield will remain normal and unaffected.”

Wilson said Eppley was chosen as the arrival point for the passengers because the medical center has partnered with the airport during drills and other quarantine transport operations since caring for patients with Ebola in 2014. “It’s what our team is most comfortable with,” he said.

The passengers, the CDC said, “have been screened, monitored and evaluated by medical and public health personnel every step of the way, including before takeoff and during the flight. CDC staff will conduct risk assessments to ensure the health of each traveler, including temperature checks and observing for respiratory symptoms.”

The new coronavirus that has emerged and spread widely in China is a respiratory illness. Symptoms can range from none to fever, cough and shortness of breath.

The CDC said the passengers will be issued quarantine orders upon arrival at their designated quarantine location. “This legal order is intended to protect the travelers, their families and the community. This quarantine order will begin on the day the flight left Wuhan and will continue for up to 14 days. Medical care will be readily available at the first onset of symptoms, if needed.”

The CDC did not specify how many passengers would arrive on each flight or the day they would arrive.

Nebraska Medicine doctor on coronavirus: Prepare for the worst, hope for the best

Nebraska National Guard officials told The World-Herald on Monday that Camp Ashland could be used as a temporary quarantine site for Americans returning from China while they’re under observation. Nebraska Medicine, which is the University of Nebraska Medical Center’s clinical partner, confirmed Monday that Camp Ashland was the proposed location for the Americans to be housed if they were to be brought to Nebraska. Wilson’s statement Wednesday confirmed the location.

A team from UNMC toured Camp Ashland on Sunday.

Wuhan visitors won’t eat at the camp’s dining hall, use the fitness center or otherwise have contact with soldiers in training, said Maj. Scott Ingalsbe, a Nebraska National Guard spokesman.

The CDC said the agency will work with state and local public health departments to transport any passengers exhibiting symptoms to a hospital for further evaluation. In Nebraska, those patients will be taken to the UNMC campus for treatment.

In a Wednesday news media briefing, Dr. Nancy Messonnier of the CDC said two planes have landed or are landing soon and two others will be landing Thursday. She did not specify when the Eppley-bound plane would arrive.

Ingalsbe, from the National Guard, said it’s still not clear how many passengers from Wuhan are coming to Camp Ashland, or when they will get here.

“It’s changed so many times,” he said. “When they arrive at the gate is when the National Guard will be able to say that they’re there.”

Three two-story buildings with a total of 85 hotel-style rooms have been reserved for the Wuhan passengers, he said. Three single-story barracks buildings will be used for administration and logistics, though no one will be staying in them, he said.

The single-story buildings were gutted in the floods of March 2019, Ingalsbe said, but they have since been repaired.

Nebraska Medicine doctor on coronavirus: Prepare for the worst, hope for the best

"I think we can fully anticipate we will see introductions of novel coronavirus into the United States," Dr. Mark Rupp said.

No symptoms of coronavirus: 57 evacuees from Wuhan healthy and settling in at Camp Ashland

The group includes a toddler who will celebrate his first birthday in quarantine.