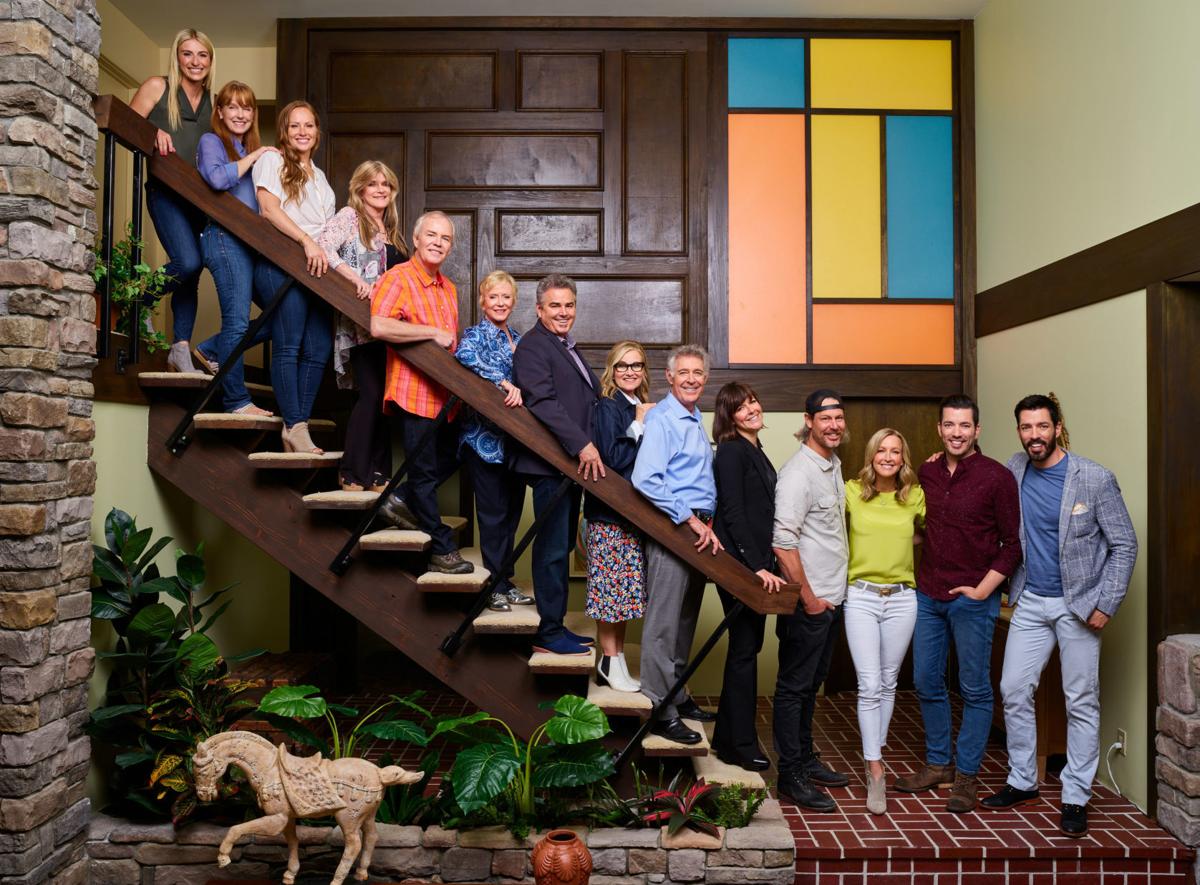 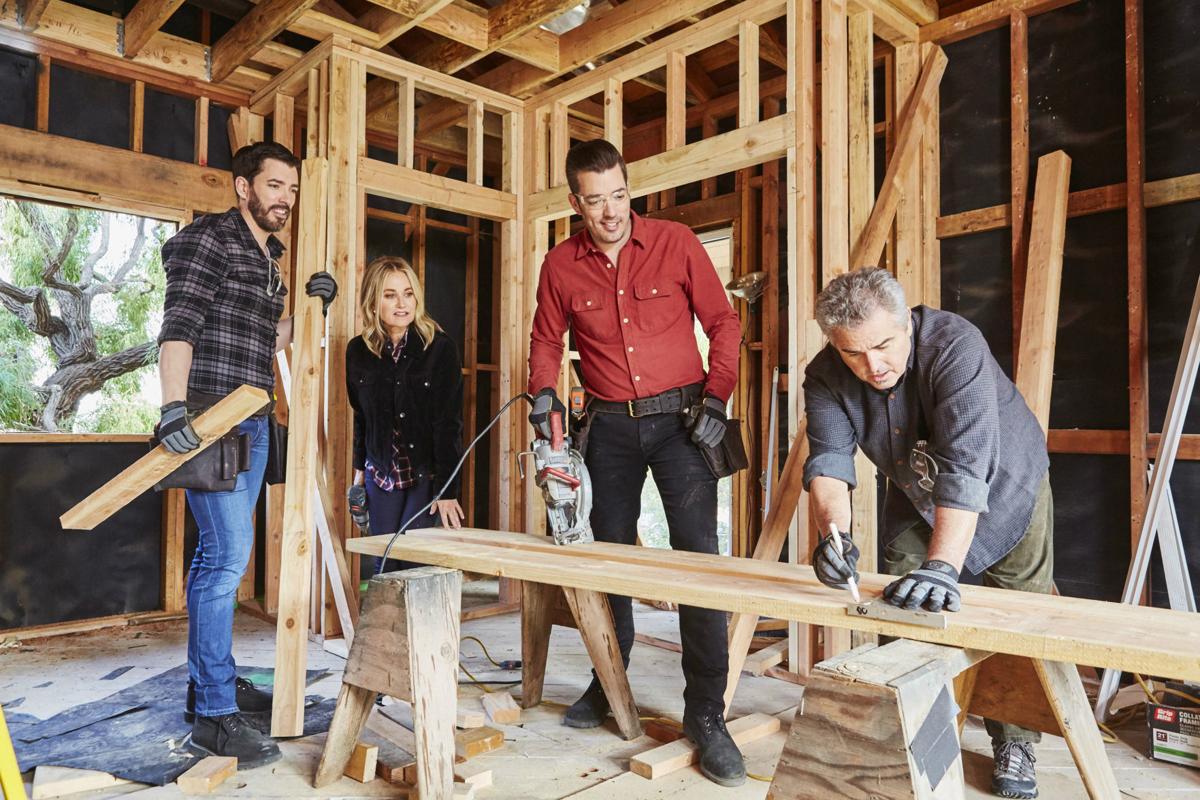 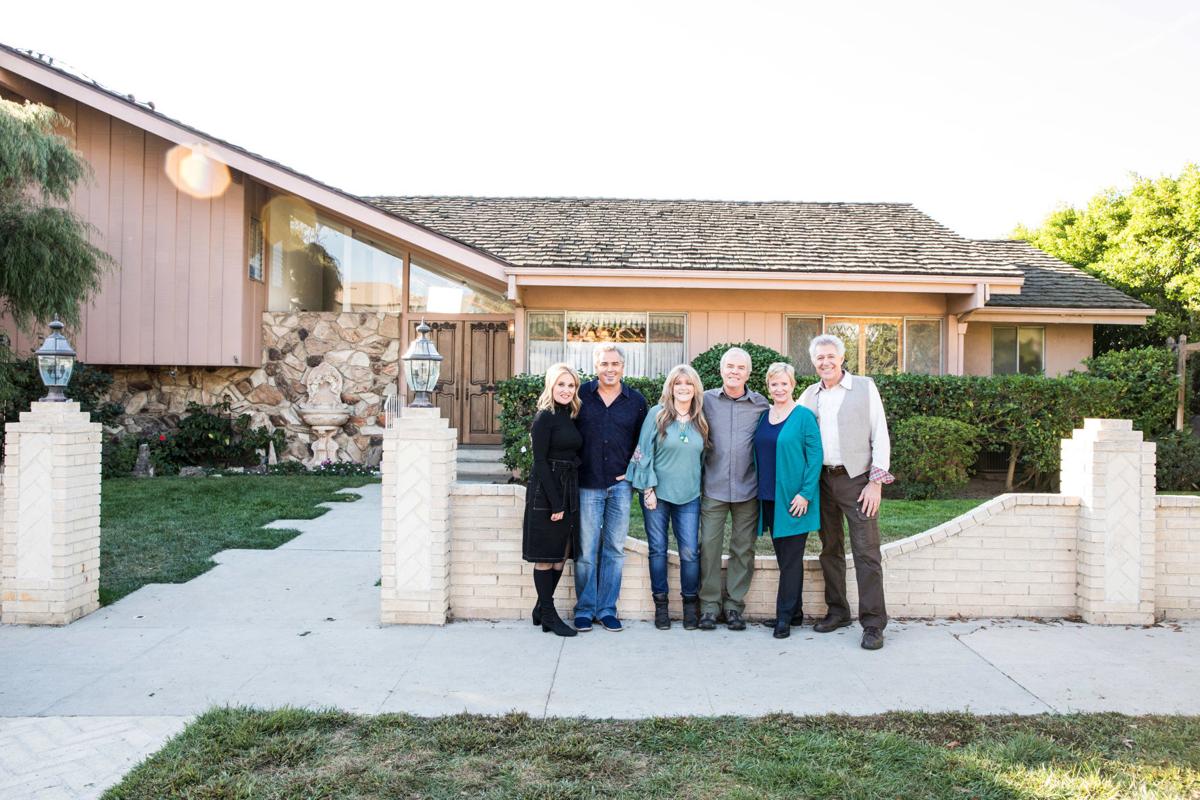 From left, the original cast of kids on "The Brady Bunch," Maureen McCormick, Christopher Knight, Susan Olsen, Mike Lookinland, Eve Plumb and Barry Williams, stand in front of the house that served as the exterior of the family home.

From left, the original cast of kids on "The Brady Bunch," Maureen McCormick, Christopher Knight, Susan Olsen, Mike Lookinland, Eve Plumb and Barry Williams, stand in front of the house that served as the exterior of the family home.

Susan Olsen, who has long since accepted the fact that the world will always know her as the lisping kid sister of the Brady family, says she had never bothered to go look at the house on Dilling Street in North Hollywood. Except for exciting location shoots in Hawaii and the Grand Canyon, her childhood experience of co-starring in the "The Brady Bunch" kept mainly to Stage 5 at the Paramount lot in Los Angeles.

PHOTO GALLERY: See some photos of the Brady kids then and now in a gallery at the end of this story

One day, in 2011, something weirdly magical happened. Her friend, the songwriter and artist Allee Willis, called Olsen and said, "I've got the Wienermobile tomorrow," and asked if she wanted to tool around in it with her.

Why not? One thing led to another on their drive, and the famous Oscar Mayer promotional vehicle eventually ended up at the Brady house - so-called because it's the house originally seen in the exterior establishing shots of the TV show, which premiered 50 years ago this month. Tourists seem to always be there, taking selfies and lurking around.

"Allee says, to her dying day, she will never forget the look on all the tourists' faces," Olsen said, "when the Wienermobile pulled up and Cindy Brady got out."

After hearing Olsen tell that story to a roomful of rapt TV critics in July, I wished for an enormous, gilt-framed, realist painting of this wholly American moment: At the center of the painting is the house that is merely a false representation of what everybody believes it to be; to one side is the Weinermobile, a perfect melding of technology with mass-produced appetite; out of it emerges the one true Cindy; in the background are the faces of startled onlookers. And, maybe, while we're at it, we could add in the majestic presence of a 10-point buck, and George Washington, and palm trees against a pinky-blue California dusk.

Instead I will settle for a home-renovation show.

Unlike others in their boomer and Generation X cohort - who every day wage the epic family battle of what to do with Mom and Dad's old house and copious belongings, while split-level suburban ramblers are sold as teardowns and thrift stores bulge with unwanted yet meaningfully meaningless mid-century bric-a-brac - the original actors who played the six stepsiblings on the ultimate '70s sitcom "The Brady Bunch" have returned to TV to perform this emotional ritual in reverse.

On the irresistibly nostalgic four-episode miniseries "A Very Brady Renovation" (premiering Monday on HGTV), the Brady kids reunite to assist some of the network's stars with a massive, six-month remodeling of the house. To put it back precisely as the audience perceived it. The original "Brady Bunch" ran for five seasons, followed by a permanent loop of reruns, revivals and remakes in the pop-culture consciousness. Those kid actors are now in their late 50s to mid 60s. (Imagine: Marcia on Medicare.) Robert Reed, who played their father, Mike Brady, died in 1992. Florence Henderson, who played their mother, Carol, died in 2016. Ann B. Davis, who played their beloved housekeeper, Alice, died in 2014.

Without having to explicitly say so, "A Very Brady Renovation" works as a curious form of closure, which is slightly more interesting than its more obvious acts of groovy restoration.

Cheerful and inviting as the show might be, its mission is to put everything back the way it was, the way Mom and Dad had it - a final attempt to see if we can Make Brady America Great Again, down to finding the right pattern for the tastefully garish living room sofa, or using 3-D printing technology to restore the horse statuette that sits on a credenza, or hunting for the correct finial knobs that go on the backs of the dining room chairs. A significant part of Monday's episode is spent debating whether it will be acceptable to rebuild the famous Brady stairway with 11 steps instead of 12.

To bring up the fact that none of it was ever real - that "A Very Brady Renovation" is indeed a costly and pointless attempt to put a layer of new fake on top of the old fake - is to look for logic where it need not exist. As the house comes together, the Brady cast's faces reflect an almost profound wonder at the passage of time. The show is covertly speaking to us about mortality. It tells us something about the surprising degree to which the past can be retrieved, to say nothing of the lengths that 21st-century TV producers will go to retrieve it.

"It's a strange kind of place between fiction and reality," says Christopher Knight (aka middle son Peter Brady), as he gazes around in the house/not-the-house in the first episode.

"It's the Brady Zone," Olsen adds.

Much was made of the house's availability when it went on the market in 2018, as-is, for the first time since 1973. (Asking price: $1.88 million.) The house has for years been a drive-by curiosity; the former owners' attempts at privacy included painting it pale pink and erecting a decorative, knee-high brick wall on the lawn's perimeter.

Still, it is unmistakably the house. Hundreds of purchase offers poured in (including one from former boy-band singer Lance Bass), but HGTV prevailed, and set about recruiting the very Brady actors to participate in this very corny effort. Several of them, it turns out, were dutiful yuppies who became savvy real estate investors, gaining some hands-on renovation experience along the way.

With the help of a design chief, a contractor and a construction crew, a grand plan emerges to make the inside of the house conform precisely to "The Brady Bunch" stage interiors - from the orange Formica in the kitchen to the Jack-and-Jill bathroom shared by the six kids, to the groovy attic that a teenage Greg Brady (Barry Williams) claimed for his own, to the resentment of his stepsister Marcia (Maureen McCormick).

Shepherded by HGTV's favorite camera hogs, "The Property Brothers" (Jonathan and Drew Scott), and with help from the stars of "Restored by the Fords," "Hidden Potential," "Flea Market Flip" and "Good Bones," the project involves turning the one-story house into a two-story house, to add some 2,000 square feet of new living space without changing the essential street view.

"Just know that if any of this is wrong, we'll be put out to dry," Drew Scott warns his HGTV colleagues. "All of America will know exactly what this house is supposed to look like."

In fact, all of America pitched in: The hunt for vintage furnishings became an online group effort, with collectors proudly volunteering their wares - down to the decorative plastic grapes on a coffee table and a curio cabinet that stands between the dining room and kitchen. Other treasures were unearthed in deep storage at Paramount.

And what becomes of the house, once finished? Turning it into a museum won't work for the neighborhood, which has suffered enough Brady mania. HGTV is giving away a week's stay at the house as part of a promotional contest, but beyond that, the network's plans for the property are unknown.

A more interesting question is what becomes of the people. At HGTV's news conference and a '70s-themed cocktail party in Beverly Hills - at which guests could have their picture taken and inserted into the center "Alice" spot on a souvenir 3-by-3 "Brady Bunch" grid - the actors seemed particularly comfortable, mingling cheerfully in the crowd. There is no question or joke or heartfelt sentiment that they have not heard before.

Many of them worked hard to get beyond Bradyness, others used it for what it was. To some degree - remarkable amid known cases of child-actor syndrome - they mostly stayed out of headlines. They stayed out of prison. They stayed alive. They kept working, some in other fields. Mike Lookinland, who played Bobby Brady, has spent the past 14 years running a company that makes concrete countertops. When the group agrees to take a professional Brady gig, he said he has to call Williams or Knight and ask if he can borrow their agent.

While "A Very Brady Renovation" succeeds as a metaphorical exercise in the ersatz, the real fascination lies in that other story, about six people who spent their lives being Brady and Not Brady, and the preservation of one's truest self.

PHOTOS: 'THE BRADY BUNCH' THEN & NOW