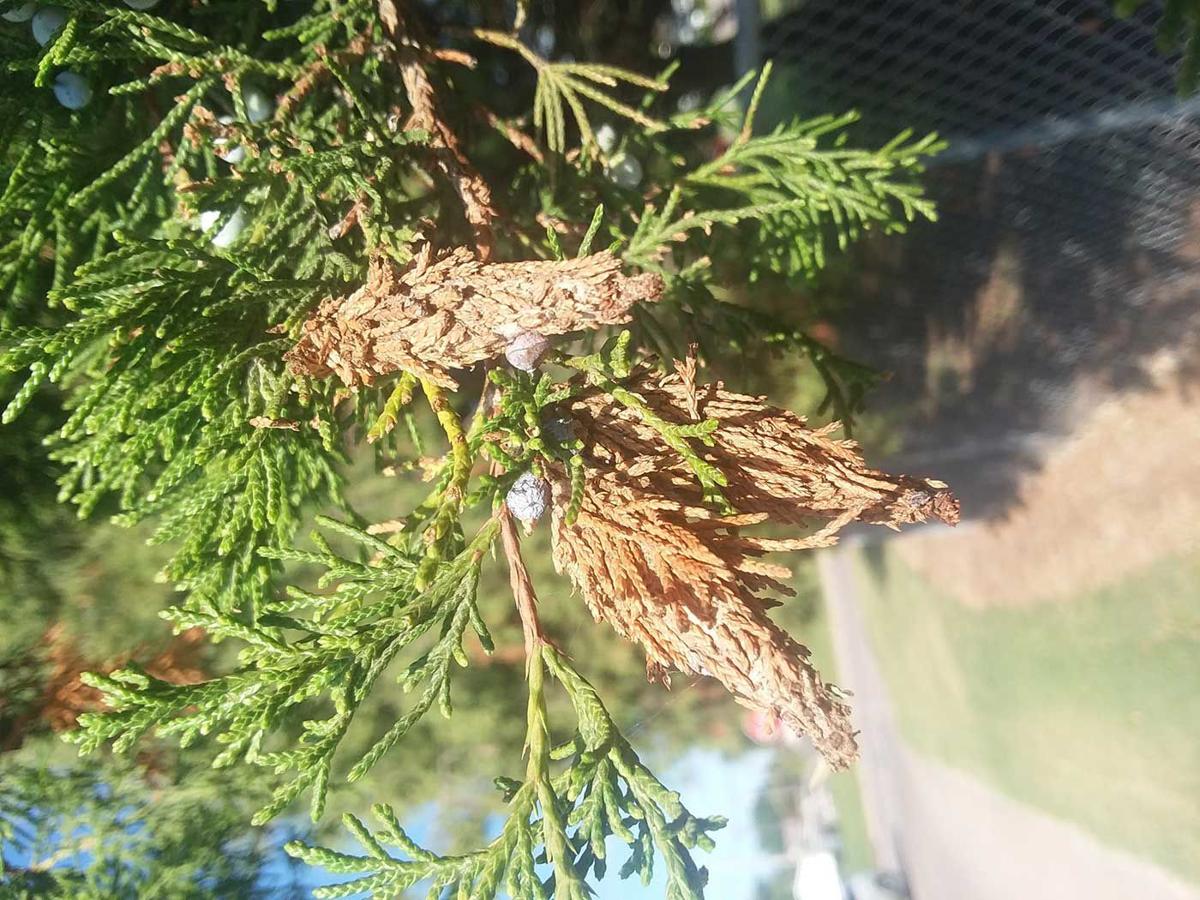 Hand pulling and destroying bagworms is the only foolproof way to get rid of them. 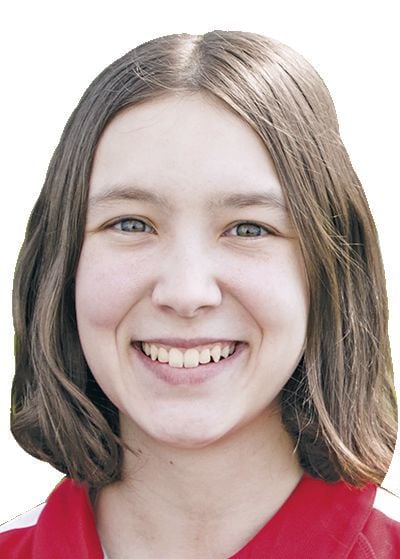 Miranda Earnest, the new horticulture aide for Buffalo County Extension, is a 2015 Aurora High School graduate. She received her bachelor’s degree from the University of Nebraska-Lincoln on May 4, with a major in horticulture and minor in plant biology.

If you have evergreen trees or shrubs in your landscape, you may want to go examine them. If they have little bags about 2 inches long that are roughly diamond shaped and look like they are made out of pine needles, those are not pine cones. Those are worms that have chewed on your tree and then made a silk bag and lined the outside with needles from your tree. They are creatively called bagworms. Yes, that is what they’re called. The good news is that at this point in the year they are no longer chewing on your trees or shrubs. The bad news is that they are working on laying eggs for next year to increase the population of bagworms that chew on your landscaping.

Each female can lay up to a couple hundred eggs in the fall before she dies. These eggs start hatching in late May. They emerge from the mother’s bag by a strand of silk, which can be blown to other trees and areas. This is how bagworm infestations spread from plant to plant, despite the female bagworms not being able to fly. As the tiny bagworms feed, they etch the surface of the needles and take pieces of needles to form the outside of their bags. This has a negative effect on the ability of the needles to perform photosynthesis. Throughout the summer, the bagworms continue to feed and the bigger the worms get, the bigger the bags get. They can be up to 2 inches long. Then around August, the female bagworms seal themselves inside of their bags. After the bags are sealed, the only option for treatment is to hand pull them. Because the bag is sealed, any chemical used will have no effect on the bagworm inside. The bags are difficult to see because they are made out of the plant material around it. If the branch or tree has been fed on heavily enough it will cause die back and dead needles. The infestation can strip a tree within a few years of being infected with bagworms. While bagworms most often are found on evergreen trees and shrubs, they also can be found on deciduous trees, the ones that drop their leaves in the fall.

The best way to get rid of bagworms is to hand pull them and destroy them. There are a few different methods, so choose whichever is easiest for you. The simplest option is to drop them in bucket of soapy water, rubbing alcohol or kerosene. You also can crush the bags under foot, but be sure to get all of them. If you simply drop the bags on the ground, the bagworms will crawl back into your tree. You also can gather the bags and then burn them. As long as you pull the bags off the plants between now and May, you will reduce the population of bagworms for the next year.

Bagworms are not a serious problem if controlled, but over the course of several years they can kill a tree and spread to others if they are not controlled. They start hatching around late May depending on the environmental conditions that year. Chemical treatment should start around late June so that most of the bagworms have hatched, but they still are young enough to be susceptible to the insecticide. In August, the bags start to close, and once they have closed, insecticide treatments will not have any effect. Hand pulling the bags always is an option, but don’t drop them on the ground. Crush them, put them in soapy water, rubbing alcohol or kerosene and dispose of them. If you have any questions, feel free to contact me at the Buffalo County Extension Office, at 308-236-1235, or mearnest2@unl.edu.