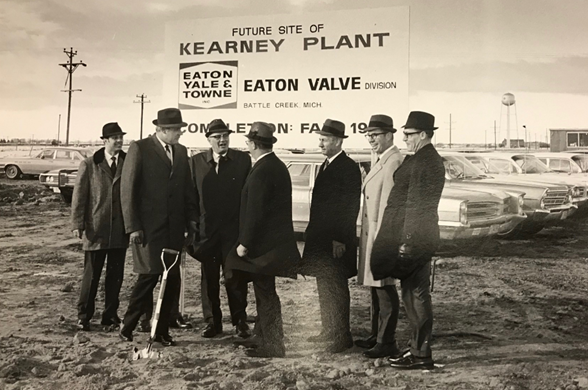 Nebraska Gov. Norbert Tiemann and Eaton Corp. Chairman of the Board E. Mandell deWindt presided over the Sept. 12, 1969 groundbreaking for Eaton’s new engine valve factory in Kearney. The people-first management and employee relations philosophy introduced at the Kearney plant now is in use around the globe and has been translated into 32 languages. 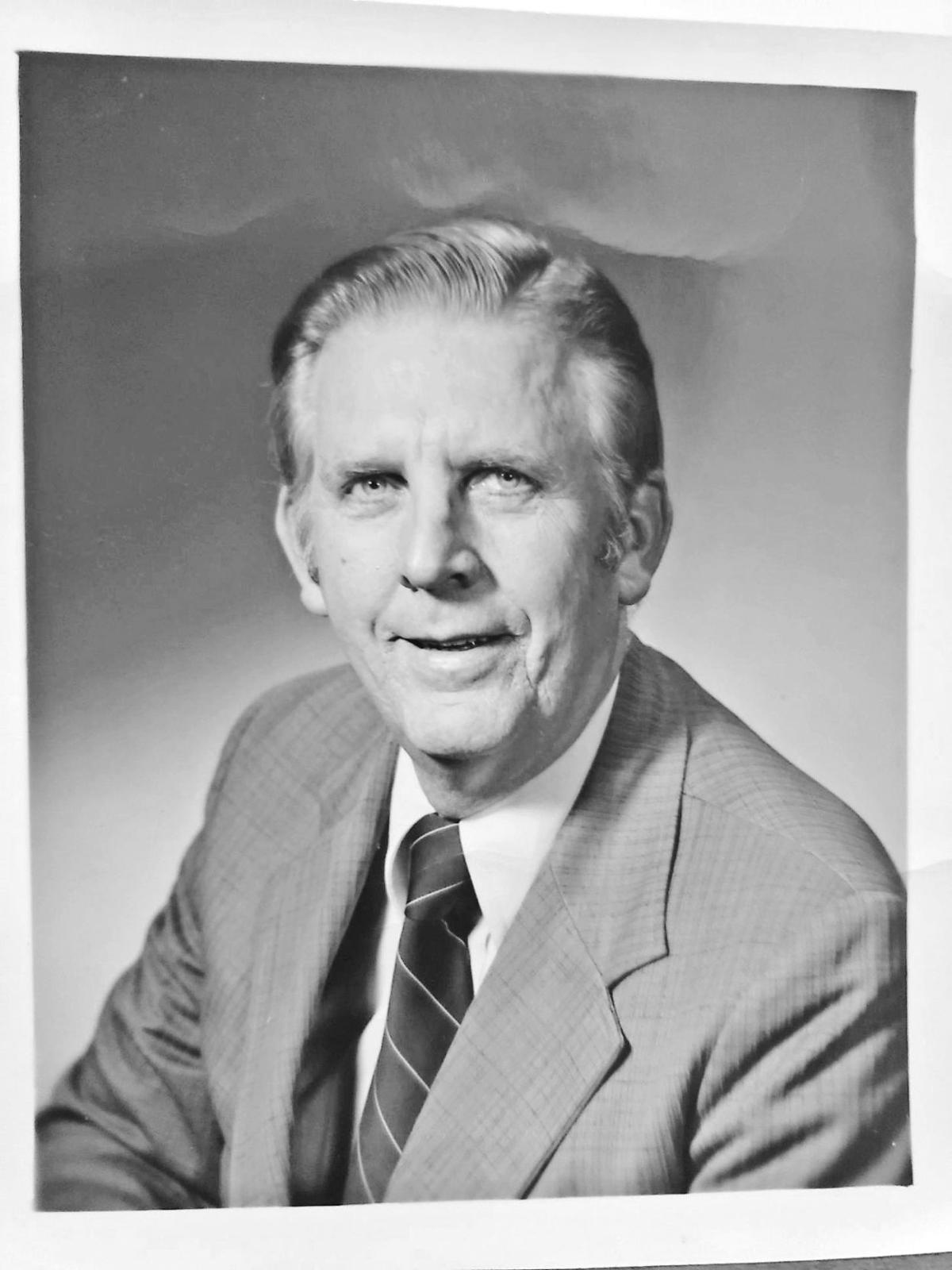 THE AUTHOR, of Sheboygan, Wis., is the son of Phil Ensor, who was the first personnel manager at Eaton Corp.’s Kearney plant, that opened in 1969. He is responding to a Hub report about the introduction of the “Eaton Philosophy,” which initially was applied in the Kearney plant 50 years ago and eventually was translated into multiple languages and used at Eaton facilities globally.

My dad, Phil Ensor, did all the hiring needed to staff the new Kearney plant and get it up and running. He worked with people like Don Roberts, the plant’s first general manager, to put all the pieces in place to make the new facility a success. At the time, we were living in Kenosha, Wis., where dad was working at another Eaton plant. He then was assigned to the Kearney plant, even before the groundbreaking, so he could get a head start on hiring the many skilled workers who would be needed in the production of engine valves.

You can’t just snap your fingers and have a skilled workforce show up magically on the first day. Starting a new plant, especially one with a new approach to worker relations, took time, planning and lots of hard work. Dad spent a lot of time away from home and family, getting to know Kearney and especially the people. He was a first-rate people person.

When I was old enough to understand, dad shared stories with me regarding his experiences during the early hiring process at Kearney. Here are a couple of those stories:

One Saturday morning he got a call from work telling him there were four gentlemen wanting to see him about jobs. They had heard about the new Eaton Philosophy being implemented in Kearney and wanted to learn more about it. He arrived and found out the four were from the Monroe shock absorber plant in Cozad. All were highly skilled and a beautiful fit for Kearney.

But he told them he could not, in good conscience, consider hiring them without consent from Monroe. He knew that taking this many skilled workers could possibly harm Monroe. The four men soon returned after getting the needed consent. They were hired and were highly valued Eaton employees for many years. One of them was Bob Dyer, whose wonderful career with Eaton was described in the Hub’s article. By the way, Monroe called later and asked dad not to hire any more of their skilled workers. It could cripple their plant.

On another day, dad got a call from Eaton headquarters in Cleveland, Ohio. It was a VP telling him that Rockwell International senior management in Pittsburgh, Pa., had contacted Eaton with concerns over hiring practices in Kearney. Was Eaton aggressively working to attract employees from their current jobs? Dad had hired some skilled people from Rockwell. Dad and the VP met in Pittsburgh with the senior managers at Rockwell. They assured them Eaton had not advertised for employees in Kearney, but used word-of-mouth to recruit. They explained the new Eaton Philosophy — trusting employees to do their best — and Rockwell understood why potential employees would be attracted to Eaton.

As quoted in the Hub, my dad also often said that the strong farm work ethic in the Kearney area produced a great source of very good employees. He told about people who worked nearly 30 years or more without taking a single sick day. He really appreciated and admired their dedication.

About 15 years ago my sister, Susan, and I accompanied dad to an Eaton retirees picnic in Kearney. He talked with several people he had hired. He also spoke to the group about the early years and how much he admired them as people and workers. He had been retired from his second career as Goodyear’s international director of organizational development. It was an experience that meant so much to him.

A final note about dad, he created the term, “silo,” to describe organizational dysfunction when different groups and departments are not working well together. “Silos” has become part of corporate language. It makes me smile and think of dad when I hear the term used.

My father, mother (Patricia), two sisters (Sally and Susan), and I all were very sad to leave Kearney when dad was reassigned to Eaton headquarters in Cleveland in 1972. We have never forgotten the people or the experiences we had in Kearney. It truly made a lasting impression on us.

Dad died in May 2018. I know that sharing some of his experiences at Eaton-Kearney would make him smile.

EDITOR’S NOTE: The author earned a doctorate in animal science from Colorado State University with a concentration in meat technology. He works for Johnsonville Sausage in Sheboygan Falls, Wis. He credits his Kearney Junior High coaches — Paul Norblade, Tom Anderson and Dick Swett — for instilling in him a strong work ethic. He lettered in cross country and track at Ohio State University.