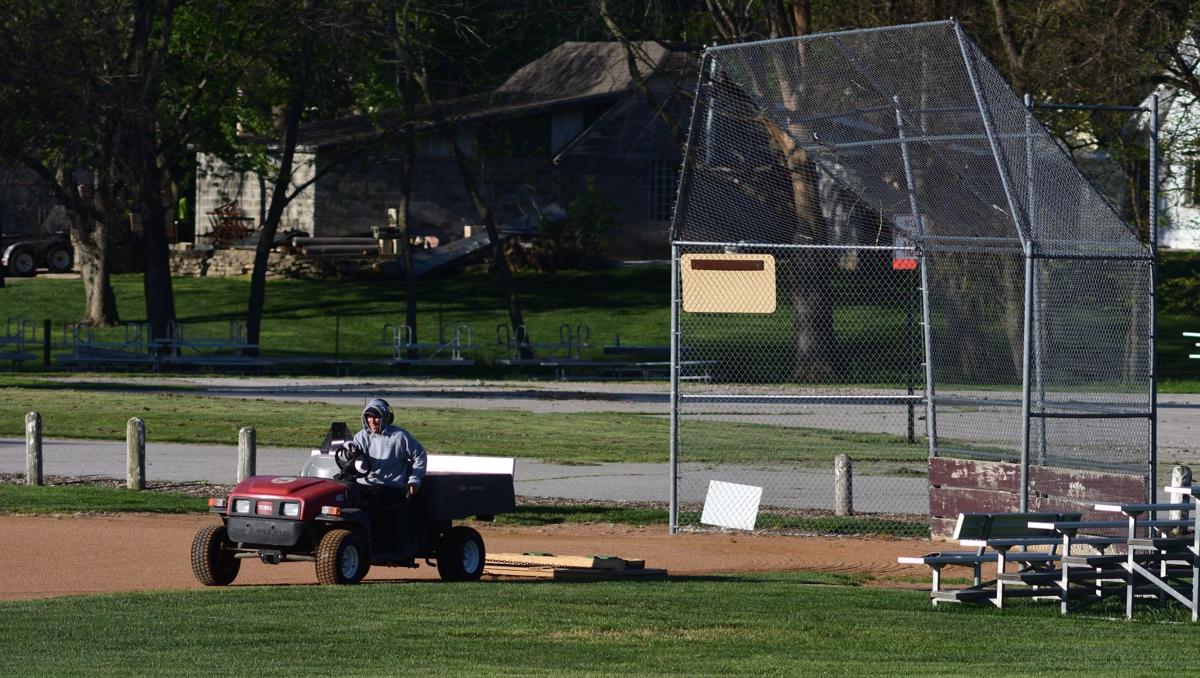 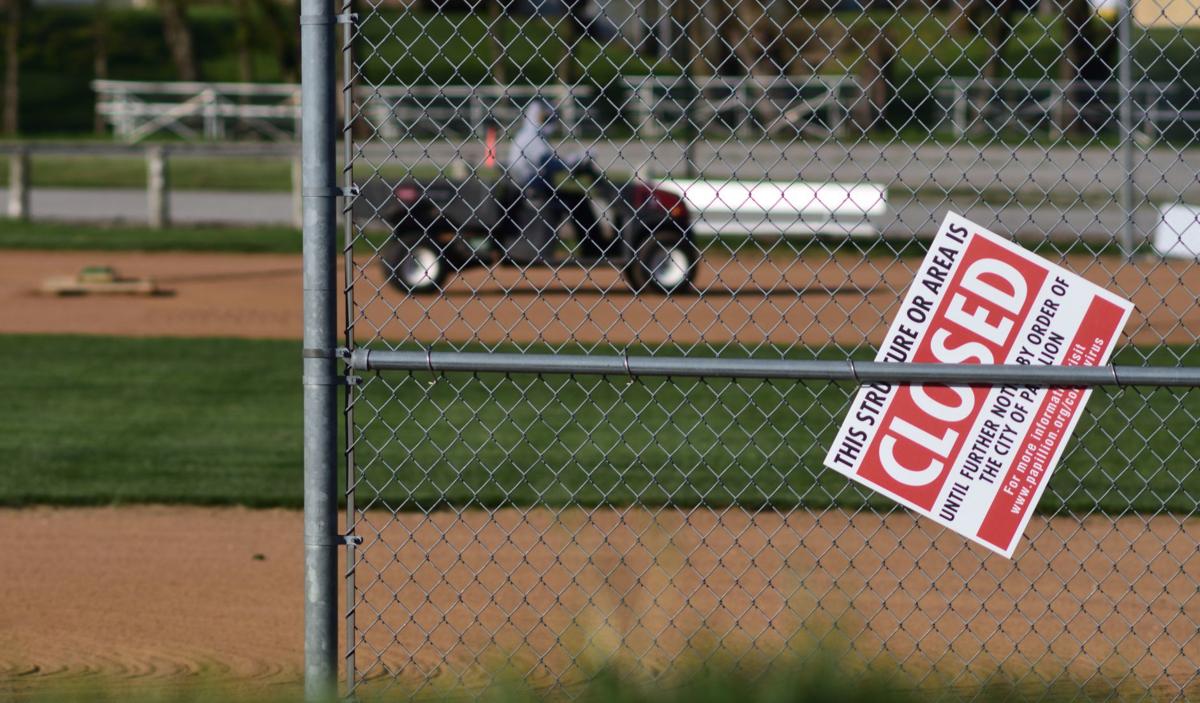 LINCOLN – Nebraska Gov. Pete Ricketts on Monday announced guidelines for youth baseball and softball to get underway in June.

Practices can begin on June 1 and games on June 18. Among the restrictions is no spectator use of bleachers.

Additionally, schools can open weight rooms on June 1 subject to social distancing – no more than 10 in the room and they must be six feet apart.

"We're stepping into this slowly to see how this works," Gov. Ricketts said.

Why baseball and softball?

"Because they're the sports that are more socially distant anyway," he said. "And we want to take this a step at a time, roll this out, and see how we can make this work."

State Education Commissioner Matt Blomstedt said that officials will be watching how players, fans and coaches interact to see how it works and what they can learn in restoring sports in the fall.

Blomstedt said that the baseball/softball guidelines were developed with an eye towards "what's safe and what works" for teams, games and practices.

"We expect to learn from this," he said.

He said schools were getting a lot of questions about the use of their facilities for sports.

He heads up an effort called "Launch Nebraska" which deals with how to reopen schools and all activities.

The below guidelines apply only for team sports. Individual sports such as golf and tennis (including doubles tennis) are not prohibited under any Directed Health measure. However, participants must practice social distancing.

- No organized team sports games for youth and adults.

- No team organized sports practices for youth and adults. This prohibition includes any practice, training or group exercise program organized by a coach of a sports team.

- Businesses and organizations that provide sports training and that sell memberships to provide such training are allowed to offer sports training as long as they follow the same guidelines as fitness centers/clubs, gymnasiums health clubs and health spas, no team organized training is allowed.

- Schools are permitted to open weight rooms for use by all student athletes as long as they follow the same guidelines as fitness centers/clubs, gymnasiums, health clubs and health spas.

- Team organized practices for baseball and softball may begin unless circumstances dictate a change in date.

- Dugout use will not be allowed. Players’ items should be lined up against the fence at least six feet apart.

- Parents must remain in their cars or drop off and pick up players afterwards.

- Players should use their own gloves, helmet and bats as much as possible.

- Players must bring their own water/beverage to consume during and after practice. No shared drinking fountains or coolers.

- Players must bring their own snacks to consume during and after practice. No shared communal snacks.

- Coaches must sanitize shared equipment before and after each practice.

- Team organized practices for other sports may remain suspended.

- Baseball and softball games may begin unless circumstances dictate a change in date.

- Same guidelines apply as above for baseball and softball practices.

- Use of dugouts is permitted during games only. Bleachers located between the dugout and home plate should also be used to spread out players. Players should have designated spots to place their personal items. Coaches must designate an adult who is responsible for ensuring players are seated on the benches, unless they are actively participating in the game.

- Players should use their own gloves, helmets and bats as much as possible.

- Fan attendance is limited to household members of the players on the team. No use of bleachers for fans. Fans must bring their own chairs or stand. Fans should keep six feet of social distance between different household units. No fan seating or standing is allowed in the area from behind home plate to six feet past the far end of each dugout.

- Teams to play next must be provided designated areas for player warm-ups that provide for necessary social distancing.

- Post game handshakes or interaction between teams are prohibited.

- When games end, the leaving team must sanitize the dugout area. No postgame talks at the field are permitted. Fans and players must leave the playing area and return to their cars immediately after the game.

- The team to play next must remain in their designated warm up area until the prior team has finished sanitizing and is completely out of the dugout.

- Fans for upcoming games must remain in their cars during player warmups. They will be permitted to come to the field once the team they are there to watch enters the dugout area.

- Restrooms must be cleaned and sanitized regularly while players and fans are present. Markings should be placed on the ground to ensure individuals waiting to use the restroom, or space six feet apart.

- Players must bring their own water/beverage to consume during and after practices and games. No shared drinking fountains or coolers.

- Players must bring their own snacks to consume during and after practices and games. No shared communal snacks.

- Coaches must sanitize shared equipment before and after each practice and game.

- Concession stands are not allowed to be open.

- Team organized practices and games for other sports may remain suspended.

Nebraska high school athletes can hit the weight room in June, with restrictions

The limit of 10 people in a room with 6 feet of separation must be observed.

Gov. Pete Ricketts and Dr. M. Salman Ashraf reiterated that the course of the virus is somewhat dependent on Nebraskans.

Nebraska high school sports are in limbo. A calm June could change that

The hope is that, if there’s no spike in COVID-19 and social distancing guidelines can be relaxed further, more summertime activities can be brought on board.

The sports medicine advisory committee of the National Federation of State High School Associations (NFHS) in a release Tuesday said it believes “it is essential to the physical and mental well-being of high school students across the nation to return to physical activity and athletic competition.”